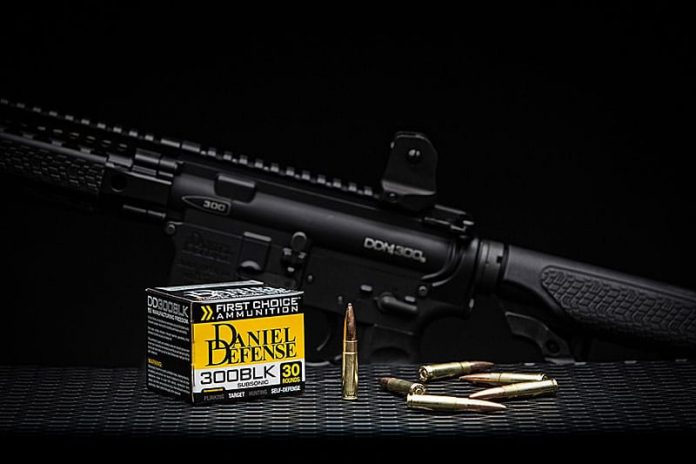 A company that was all 300 Blackout before 300 Blackout was cool has just introduced its first line of ammunition bearing its name.

And you guessed it, the first caliber is 300 Blackout.

Daniel Defense — which makes some of the finest AR rifles out there and has been a longtime favorite of Army Special Forces troops for years — just released its “First Choice” ammunition line in 300 AAC Blackout subsonic. The company has long made AR-pattern rifles in the silencer-equipped, SBR-optimized chambering and now adds its manufacturing acumen to bullets for its guns.

“We’re passionate about the launch of our 300BLK ammo,” said Cindy Daniel, Vice President of Marketing. “It represents a whole new era for our brand—one where we can now ensure that the ammo that goes into our firearms is as high quality as the firearms themselves.”