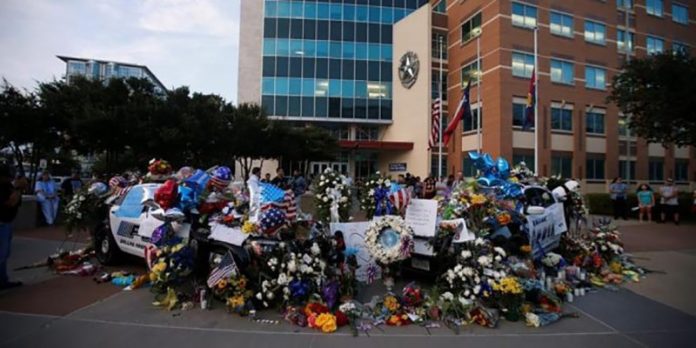 Every time a criminal breaks the existing laws the public and more so the politicians look for a way to prevent further tragedy. The recent events in Dallas that resulted in the death of 5 officers and even more left wounded showed the country exactly how much damage might be done by a single person who is willing to break the law and perform a violent attack while willing to die.

Accounts of how many gunmen, what gun was used, possible IED’s and additional equipment utilized by the assailant have been misreported, vilified without data, exaggerated and plain wrong in report after report. What should be credible news agencies have preferred to be first instead of right when it comes to reporting.

Initial reports surfaced of a network of shooters that included snipers. An innocent, open carry activist was broadcast as a potential suspect after he had already turned in his gun. Politicians were quick to vilify the deadly mass murder machine that we call the AR-15 without any indication that it was used. Pro-gun pages have been quick to spread the word that a WW2 era SKS was the rifle, in an effort to blow holes in the assault rifle argument. They look to be both wrong. Just because the news favors your cause does not mean it’s right.

With leaked images of the dead suspect after a bomb removal robot was used to deliver a bomb, it looks as if the gun used was an AK-74 Izhmash-Saiga. Either way, you can count on whatever was used to be at the center of a new gun debate.

The behind the scenes political and journalistic volley of this event, however, is that the shooter may have worn a bullet proof vest. Searches of the assailant’s home indicated that he had additional rifles, bomb-making materials and body armor. The type of body armor has not been made clear yet. Rest assured that body armor is likely to become a hot topic again in the coming weeks and months. Without it even being used in high profile crimes the House has looked at banning ownership of body armor or bullet proof vests in the past and may do so again now that they have a touchstone to use as an example.

Along with the typical homemade terrorist type items of guns, bombs, armor and such was a unique item. A journal, not of how Johnson was bullied his whole life or the mad ravings of an angry person living on the fringe of society. Instead, Micah Xavier Johnson had a detailed personal journal of combat tactics.

From the very first video released that showed Johnson gunning down an officer (Some believe it was Michigan native Michael Krol), it was cleer and obvious this murderer was trained and trained well. Use of cover, slicing the pie, advancing under ballistic cover and shooting on the move were all executed in an efficient and calm manner. It will not be a shock to me if we find that since his military career Johnson engaged in additional training to achieve his goal.

This raises the question of if guns are bad, ammo is bad, bombs are bad and are targets of restrictions and legislation what does that mean for training? Are we looking at this being the use case that politicians latch on to in an effort to limit civilian access to advanced training with handguns and long guns? Will we start to see classes by top notch trainers restricted to LEO and Mill only in an effort to safeguard our first responders? The logical person in me thinks it can’t be possible, the realist in me has seen inanimate object vilified too many times to think it’s not possible.

What does this all mean?

By now if you’re reading this blog you likely own a handgun and rifle. I’m not a speculation buyer. I have all the guns I will ever need and more so. While there are plenty more, I would like to own there are no more I need to own and reluctantly as you may be to admit this your probably in the same boat. Instead of focusing on adding one more AR, handgun, hunting or another gun to your cabinet concentrate on rounding out your protection equipment. Buy ammo, armor and training in bulk now, before additional registartion, legislation and complications occur.

If your counting on Body Armor as something you need that you will actually wear for any period we encourage you to look at AT Armor. It is the best armor for weight and protection vs. price on the market. If you are buying armor on a tighter budget or have no plan for continued use look at Ar500 armor for the most affordable solution on the market.

Get trained. The enemy is, be it lone gunman with military experience like seen in Dallas or militarized religious fanatics like found in Orlando are becoming better and better trained. Too many cowboys are watching John Wick movies and thinking they can hondo roll into a crowd and drop 20 assailants like the dudes in Boondock Saints. In the words of Steve Fisher “FACT, your living in a dream world”. The best way to stop a bad guy with a gun is a good guy with a gun. We have heard that over and over, most if not all of us believe that or we would not carry. However, a piece of paper that says Licensed to Carry doesn’t mean SHIT if you’re not training. I like to say the only thing that stops a bad guy with a gun is a better trained good guy with a gun. Be that better-trained guy. Sell a gun, pick up a second shift, sell some pmags, give handjobs under a bridge if you have to, but find the money to train at least 2 or more times a year with a suitably qualified instructor that keeps up on evolving tactics. In Michigan, I can recommend Sentinel Concepts, Ann Arbor Arms, 88 Tactical and MDFI. If your not at the skill level to take, their courses look at Dayton CCW, Weyer Tactical, DMI Performance or Southwick’s for those on the west side of the state.

Whatever you do, or buy at least take some time to consider your existing training, tools, and geography to determine how you and your family will handle a violent attack in public or at home. It is each of our responsibility to safeguard our loved ones and ourselves. Take some time to think about that when you enter the store, drive down the road or lay down to sleep for the night. God bless you all, and may your vigilance and preparation keep you all safe.