The Double action / single action design was once called a “Solution looking for a problem,” by Jeff Cooper. I don’t have the gravitas to argue with Jeff Cooper, but I’m afraid I have to disagree with the idea that DA/SA guns are silly. It’s my favorite system of firearm operation. DA/SA guns have a long history of innovation. Now every new pistol is some variance of the Glock for better or worse. With that in mind, I’ve collected five of the most innovative and influential DA/SA guns.

The Walther P99 is innovative because those pesky Germans took a concept traditionally designed for hammer-fired guns and made it a striker-fired system. As far as I know, this was the first DA/SA striker-fired pistol.

Its a polymer frame piece that is available in 9mm and 40 S&W. It comes complete with Walther’s trigger guard magazine release that you either love or hate.

The P99 does not get the respect it deserves, yet clones of it tend to be quite popular. 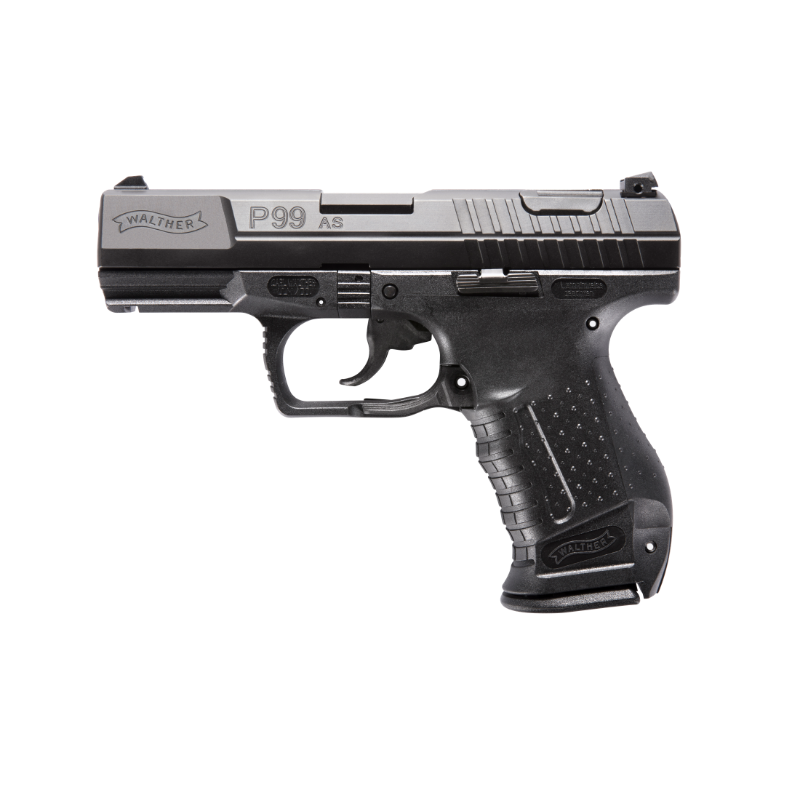 Those clones include the Canik series, as well as the Magnum Research MR9. S&W even teamed up with Walther to produce the SW99, a unique P99 model in which each company made critical components for the gun.

The Walther P99 has the best stock double-action trigger pull of a production gun. The single-action is superb and it’s a fantastic trigger design. The P99 features a button decocker placed on the slide and a pointy striker that lets you know whether the gun is cocked or not. 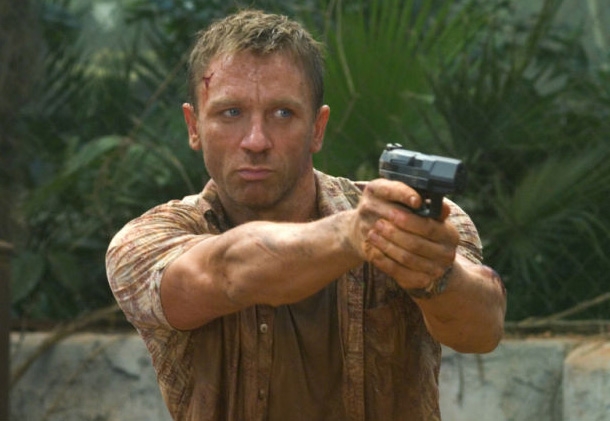 The AS trigger is also a unique trigger mechanism that makes your single-action trigger a two-stage design for the first shot. The first stage is nothing but dead air and length without weight behind it. It clicks and stays into the second stage. The Walther P99 is an odd duck, and unfortunately, it didn’t inspire any separate DA/SA striker fire designs, but it has been cloned a time or two.

The HK Mark 23 is a legendary firearm in its own right. It was developed as the first offensive handgun as part of the Offensive Handgun Weapon System. This early 90s project sought to arm Special Ops Commandos with an ultra-modern pistol for a close quarter’s battle role.

The HK Mk23 beat out the competition and was paired with an Insight and Wilcox Laser Aiming Module and KAC Suppressor. The Mk23 is a massive pistol and was not afraid to be a real chongus. The Mk23 is an extremely rugged weapon that’s strong enough to handle 45 Super loads without parts changing. 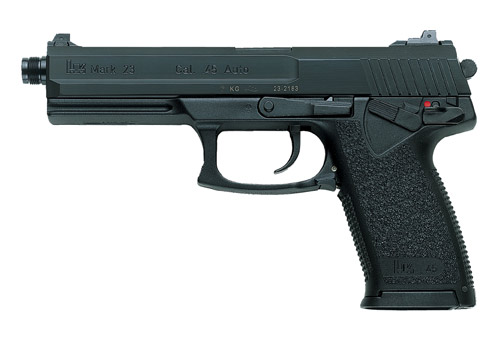 The weapon was subjected to extreme testing, including a 30,000 round endurance test, a hot and cold test, and was heavily exposed to dirt, mud, and sand. It functioned without issue and broke a mold on handgun design.

Of course, the Mk23 was a hammer-fired DA/SA design, and the choice made sense. Austere conditions might mean your ammo is subjected to less than perfect circumstances. The DA/SA design ensured you could get a second strike on a stubborn round if needed. 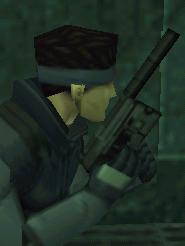 The manual single action also ensured you had a light and smooth trigger on command should you want to take a longer or more precise shot. The Mk23 broke the mold by being the first handgun designed for offensive use.

Plus, its the chosen handgun of Solid Snake, and if DA/SA guns are good enough for Snake they are good for me.

The Beretta Px4 Storm is an odd choice in the face of so many different DA/SA Berettas. The 92FS could easily make the list for its long life of service, but I find the Px4 Storm series to be more innovative. The gun is most certainly underrated and oft-ignored for reasons I can’t comprehend.

The Px4 Storm is a polymer frame, hammer-fired gun with a DA/SA action available in a full range of different sizes and calibers. The most innovative design feature is the rotary barrel, which dissipates recoil as the slide cycles. This rotary barrel makes the gun insanely easy to control and very comfortable to handle. 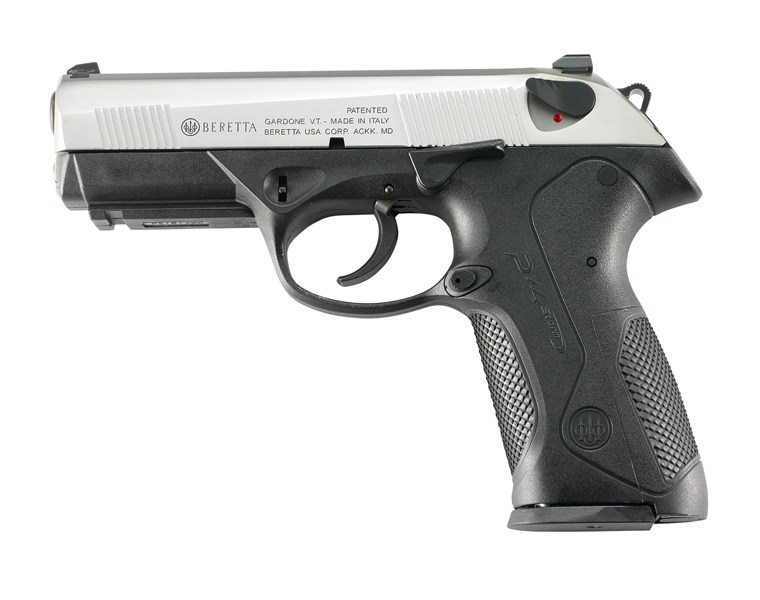 I would go as far as to say that the rotating barrel reduces muzzle flip and recoil as much as a compensator. This same technology is now being applied to the Glock 46.

The slide design is also smooth and slick for concealment purposes, and the Px4 series was a significant design leap from Beretta. The polymer frame made it a modern departure from the Beretta 92 series. At the same time, it kept the Beretta style safety/decocker that I’m admittedly not a fan of.

The Px4 Storm may have missed the boat popularity-wise because it was produced when the polymer frame striker-fired pistol took the throne as king of duty pistols. This might be one of the most modern DA/SA guns out there.

It’s hard to choose between the P220 and the P226 for this position. The P220 was the first modern P series SIG Sauer, but the P226 was the gun that put this Swiss/German gun maker on the map. The P226 is a very modern pistol chambered in 9mm, 40 S&W, and 357SIG. The design was initially built for the XM9 pistol trials in which it reportedly tied with the Beretta 92.

The P226 was adopted by the SEALs as the Mk25 and still sees service to this day. The all-metal pistol is very robust and durable with a bombproof design. 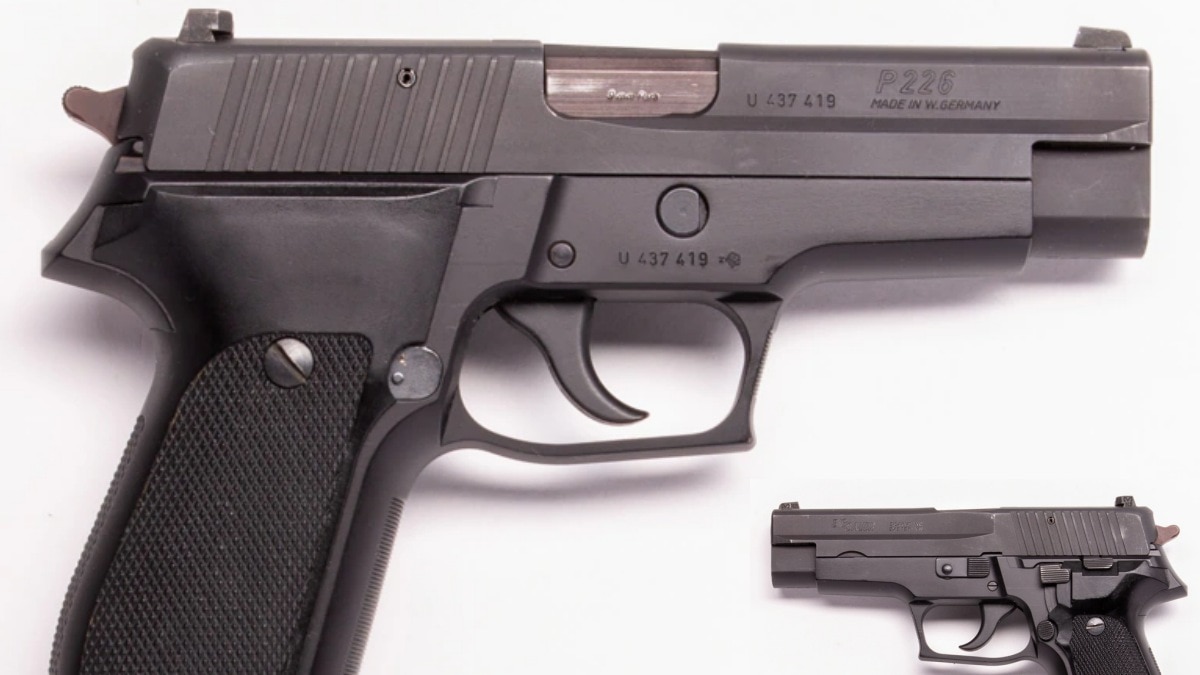 The P226 used a double-stack magazine and is still one of the better DA/SA designs. The decocker is truly a genius part of the design and allows for quick and easy decoking. The trigger can vary between a duty style standard trigger or a slicked up SRT trigger. 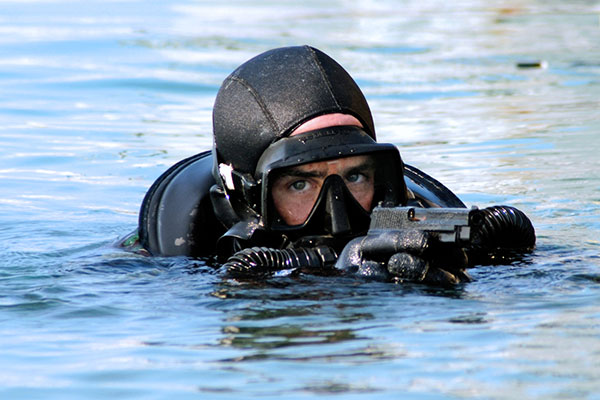 The P226 has grown and evolved to incorporate modern design changes to allow the pistol to keep up with the latest handgun designs. While the world may be obsessed with the polymer frame duty pistol, the SIG P226 is still, without a doubt, one of the best combat handguns ever designed.

I bet you’ve never heard of this gun. I don’t blame you because it is an old gun design from the 1920s produced in Austria. The Little Tom Pistol was the very first DA/SA pistol. It was a top-loading pistol chambered in 25 ACP and 32 ACP.

The magazine is removable, but it comes out the top instead of the bottom. The magazine was made of brass too, which is an odd choice. Even odder was the fact that even when the hammer was cocked to the rear, the trigger had a rather long trigger pull. The pull was just as long as the double-action trigger, just lighter. 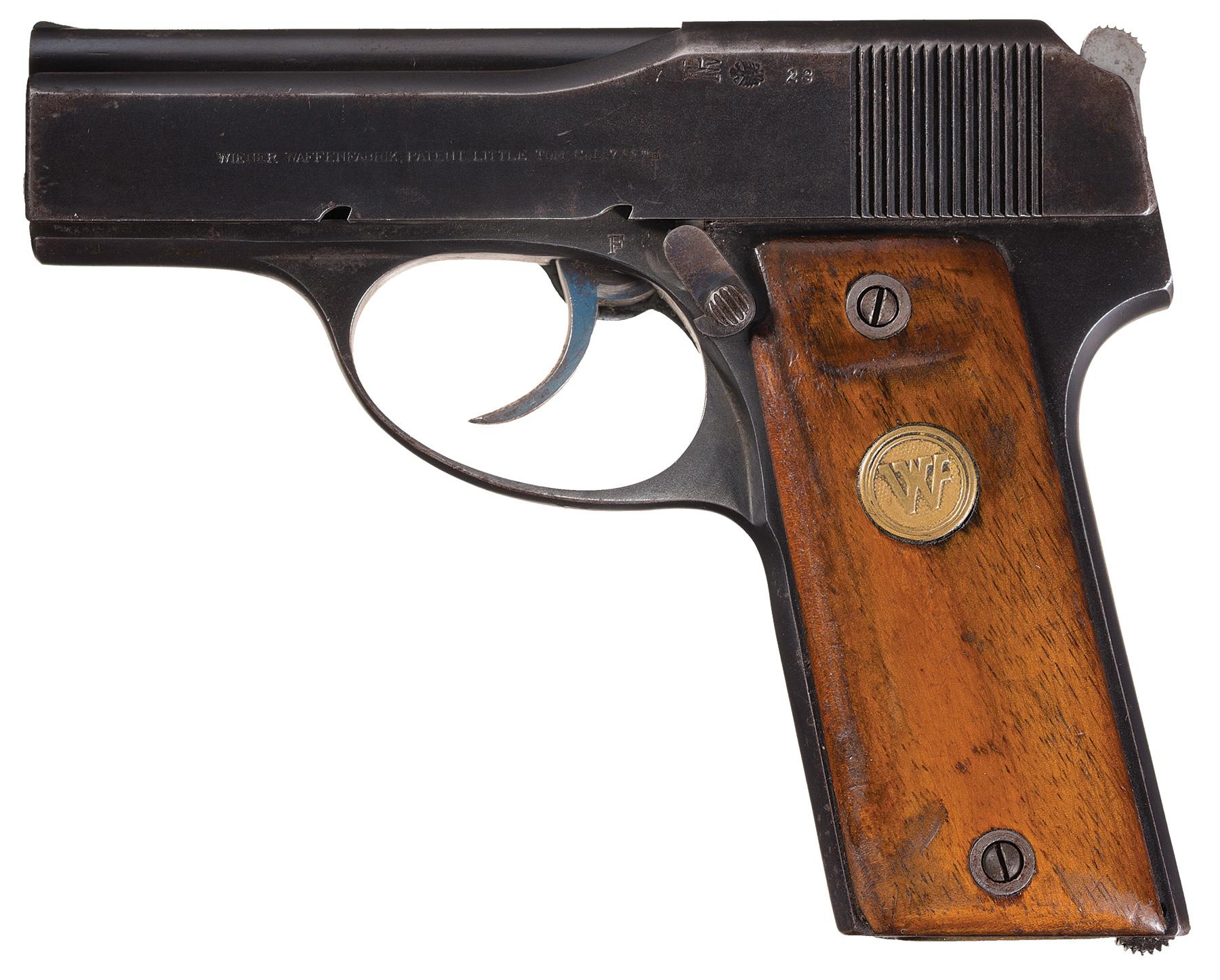 How could I have a list of the most innovative DA/SA guns without including the very first?

The Spectre M4 is not a handgun, but instead, it is an SMG. Pistol variants exist in the same way that MP5 pistols exist, and that’s solely a legal description. The Spectre M4 is a submachine gun with a striker-fired system that can be carried in a double-action mode.

While the gun is uncommon and wasn’t very successful, it is an innovative SMG. It’s a unique design, and its a shame they didn’t succeed in both the military and civilian market.

DA/SA Guns for All

The DA/SA mechanism might not be the trendsetter it used to be, but its still a valid and capable system. DA/SA guns are still quite popular and continue to be innovative in a market where every other polymer-frame striker-fired pistol is the same gun. DA/SA guns stand apart from their contemporary counterparts by at least somewhat different from each other.