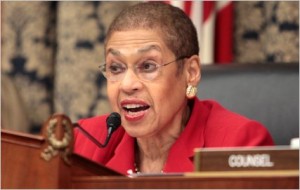 The U.S. House this week removed a provision approved earlier this year that would have blocked funding for Washington, D.C.’s strict gun laws.

The amendment, originally passed by a voice vote in the Republican-controlled chamber in July, was proposed by Rep. Thomas Massie, R-Ky., to H.R.5016, a House appropriations act that funds the District in 2015. However, Republican lawmakers introduced a ‘clean’ bill to Capitol Hill late Tuesday without the rider prohibiting funding for gun control measures.

“Yesterday’s victory was an important step in our efforts to protect the District’s right to self-government,” the District’s nonvoting Democratic Rep. Eleanor Holmes Norton said in a statement Wednesday, taking credit for the win in knocking off riders to the continuing resolution which not only included Massie’s funding cut for gun control measures but also one forbidding D.C. from spending money on a legal marijuana program.

Norton believes that by retaining federal funding for the district’s gun control measures including an assault weapon ban, the federally-supported city has won a two-fold victory.

“Public safety is a quintessential local concern because the public must have the confidence that those they elect will protect them from harm as they alone know it,” wrote Norton. “Second, the Massie amendment ran roughshod over the Home Rule Act, where Congress recognized the importance of local control by devolving local law-making to the District of Columbia. Rep. Massie violated his own principles concerning deference to local government.”

The Congressional fight over gun control money is not the only issue facing the District’s embattled firearms laws.

Time is still ticking for Washington D.C. on implementation of a federal lawsuit ruling on concealed carry prohibitions. In July, U.S. District Judge Frederick J. Scullin Jr. struck down the District of Columbia’s ban on carrying guns outside the home in the case of Palmer v. DC.

This ruling, effective the day it was filed, allowed Constitutional carry in D.C. for a few days until Scullin granted a 90-day stay, set to run out Oct. 22.