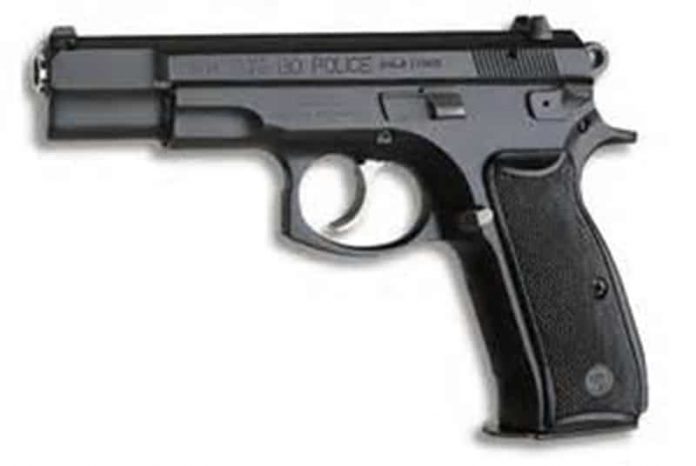 In an earlier post, I compared self defense and competition firearms training, and one of the discrepancies noted in the discussion were the different kinds of pistols that performed well for each type of training. Because of the differences in purpose for these two training mentalities, the firearms that are most successful for each are often quite different. There are, however, a few pistols that are versatile enough to perform admirably for both self defense and and sport. The CZ75 9mm pistol is one of those.

Variants of the CZ75 have become a regular sight in competition shooting. Team CZ USA‘s Angus Hobdell and Matt Mink are among the American competitors championing CZ75s’ use in USPSA, IPSC, and IDPA. International competitors, such as the Czech Republic’s own Adam Tyc also rely on CZ75 variants in shooting competititons worldwide. However, the CZ75 is also utilized as a standard firearm for the Czech military and police force. Its ergonomics, accuracy, and capacity have also made it a viable concealed carry pistol option.

The success of the iconic CZ75 design is evident both in its proliferation across the world, but also in the extensive quantity of clones and derivatives of the original Czech design, such as the Italian Tanfoglio TZ75, the Chinese Norinco NZ75, and even the American Bren Ten. The Czech handgun has fathered several CZ75 variants of its own for military and law enforcement, concealed carry, and different competitive shooting sports. Some of the variants feature slight modifications, such as the CZ75 BD’s firing pin block (noted by the “B” designation) and decocker (which replaces the manual frame-mounted safety of the its predecessors), and the CZ75 BD Police – discussed in further detail later. Other variants are more radical in the changes, such as the polymer CZ 75 SP-01 Phantom or the IPSC open/limited-ready TS Czechmate.

The CZ75’s ergonmics are one of its most attractive features, in both form and function. The angle of the curved grip seems to emulate the degree that of the comfortable 1911. However, the CZ75’s curvature better reflects the the roundness of a person’s natural grip. Compared to the 1.25″ width of the Colt Series 70 1911s, the CZ75 BD’s 1.38″ grip is only slightly beefier. An additional feature that improves the CZ75’s grip ergos is in the beavertail. The grip “dips” at the beavertail. That narrowing of the back-to-front length of the grip decreases the trigger reach without minimizing the real estate available on the grip face. This design element allows the CZ75 to be accommodating for a wide range of hand sizes without alteration (although, with how numerous CZ75 iterations are in the shooting world, there are a number of grip panel options available, should one wish to modify from the original polymer scales).