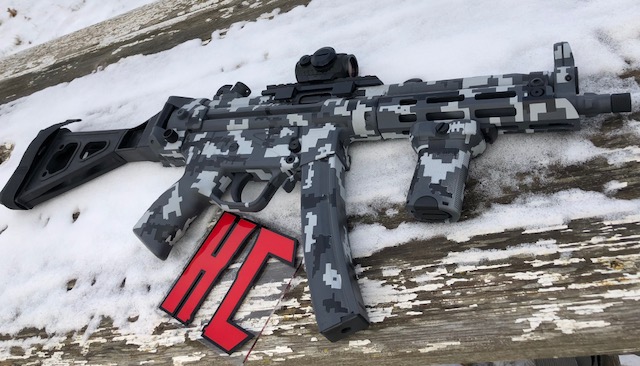 Tucked in a small one light town called Alamo just north of the one and only Kalamazoo Michigan sits High Caliber Firearms.

The stone faced storefront houses a cozy interior reminiscent of a hunting cabin. A fireplace centers the store. A few trophy whitetail hang on the wall to the right, over top a couple cases holding a small handgun selection. The wooden wall ensconces two long gun cases, split by a door, that hold a couple dozen rifles and shotguns. Many are on consignment looking for a new home.

It’s a quiet small town gun store. It houses some very talented custom gunsmiths. They’ve restored two flood wrecked firearms of mine, an older Marlin 336 and a Mossberg 5500, to complete operation. I honestly thought they were done for. 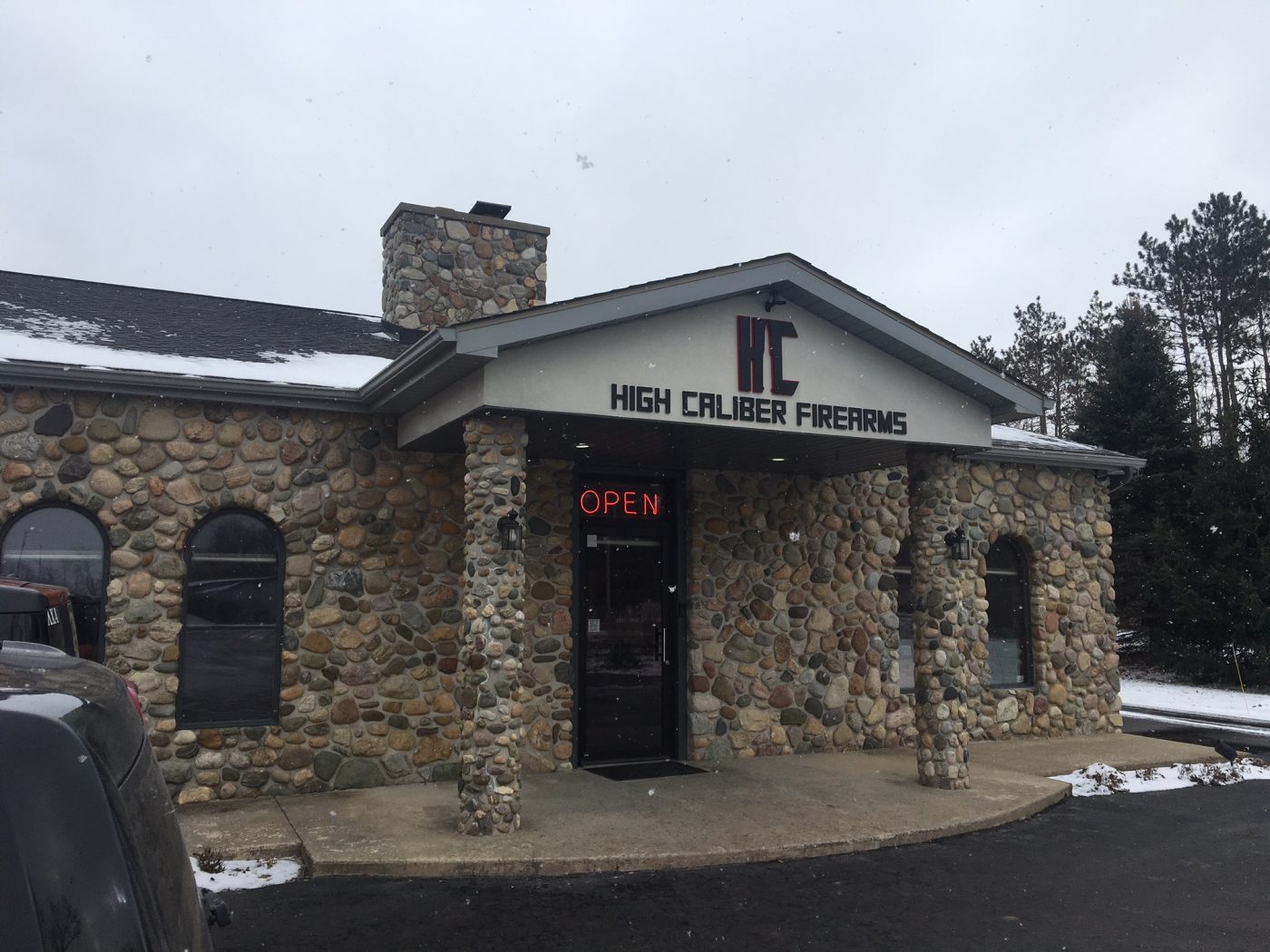 Probably their most impressive service, but far from their only one, is custom Cerakote.

For anyone unfamiliar, Cerakote is a high durability ceramic base firearm finish that comes in a variety of colors. It’s proper application to firearms adds increased resistance to abrasion, corrosion, moisture intrusion, UV wear, and can lower visible and non visible signature.

It’s a great option for refinishing firearms in base colors. High Caliber is happy to do so. But they can do so much more with Cerakote if you want. 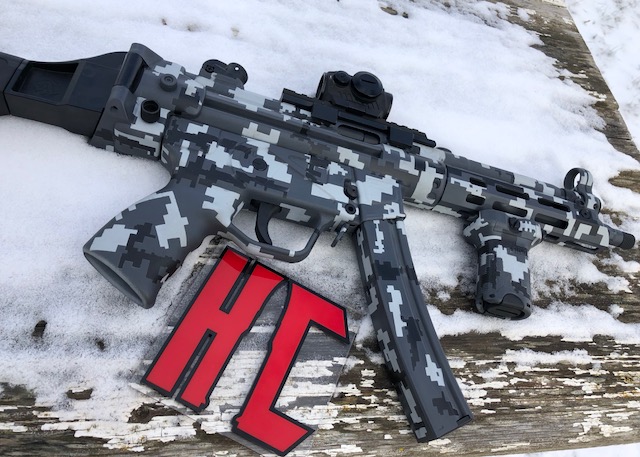 I’d toyed with the idea of getting a gun done for awhile. The patterns and layering are an involved process. It’s time intensive to do correctly and keep operating tolerances, exponentially more so as you add colors and pattern complexity.

So naturally when I did give someone a Cerakote project I made it as challenging as possible. I’m fun like that.

I wanted a MarPat digital camouflage pattern. The squared off disruptive camouflage of my Marine Corps holds a special place of nostalgia for me and I didn’t really have anything else so why not. I wanted desert MarPat but the guys at High Caliber later suggested urban colors instead. Cerakote will not adhere well to flexible polymers like the SB Tactical Brace and so traditional Desert MarPat would’ve suddenly changed to straight black.

I liked the suggestion.

The color scheme was laid out with Graphite Black, Battleship Grey, and Glock Grey.

Now imagine the complexity of the task I’d set before the High Caliber team. In classic Marine fashion, I told them to make a square peg fit through a round hole.

Cerakote is sprayed on. Spray does not form into nice block shapes. It does like to bead and run if not carefully applied.

So use of a stencil is necessary. Stencils work well on even square surfaces.

I handed them what may be the tightest collection of changing angles and curved surfaces assembled on a carbine. Even MP5 magazines can’t be just a box. To keep the block pattern even and not look stretched or distorted over the changing surface took exceptional attention to detail.

High Caliber accepted the challenge and they delivered as promised. Beyond promised. The team told me that the rcomplexity of the pattern and firearm may not turn out and we might have to go a new direction.

RAL8000 (The German Flat Dark Earth) would’ve be an alright second option, but I wanted my Urban MarPat .

As I burn some rounds through it and wear on the gun and magazines we’ll get a long term durability report. As of now I’m confident it will stand up, even in the next MP5 class.

Check out the some more of HCF’s Cerakote work and if you need something done give them a call.