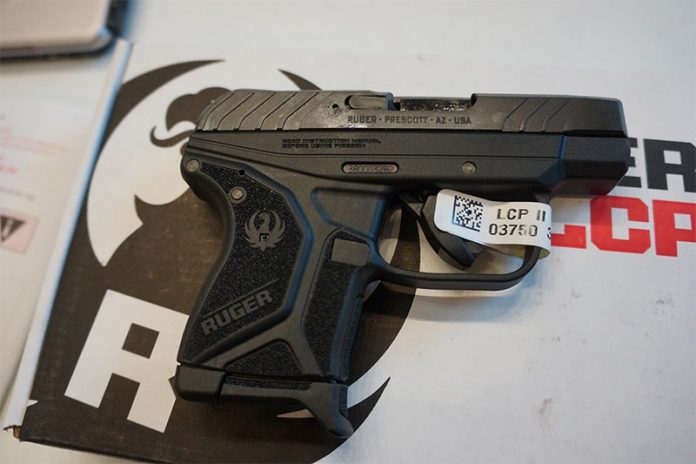 Though the LCP II was just announced last week, gear makers are already spitting out accessories for Ruger’s newest pistol.

Crossbreed, Black Arch and DeSantis are now offering a bevy of carry holsters for LCP II buyers who opt to take advantage of the LCP’s concealable size, while Viridian is preparing to outfit LCP II fans with a light and lasers.

Black Arch added the LCP II as an option for their ACE-1 Gen 2 holster. The holster features a molded kydex shell mounted on a leather backing. The company, formerly SHTF Gear LLC, says though the compact gun requires a compact holster, the core values of comfort and concealment are still maintained.

“While this new holster is designed around the tiny LCP II, it still offers all of the benefits of the ACE-1 family: all-day comfort, maximum adjustability, deep concealment, and a lifetime warranty,” Black Arch said in a statement emailed to Guns.com.

The SuperTuck Deluxe, MiniTuck, Pocket Rocket and a host of other holsters from Crossbreed will now include the Ruger LCP II in their list of available firearm models. Crossbreed holsters feature a molded plastic shell that envelopes the barrel and slide of the gun while also covering the trigger area. Prices start at $32.95 and vary depending on style.

Rounding out the accessories, Viridian announced this week that it will produce a tactical light as well as red and green laser models for the LCP II.

“Viridian has been working closely with Ruger for quite some time in anticipation of this very exciting new firearm,” Viridian CEO and President Brian Hedeen said in a statement. “Our engineering and R&D teams have done an excellent job developing a phenomenal new line of laser and light accessories for the LCP II. As Donald Trump might say, it’s going to be huge!”

Viridian’s Ruger LCP II Tac-light will retail for $119 with the red laser option slipping in at $149 and the green laser model at $239. Viridian estimates the new lasers and lights will ship to distributors in late 2016.