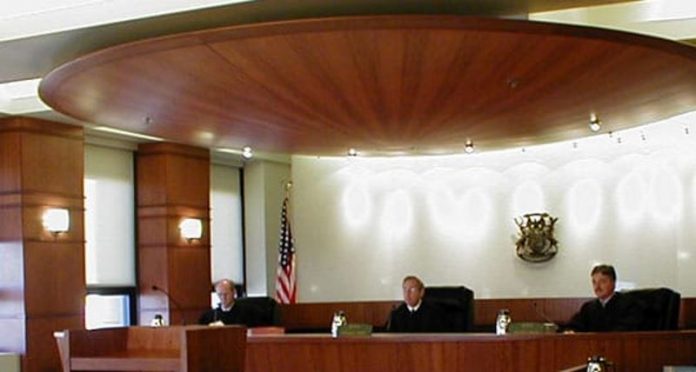 A very important legal battle with wide ranging implications is heating up again in Michigan. If you carry a firearm for personal protection, whether you carry it openly or concealed, you should be paying close attention.

By now it’s well known that Michigan law allows for firearms to be lawfully possessed in schools in various manners, and as you can imagine some schools are not happy about it. Rather than complying with the law, as their state funded positions require, they are instead looking for any way they can to push their anti-gun agenda. Their latest tactic is to claim that they are able to make their own rules that contradict state law,  regardless of the State’s well established scheme of preemption that puts what the State says above what lesser units of government say.

A little over 15 months ago, Circuit Court Judge Archie L. Hayman ruled in Genessee County in favor of Michigan Open Carry, Inc. and Kenneth Herman, that public schools are indeed preempted under Michigan law from making or enforcing their own rules banning the lawful possession of firearms. About a month later, Circuit Court Judge Carol Kuhnke ruled in Washtenaw County against Michigan Gun Owners and Ulysses Wong in a nearly identical case.

Both cases have been appealed to the Michigan Court of Appeals which will take them up next month. After a wait that seemed like it would never end, the Court of Appeals has finally scheduled oral arguments, for Tuesday, December 13th @ 10:00AM.

See the Schedule of Arguments HERE.

Make no mistake, this is about more than just open carry or concealed carry.  The scope of Michigan’s firearm preemption hangs in the balance. If the courts don’t uphold preemption, then dozens of local authorities and similar entities will be able to ignore state law and make their own rules, even ones banning all firearms.

The ruling will also have a big effect on the 2017-18 legislative agenda. If the gun groups win, then it becomes increasingly likely that we will finally see a repeal of “Concealed Pistol Free Zones” (MCL 28.425o), and a strengthening of our current preemption laws. Conversely, if the gun groups lose, then such legislation will likely be put on hold until the Michigan Supreme Court weighs in, if they do at all.

Here is how you can help!

Support MOC and MGO in court – The media will surely be there and it is important that we stand together. There is no better way to do this than to do it literally. Join us in the courtroom and show the state that we are serious about preemption and we are serious about doing what the schools wont; protecting our children.

* Public parking at daily and hourly rates is available at several locations within one block of Cadillac Place. Fisher Building public parking and the Victory parking lot are located at the corner of West Grand Boulevard and Third Avenue. New Center One public parking is located behind the St. Regis Hotel off of Lothrop. Additional parking is available off of Baltimore Avenue just west of Second Avenue.

* No firearms or electronic devices are allowed.

Donate – Cases like these are not easy to fight and it’s only because of the generous pro-gun community that we are able to keep pushing forward. Unlike those who are constantly looking to take away our rights, we are not funded by billionaire sugar daddies. Every little bit helps, and there is no donation too small.

Thank you from the bottom of our hearts to all of those who are able to help. We are proud to represent and fight on behalf of a true grassroots community.

Hold onto your butts and stay tuned. If you would like to receive future updates by email, subscribe to MOC’s Updates’s HERE. 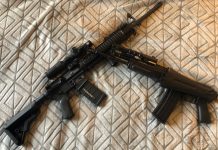