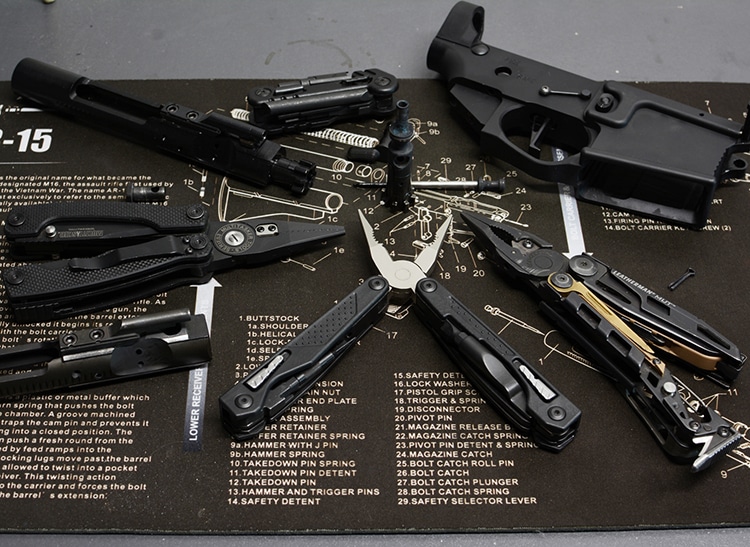 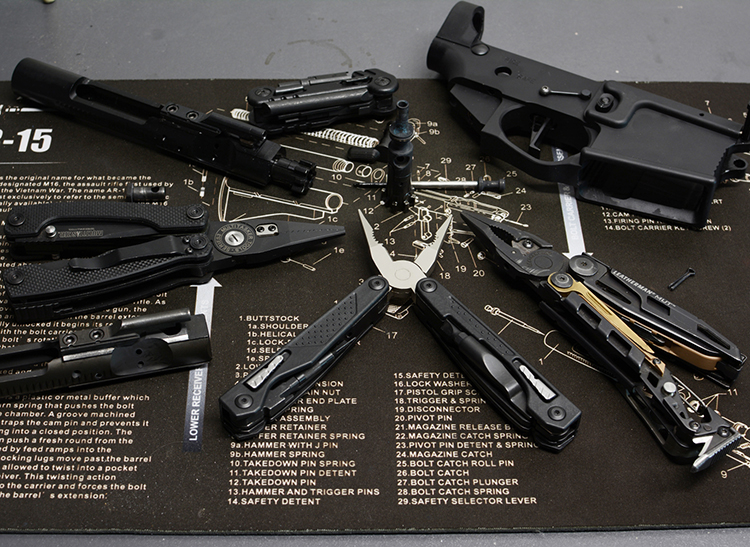 Multitools have been popular among the hands-on community for decades. This whole class of implements was arguably started by Tim Leatherman’s first multi-tool, the PST from the 1980s, when the convenient Swiss Army Knife just didn’t fit his needs. Since then there have been continual refinements to the concept and a few front-runners in quality tool design. A multitool is a field expedient tool box that sits on your belt, in your pocket or in your kit. They’ve been general in nature for a long time, just a collection of tools to address common problems.

When I was a budget conscientious E-2 in the Army I purchased a Gerber multitool. I honestly didn’t know why I needed one, I just knew everyone else had them so I must need one as well. I don’t remember the model, but it was the one with the slick flip out pliers that made you look cool when deploying it to break an ammo seal or get down to business on an MRE bag. Unfortunately the pliers weren’t very durable and it wasn’t long before I broke them and had to hunt down a new tool to replace it.  So I snatched up a used Leatherman, the Supertool 200 at a pawn shop. It was made out of bare steel, and being silver in color it wasn’t very tactical, but it served me well and I still have it.

For some reason, even though the idea had been around a long time, a gun-specific tool didn’t exist until recently. In the first decade of the 2000s, a few companies put out weapon and/or AR specific tools to meet the demands of shooters everywhere. The Multitasker, Leatherman MUT, Gerber EFECT (and later the Gerber MP1 AR-15) hit the market at their respective times and finally options were available for anyone who needed functions a regular multitool didn’t provide. 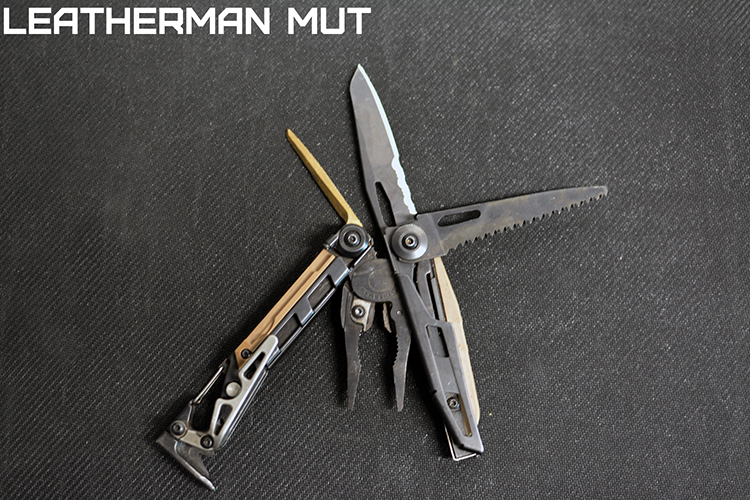 My first AR specific tool was the MUT, a gift in 2010.  A few years later I happened upon the Multitasker, but the Gerber tools exist as well, so the question always remains, which AR-centric tool is best?  Well, I wanted to find out for myself.  The Multitasker, the MUT, Gerber eFECT and now the Gerber MP1-AR are the most popular (the eFECT is also an NSN item for military issue) so they seemed to be the best choices to look at. 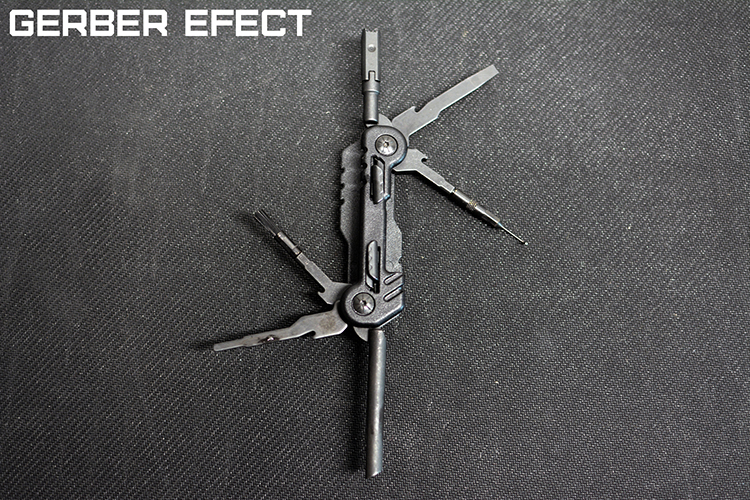 I normally don’t like to write comparisons between products, as each should be given the chance to stand on its own merits. Sometimes though a side-by-side is a good way to go.  So, as objectively as possible, I did a rundown on the Multitasker Series 3, Leatherman MUT, Gerber eFECT and Gerber MP1-AR. 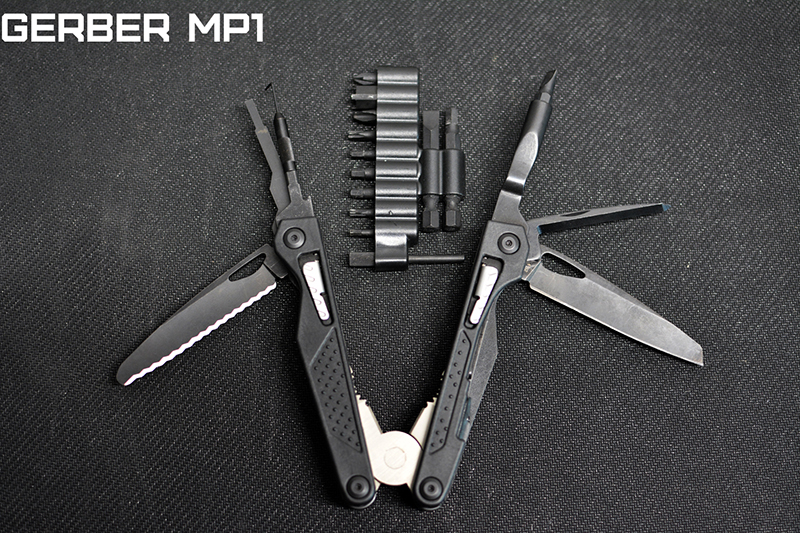 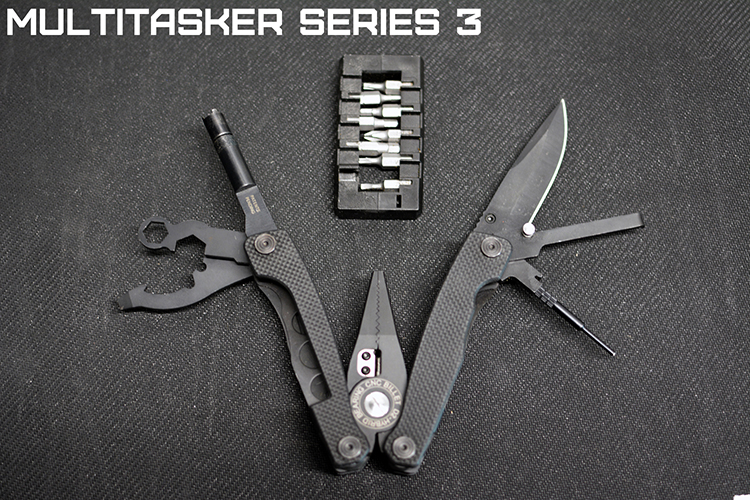 First things first; all three have the AR series of rifles in mind with their design but go about it in different ways. The Multitasker and the MP1 come with small bit tool kits for weapon/optic and general task servicing, whereas the eFECT stands on its own as a self-contained tool with the option to use OTIS tool ends. The MUT offers a number of on-body stored tool bits.

Read the full article and comparison Source Article from http://www.breachbangclear.com/cowans-great-multi-tool-throwdown/ 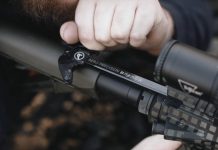 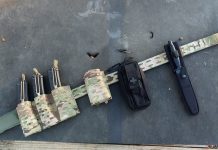 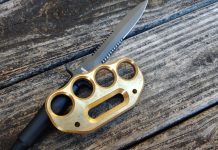