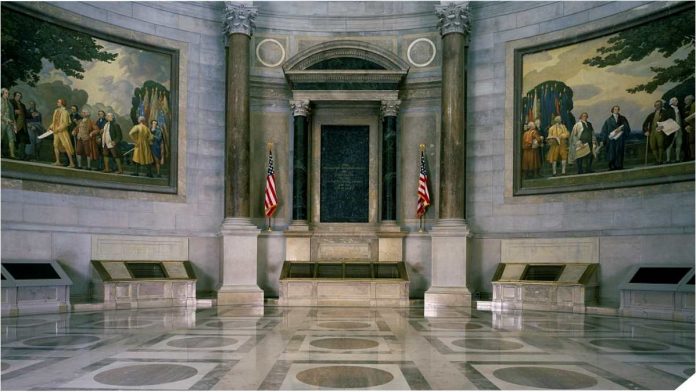 Both Illinois and New York were told by separate courts last week that the Second Amendment covers stun guns and tasers.

In the Land of Lincoln, the Illinois State Supreme Court unanimously ruled that the misdemeanor weapons charges against two men found carrying stun guns were unconstitutional. The first, Isiah J. Webb, was found with a device in his jacket pocket on a public street. The second man, Ronald Greco, had a stun gun in his backpack in a public forest preserve. Each was charged under Illinois law which has no allowances for the legal carry of a taser or stun gun other than by police.

Citing Caetano, a 2016 ruling from the U.S. Supreme Court that found stun guns to be “bearable weapons” under the Constitution, and the 2008 Heller ruling that the right to bear arms is an individual right, Justice Ann Burke said for the majority that Illinois’s ban on carrying tasers “is facially unconstitutional under the Second Amendment.”

On Friday, U.S. District Judge David Hurd issued the opinion in the case of Matthew Avitabile, saying that the New York resident had a right to purchase a stun gun or taser for self-defense. Avitabile had filed suit against the state in 2017 over the longtime ban on possessing such a device. Under New York law, simply having one of the electronic devices is a misdemeanor offense of Criminal Possession of a Weapon in the Fourth Degree, punishable by up to a year in jail.

“New York’s sweeping prohibition on the possession and use of tasers and stun guns by all citizens for all purposes, even for self-defense in one’s home, must be declared unconstitutional in light of Heller,” said Hurd in his ruling, enjoining the state from enforcing the ban.

Stephen D. Stamboulieh, one of Avitable’s attorneys, told Guns.com: “We are thrilled that the Court vindicated our client’s Second Amendment rights and all those in New York that desire less-than-lethal ways to defend themselves. This is a huge victory for the constitution and we are happy with the opinion.”

Since 2016, a number of states and cities have withdrawn their prohibitions on such electric devices after legal challenges found them unlawful. According to Stamboulieh, only two states, Hawaii and Rhode Island, still ban ownership of tasers and stun guns, even in the home.