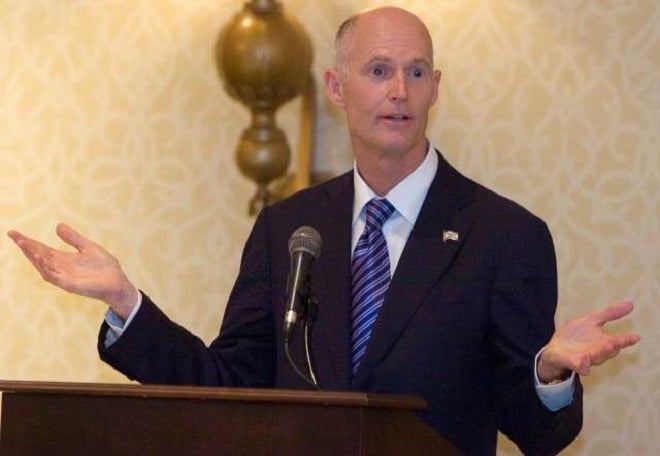 In 2011, a Miami U.S. District Court, in Wollschlaeger v. Governor of the State of Florida more popularly as the “Docs vs. Glocks” case, blocked the Firearm Owners’ Privacy Act, signed into law by Gov. Rick Scott (R) after passage by the state legislature.

This sent the case to the U.S. Court of Appeals for the Eleventh Circuit in Atlanta, which last July handed down a 2-1 ruling reversing the lower court after finding, “the Act is a valid regulation of professional conduct that has only incidental effect on physicians’ speech.”

In short, that health care workers could not ask questions about gun ownership of their patients.

Not satisfied with the decision, a group of physician lobby organizations represented by the Brady Center to Prevent Gun Violence asked for en banc review by the full Circuit of the panel’s finding, which was denied.

Now a third attempt, a rehearing petition citing a U.S. Supreme Court ruling this June on an Arizona church’s lawsuit against a municipality over its sign limits decided for the church on First Amendment grounds, also fell flat this week.

“The act seeks to protect patient privacy by restricting irrelevant inquiry and record-keeping by physicians on the sensitive issue of firearm ownership and by prohibiting harassment and discrimination on the basis of firearm ownership,’’ said Monday’s 82-page ruling, penned by Judge Gerald Tjoflat.

District Judge L. Scott Coogler, a President George W. Bush appointee and Circuit Judge Charles Wilson, a 1999 President Bill Clinton appointment, joined in supporting the decision. Wilson had in prior rulings sided with the physicians but cast his lot with the majority this time around.

“The act does not prevent physicians from speaking with patients about firearms generally. Nor does it prohibit specific inquiry or record-keeping about a patient’s firearm-ownership status when the physician determines in good faith, based on the circumstances of that patient’s case, that such information is relevant to the patient’s medical care or safety, or the safety of others,” wrote the court.

The National Rifle Association was clear on the scope of the ruling, once again upholding a law the gun rights group have contended was always valid.

“Anti-gun doctors in in the Sunshine State may be feeling a little queasy after the U.S. Court of Appeals for the 11th Circuit handed them a third straight loss in their ongoing challenge to a Florida law designed to protect patients from harassing and unwarranted grilling about firearm ownership,” said an alert from the NRA’s Institute for Legislative Action. “Should these symptoms persist, the physicians should note they have a simple and foolproof remedy: simply refrain from using the doctor-patient relationship to advance a non-medical ideological and political agenda.”

Douglas Hallward-Driemeier, an attorney for the doctors’ groups advised they will once again seek en banc review from the full Eleventh Circuit on this latest decision, telling Bloomberg BNA that the “lengths” to which the panel went to justify its validation of the law “raise very serious concerns.”