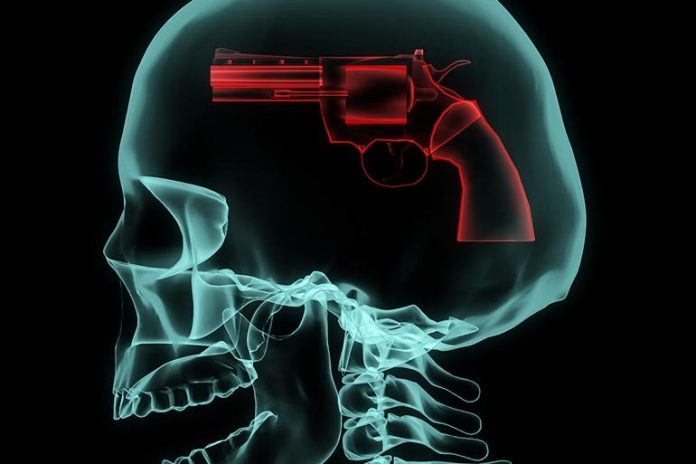 Public health methods could have enormous power to mitigate the scourge of firearm mortality and morbidity.  But only if faithfully applied.

One of the earliest and most profound examples were Dr. John Snow’s actions in the 1854 London cholera outbreak.  This incident killed 616 people, occurred in the midst of the 1846 – 1860 worldwide cholera pandemic.  His method added the term “focus of infection” to the public health lexicon.

The cholera-causing bacterium vibrio cholera was (coincidently) isolated in 1854, but its significance wasn’t immediately understood.  The leading theory was causation by “miasma” (particles in the air), as “germ theory” was not even proposed until 1861, by Louis Pasteur.  Dr. Snow pursued the idea that some specific contaminant might be the cause.  But the lead medical officer for London, John Simon labeled Snow’s theory as “peculiar”.

No matter.  Snow documented the cases of cholera in the vicinity of London and noticed a concentration near Broad Street in the Soho district of the City of Westminster in London.  He ultimately illustrated this discovery with a “dot map” now known as a Voronoi diagram.  A central point coincided with a public water pump. Of course, any other object in the area could be a competing focal point, for example, a pub, butcher shop or bakery.

Carefully examining the data, Snow lit upon the pump and hypothesized that something in the water caused the illnesses.  Some victims at greater distance from Broad Street, he discovered, had used this water pump.  While people in the Broad Street neighborhood might have been equally likely to patronize the pub, butcher and baker, these more distant water pump users presumably patronized pubs, butchers and bakeries closer to home.  The water pump tied them together in their illness. Snow got the handle removed in order to stop people using that pump, and the cases dropped off dramatically.

Now that the germ theory is well accepted, this may seem like an obvious solution.  But scientific observations are rarely so clear in the moment. Cholera cases were widely distributed throughout England and across the world regardless of class, occupation, age, sex and so forth.

Anecdotally, miasma theory had just as much explanatory value as Snow’s hypothesis.  But Snow looked at the numbers, the real-world locations of a number of cases.  That cases were concentrated geographically suggested that the theory that “it’s in the air, it’s everywhere” wasn’t so persuasive after all.

Suppose a Dr. Johns Hopkins observed the same locus of infection as Snow did—the water pump.  His hypothesis might have been that the iron handle itself of the pump was the source of infection rather than germs on it or the lack of hygiene on the part of the users. His solution might have been the same as Snow’s:  Remove the handle from the pump and see what happens.

Now that Broad Street neighborhood could fairly be described as “inner city” in modern terms, populated by, e.g., “fallen women”, criminals and similar individuals.  Our Dr. Hopkins might have thought that these victims were not much worth saving.  Moreover, they would be difficult to discipline to his scientific insights.  These non-compliant residents might just replace the removed iron handle.

Far better for Dr. Hopkins to pursue his hypothesis in other precincts where compliance rates might be more easily achieved.  Perhaps in places where upper classes resided—people worth saving.  People who could reasonably be expected to comply with the public authorities’ decision to remove their well pump handles.  After all, members of the upper classes were also known to succumb tragically to cholera.  Little attention was paid to the death of a “fallen woman” who died.  No telling which of her proclivities might have led to her little mourned death.

By concentrating on anecdotal evidence driven by press reports, with a heaping measure of class consciousness, our public health expert Dr. Hopkins would have missed the boat. A geographic focus on the most concentrated incidence was absolutely necessary. Perhaps it was the well, the water in the well or the pump handle.  Perhaps it was elsewhere nearby in that neighborhood. Like the drunk who looks for his car keys under the street light, it does no good just to search where “the light is better”.

It is well established that firearm mortality and morbidity is concentrated in a small fraction of the nation’s Zip codes.  Fifty percent of gunshot deaths occur in 2% of its counties.  When the focus is put on these counties, the gunshot deaths are concentrated in a small fraction of the neighborhoods, and even at certain street corners. Andrew V. Papachristos’ research also shows that gunshot victims are highly concentrated in tiny “social networks”. Identify members of these networks and you can predict with remarkable precision the most likely future victims of gun violence.

Nevertheless, for whatever inexplicable reason, “the light is better here”, that is in all areas but the specific loci of homicides and violent crimes using guns.  Public health firearms “safety” researchers keep focusing on the wide distribution of “pump handles” (that is, guns) throughout the nation, instead of the factors that lead these tools to be used wrongfully.

Some stereotypes are statistically indisputable—but not the conclusions by those promulgating them.  Homicides and suicides by gun are overwhelmingly committed by males. So, should females be disarmed?  Homicide is predominately perpetrated by younger males, say, 17 to 37 years old.  So, the elderly should be disarmed?  Homicide is most committed by the physically fit.  So, must the physically challenged be disarmed?  Firearm homicides overwhelmingly use handguns. So, black “assault rifles” have to be banned, especially those with adjustable stocks, bayonet mounts and the dreaded “shoulder thing that goes up”?

A popular method for estimating the distribution of firearms in states is to consider it proportional to the number rate of gunshot suicides. More gunshot suicides imply more guns.  But who most tends to commit suicide by gun?  Old fat white guys in rural areas.  Paradoxically, young black males have a notably lower propensity to suicide and lower likelihood of suicide by gunshot, though they are more likely to become victims of homicide.

So, Mr. and Mrs. America, “Turn them all in!”  And, to those of you who resist, we will “kick your doors down” and “buy-back” your “assault weapons”  . . . at the point of a gun.  Should we really be convinced by this sort of lazy “public health” analysis?  Is it so clear that it’s the pump handle, not the well water?  Is “gun violence” really “in the air”?  Are we all equally vulnerable?  Are we all equally likely to “snap”?  A “focus of infection” analysis suggests that such is not the case.

Moreover, times have changed.  It was once a matter of weeks—even months—for a contagion to spread from one continent to the next.  Today, we fly halfway around the world in a day, far more swiftly than the incubation period of a deadly disease.  Once it took a skilled craftsman a month or more to cold-forge a rifle.  Today, a CNC mill or 3-D printer can crank out a finished rifle receiver in a few hours in a hobbyist’s basement, to which can be added cheap mass-produced components.  We can no longer quarantine sick immigrants in the wards of Ellis Island any more than we can sequester gun-making tools nowadays.

Serious public health researchers who adhere to the scientific method know better.  Yet, their voices get drowned out by others who can plausibly be accused of having political bias, much like the notion of “miasma”. It’s something “in the air . . . It’s everywhere”.  It’s easiest to pursue the low hanging fruit: get rid of all the pump handles from the law-abiding (cooperative) elements of the public.  Because the light’s better over here.

If “public health” researchers really believe that “gun violence” is an epidemic, they’ve abandoned the approaches that could actually solve it. Those of us who understand know that it isn’t, and know that their attitudes control their methodology and pre-determine their conclusions.