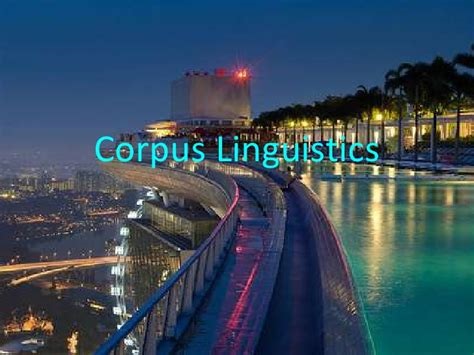 [Ed: As a rule, DRGO is the first to caution against physicians claiming expertise on non-medical subjects. I’m breaking that rule here, on the excuse of having studied linguistics as part of my language major in college. YMMV.]

Digital “corpus linguistics” is an old idea using a new tool in interpreting the meaning of documents. It uses deep data searches for words and phrases in documents recorded through the centuries to try to glean from context accurate understanding of their import.

From Dennis Baron at the Duke Center for Firearms Law: “Corpus linguistics, which some hail as better than dictionaries for legal interpretation, allows us to access and analyze vast swaths of digitized text going back to the fourteenth century.” (Note the word “some”, which is not referenced.)

Further clarifying the Center’s thinking, “. . . it’s not clear that the [Second A]mendment ever had a single shared meaning, or if it did, whether that meaning is recoverable. . . . The best we can hope for when investigating any older text is to examine how it was discussed around the time it was written and to use historical sources to glean the meaning of any difficult or ambiguous words or phrases. And even so, there’s no guarantee that a reasonable reader in 1791 would interpret the Second Amendment the same way as their equally-reasonable neighbor. When the Supreme Court said in District of Columbia v. Heller (2008) that it had determined the original public meaning of the Second Amendment, its reading, like any linguistic interpretation, involved both an examination of the text and a certain amount of guesswork.”

The DCFL contends that because nearly all the examples they find of the phrase “bear arms” in the English language are used to refer to military conduct, the Second Amendment must only guarantee “the people” the right to “bear arms” in the service of the state (i.e., a state-appointed militia). Just so they don’t look entirely one-sided, Baron does qualify “. . . [I]t’s not clear that any text has one single, original meaning that everyone would have shared.”

Yet the militia developed from the beginning of the colonial period as groups of townsmen who came together to provide for their mutual protection, at first from Native attacks, which continued on the frontier in the late 1700’s and much of the following century. The tradition of a respected local civic or military officer calling them together endured right through the Revolution, where the Colonies’ militias were simply the assembled groups of local ones under the command of elected leaders. This was still essentially individuals making their own decisions to come together, exercising their Second Amendment rights “to keep and bear [their own individual military-grade] arms” in the common defense, an extension of their pre-existing right to self-defense. It was nothing like the progressives’ imagining a state-run military Reserve or National Guard unit established, supplied, and commanded by government.

The good part here is that the anti-gun industry is having to stretch farther and farther to come up with pseudo-scientific approaches to use against the ordinary, common-sense meaning of “. . . the right of the people to keep and bear arms shall not be infringed.” Of course, Barron also quotes the amicus brief by Everytown for Gun Safety [sic] in NYSRPA v. Corlett to say that “. . . America [was] never [a] place . . . where people carried weapons freely and routinely, particularly in urban areas.” Utter nonsense, which anyone familiar with American history through the entire 19th century could refute.

The point this linguistic method makes is that “. . . nonmilitary uses of bear arms are almost nonexistent in any sort of text” of the Founding era—not unexpected, given that generation’s concern that “the people” must be equipped to man “militias” in the event of war, exactly as reflected in the prefatory clause to the Second Amendment. But let’s ask, how exactly are “the people” supposed to get the arms they “keep” at home to the militia’s gathering place if they don’t have the equal right to “bear” them to there, as well as in battle?

If all we cared about were examples of word use pulled from documents from nearly 250 years ago, we’d be on thin ice understanding the culture within which they were used and the reasons certain writers chose to use them. But we have scores of quotes by the authors of the Constitution and their peers that manifest their insistence on the importance of the citizenry owning and using (therefore carrying as well as “bearing”) arms routinely for proper purposes, including hunting, target practice, and self-protection. Gentlemen in America like Washington and Jefferson carried pistols routinely. More common folk had their muskets and rifles at hand whenever they decided they could be useful.

John Dickinson, Constitution signer: affirmed that inalienable rights such as self-defense were rights “which God gave to you and which no inferior power has a right to take away.”

Thomas Jefferson: “Let your gun therefore be the constant companion of your walks.”

Jefferson, again: “No free man shall ever be debarred the use of arms.”

And again: “The laws that forbid the carrying of arms are laws of such a nature [as to] disarm only those who are neither inclined nor determined to commit crimes. . . Such laws make things worse for the assaulted and better for the assailants; they serve rather to encourage than to prevent homicides, for an unarmed man may be attacked with greater confidence than an armed man.”

Revolutionary militia colonel and then Federal judge, Henry St. George Tucker, 1803: “In many parts of the United States, a man no more thinks of going out of his house on any occasion, without his rifle or musket in his hand, than a European fine gentleman without his sword by his side.”

These quotes are just a fraction of the evidence (but more than the corpus linguistics scam offers). There is a great deal more, from many, many sources. In a very timely new work by Stephen Halbrook The Right to Bear Arms, you can find it all. He presented this in briefer form in a Federalist Society Review (Volume 21), beginning here.

There will be other attempts to obfuscate the straightforward promise of the Second Amendment by those who are afraid of “the people” and believe in the select few controlling every aspect of life. Plato would have approved, but democracy prevails, at least so far. If you like, here are other excellent arguments from vocabulary and syntax from 1998 by Sheldon Richman at the Foundation for Economic Education (h/t to TheTruthAboutGuns). The Second Amendment’s purpose is timeless, and meant the same in 1789 as in 1998, and as in 2021.

Shakespeare, in this essay’s title “play” on words, precisely labels the usefulness of corpus linguistics research for understanding the Second Amendment. Will also long ago nailed the irrelevance of the wisdom of such elites: “Words, words, words” . . . “You speak an infinite deal of nothing.”