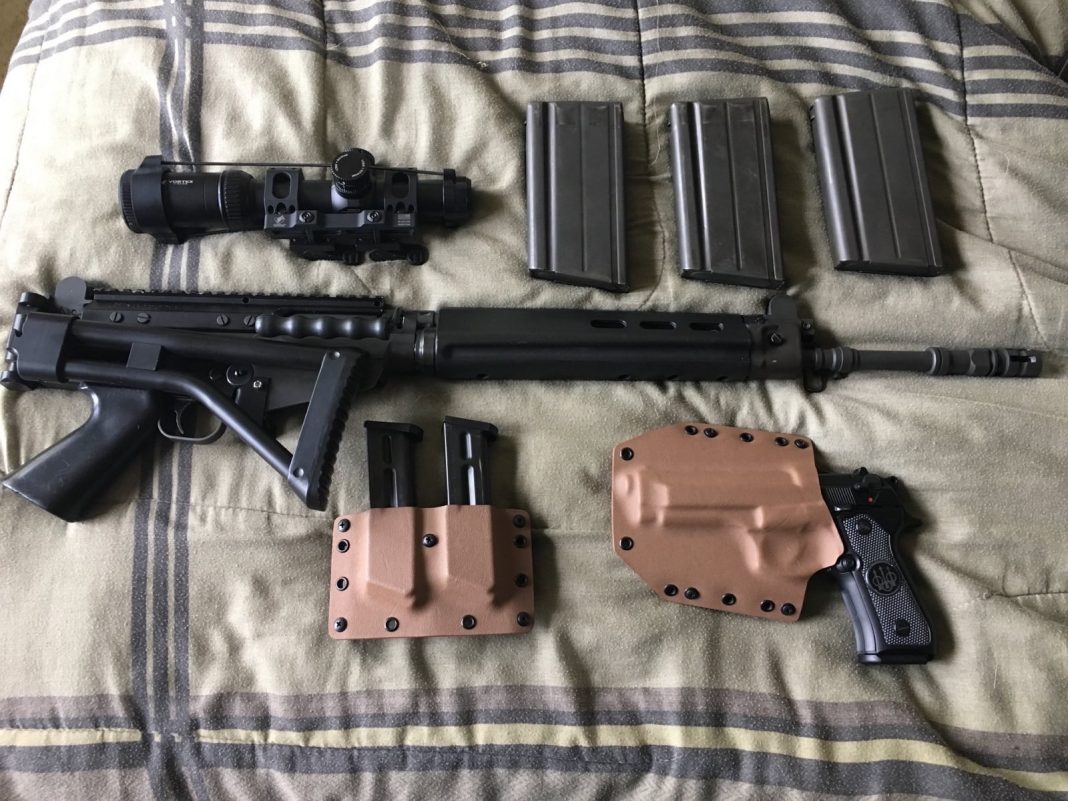 Most gun owners, collectors, competitors, and shooters would probably agree that their bundle of experiences since the time they lined up the sights to fire their first ever shots through the present point of their firearms related experiences could be referred to as some type of “journey.” A little cliché? Probably. But chances are that many of these individuals have at stories about guns that got away—guns that they sold and later regret letting go of or they just miss.

Here’s one of mine: My PARA FAL Carbine

My PARA, a cobbled together 7.62mm NATO carbine, is also known as “the right arm of the free world.” This is a rifle that probably needs no introduction for most. It is certainly a quirky and interesting design (with its tilting bolt and the way it locks into the breach).

This gun was conceived from the mind of Dieudonne Saive, a Belgian designer who worked for FN and also happened to be one of John Moses Browning’s colleagues towards the end of Browning’s career. The FALs development was somewhat halted by the Second World War, but it came to fruition in the post war era during the Cold War and NATO years. Besides the United States with its M14s or M16s, and the German G3 wildcard shortly after the G1 (a FAL), it seems that any other serious fighting force during this time either wielded the FAL or a Kalashnikov.

My personal PARA FAL Carbine was put together from a combination of genuine military factory parts and American made aftermarket parts (mostly DSA). My upper receiver was an Argentine FMAP Type 3 that had a DSA sand cut bolt carrier and a para folding charging handle. It had an 18-inch barrel with an FN F2000 flash hider. A DSA Picatinny railed dust cover sat on top of this receiver. The dust cover held an ADM “low” 30mm scope mount through which an MRAD Vortex Viper PST 1-4x magnification LPVO was suspended. Being a PARA Carbine, this naturally had an FAL folding stock—mine was a unit produced by DSA.

Sadly during the timeframe I owned this carbine, I hardly shoot it (maybe 150 rounds in totality?) However I got one good range trip out of it which I still remember to this day where I had the chance to ring steel out to 500 yards at one of the lest restrictive private ranges in southern California with the help of that Viper PST scope.

Though I certainly miss having such a cool rifle around, especially since the FAL’s heyday has come and gone, the truth is that I sold this rifle for a modest profit a few years back to be able to afford to move away from California for good.  We can call that a fair trade, especially since remaining California compliant was 80% of the reason I hardly used it.