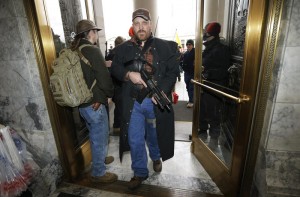 The concept of lawful concealed carry without a permit won over lawmakers in Colorado and Montana on Thursday, with each state passing constitutional carry bills in their Senate and House respectively.

A measure to allow the practice in Montana won by a 56-43 margin in the House while the Colorado Senate saw a 18-17 squeaker along party lines. However, each bill faces an uphill battle in their opposite chambers.

Currently, the practice outlined in the legislation, commonly known as constitutional carry, is the law of the land in Vermont, Arizona, Alaska and Wyoming.

“Picture yourself or your children seated in a theater when a crazed shooter begins to kill people in their seats,” Montana state Rep. Bill Harris (R) asked lawmakers this week while considering his measure. “Now the question to ask is, would you prefer this to be a gun free zone, knowing everyone there is unarmed. Or would you hope that a person or persons eligible to possess a handgun would immediately respond?”

Harris’s bill, HB 298, is a simple two-page act that would allow the carry of concealed firearms in the state without a permit providing the residents can legally possess a firearm. Currently, the state enjoys a rural form of constitutional carry, with permits only required inside city limits. If successful, the patchwork system would be homogenized statewide with no permits needed.

The Colorado measure, SB 15, is sponsored by Sen. Vicki Marble, R-Fort Collins. Like the Montana bill, it would allow permitless concealed carry by those over 21 and legally able to possess a firearm throughout the state.

Gun control advocates and state Democrats are in arms against both measures, marshaling support to kill the legislation once it reaches their companion chamber.

“It’s baffling to think that we require 350 hours of training to obtain a manicurist’s license and somehow, our House legislators think that when it comes to carrying hidden, loaded handguns in public, there should be absolutely no training or permitting required,” said Pamela Owen, with the Montana chapter of Moms Demand Action in a statement. “Legislators in the Senate need to reject this misguided and dangerous attempt by the gun lobby to dismantle Montana’s concealed carry permit system – any attempt to pass this bill into law would put families and communities across the state at risk.”

Constitutional carry bills are up at bat and very much alive in other states this legislative session.

In Kansas, a measure that was heard by a Senate committee last week currently has enough votes among sponsors alone to pass that body.

In addition, Texas, Mississippi and New Hampshire are currently tracking legislation that would add their states to the list of those who allow permitless concealed carry.

With that being said, the measures passed Thursday still have to fight their way to passage which is by no means guaranteed.

Colorado’s Senate bill now heads to a Democrat-controlled House that has already crushed virtually every gun reform measure placed in front of it this session. Even if it passes, signature by gun control stalwart Gov. John Hickenlooper is unlikely.

The Montana measure is now transferred over to the state Senate where, with a 29-21 Republican majority, it seems a safer bet but would still need to earn the signature of Gov. Steve Bullock (D) who has vetoed two gun reform measures on nullification and campus carry since taking office in 2013. 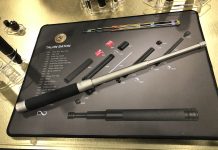