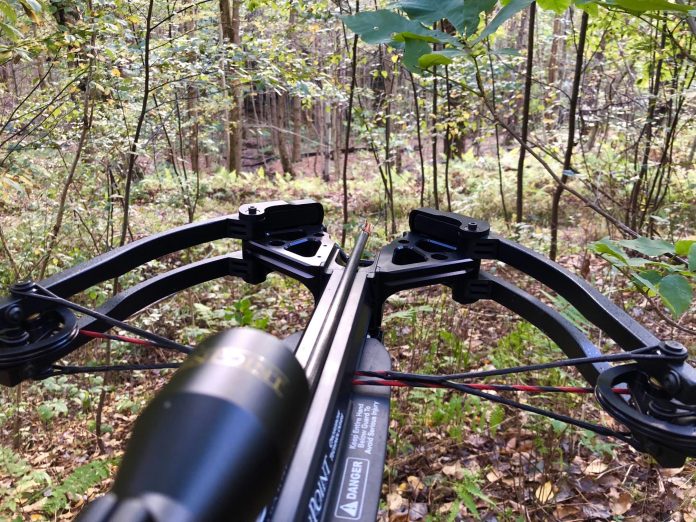 I never believed I would hear myself say that I was an archery hunter. This was just not on the radar for me up until a couple years ago. Picking up firearms skills later in life was a big enough accomplishment, but archery?

I’ll fess up to using a crossbow. It used to be that crossbows could only lawfully be used for hunting by the disabled, but increasingly state game agencies are allowing the use of crossbows by regular hunters during archery season. This was my personal impetus for giving bow season a try. My state legalized the use of crossbows about three years ago and I immediately got myself into an introductory class offered at a local outdoors store.

Although a crossbow throws an arrow or “bolt” rather than a bullet, the mechanics at the back end of the crossbow would be familiar to any rifle hunter. There is a stock, a scope, a safety, and a trigger. This is what drew me in – at least half of the contraption was stuff I already knew. That made it less intimidating for me. True archery skills can take months or years to polish, but crossbow fundamentals can be learned in a few days if you already have rifle skills.

Some purists in archery circles may protest that crossbows are not “traditional”. This may be true. Though crossbows are relatively new on the hunting scene in the U.S. there is archeological evidence for crossbows dating back to the 6th century BC in China.

There is some new terminology to learn when talking about crossbows, too. Terms like “cam” and “draw weight” were complete unknowns to me before I took my class. But I took the time to learn the terms so that I could shop intelligently. Barnett Crossbows has a nice glossary on their site, with explanations.

It’s important  to find an archery shop that you can trust and which can do repairs and maintenance of your crossbow if you need it. Don’t buy just anything sitting on the shelf at the big box store. If you wouldn’t buy a gun that way, then don’t buy a crossbow that way. Ask around for a shop that archers recommend.

When I went crossbow shopping three or so years ago, I settled on a Ten Point brand compound crossbow – because I’m a buy once/cry once kind of gal. You are going to spend some money for a good quality crossbow, so don’t think that archery season will necessarily be a “cheaper” option than rifle.  In fact, while trying to be budget-friendly with my own purchase I actually sold a Colt AR done in Muddy Girl that I was not using, and put that money toward my new crossbow.

I chose a model that has the added feature of a built-in integral crank mechanism with which to cock the bow, rather than using the traditional cocking method of brute force or a rope cocker.  I am short statured and short armed, so I opted for that little extra weight at the back in exchange for the ability to cock the crossbow even when I’m seventy years old. 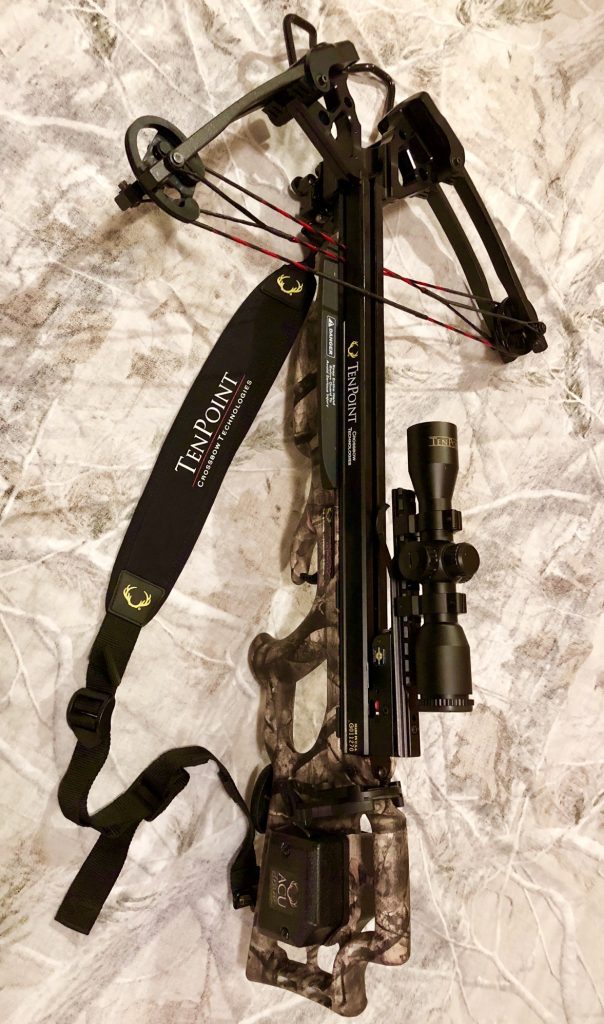 Just as with any other new undertaking there are all sorts of “extras” that you can buy but that aren’t really essential to get started. I found that the essentials for me were extra arrows, a target bag, a laser range finder, some lubricant, and a case. The range finder was an essential for me, because I’m poor at estimating distance. Knowing the shot distance is important for aiming using the scope reticle, and also critical for making an ethical shot.

Archery hunting takes a bit more preparation and planning, because the shot opportunities are closer-range than for rifle hunting. Many archers feel that an ethical shot with a crossbow should be within about 40 yards in order to have the power for a killing shot. Some crossbows are more powerful than others though, and the technology is advancing. Just don’t assume that you’ll be able to take rifle-distance shots with a crossbow. Closer range shots mean getting physically closer to your game, and that can be where the actual challenge lies.

But that doesn’t mean that your choice of game is limited. As long as your crossbow has the power and you have the will, everything from hogs to elk can be literally on the table.

Mostly it’s about committing to taking the plunge on something new. Then practice, practice, practice. So don’t let being intimidated by a traditional bow stop you from trying out archery season. Give crossbow a try. It might be the transition bridge you’ve been looking for.