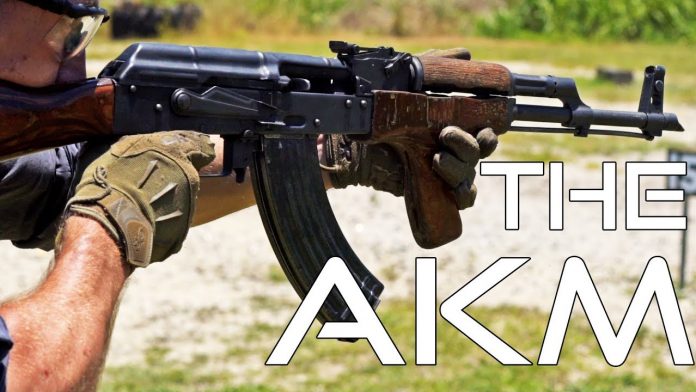 The AKM is the most widely produced assault rifle in the world. Often mislabeled as its predecessor, the AK 47, the Soviet designed 7.62x39mm rifle armed most of the Union (the main exception was the Czechoslovakian designed VZ 58). Mike “GarandThumb”, one of our favorite gun guys in plaid, gives a fantastic overview of this well aged rifle.

The AKM, like the AR will be a legacy weapon that lasts a century or more. It’s obsolescent phase will be a long one, drawn out by the fact the core rifle works so well. My Galil ACE is a direct descendent with a slew of ergonomic improvements around a largely unchanged internal. The X95 and PWS ARs uses the long stroke piston that makes up the heart of the system.

A long list of conflicts from the 60’s until today have the AKM at its heart. The AK has history. It’s legacy is effectiveness. It is often on every side in a conflict, so many exist. List via Wikipedia

It’s quite the statement of success for a device. It’s wielders are not always benevolent, but such is true of any technology that can project power.