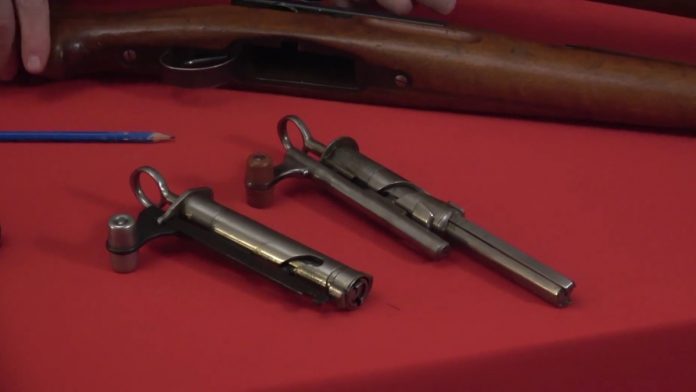 The Swiss Army fielded a series of excellent and well-designed straight-pull bolt action infantry rifles from the 1880s through the 1950s. To go over a couple of the more distinct variants in the above– an early Schmidt–Rubin cadet carbine and the later Karabiner Model 1931 (K31) — is USOG in the above video.

Built in a country prized for the precision in their watchmaking, the two guns are actually much different when you get into the bolts, but each is a work of art in their own right.

Interestingly, a DMR variant of the K31, the heavier ZfK55, remained in service through much of the Cold War while the regular Swiss trooper of the time carried SIG autoloaders.