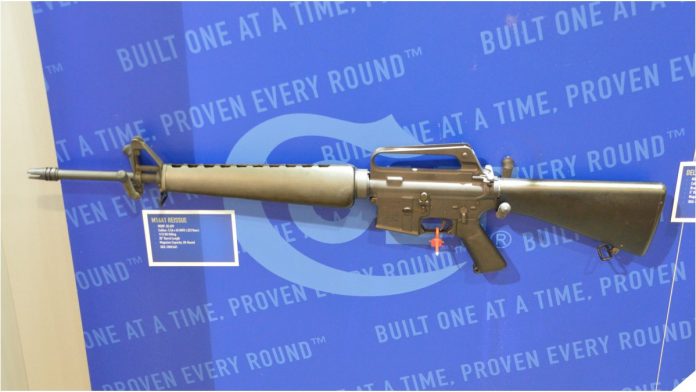 In a baffling subversion of the phrase ‘Better late than never’, Colt and CZ put out a press release this morning that they will be attending SHOT Show 2023.

West Hartford, CONN. (January 13, 2023) – The 44th SHOT Show is just around the corner, and Colt is delivering multiple new product releases. The Shooting, Hunting, and Outdoor Trade Show will take place on January 17 – 20, 2023, at the Venetian Expo and Convention Center in Las Vegas, expanding into the new Caesars Forum and adding more exhibit space totaling over 800,000 net square feet. It is a significant event for the shooting sports industry, with everyone present, from optics to tactical gear and hunting manufacturers.

Colt manufactures quality firearms for the military, law enforcement, and civilian markets. Since Samuel Colt’s first firearms patent in 1836, Colt is “Still Making History!” Colt will present its complete product line, including the newest CBX Bolt-Rifle, at booth 12857. Dealers, distributors, and media are welcome to visit while discussing and getting hands on new products being released for the first time at the show.

In addition to showcasing the newest products and talking with factory experts, the booth will have appearances from Colt Pro Shooter team including, Mark Redl, Jalise Williams and Justine Williams, and Outdoor Channel TV Stars, Gregg Ritz from Hunt Masters and Louie Tuminaro from The Gunfather: Restorations.

This is really late to say that. Like, people are flying there right now, and most others have long since decided whether they were going or not and purchased accordingly. Therefore this is a really weird time to say that you’re doing the thing that people expected you to do since there was no indication otherwise. We’re long past the window where people on the fence about the show are going to be able to easily book attendance and schedule it, and everyone else already assumed you were going to be there. Because why wouldn’t you be?

So who was this for?

It’s not even a good tease of anything. Taurus made a movie trailer to hype the return of their revolvers in the Rossi line and dropped optic ready carry revolvers today. Magpul’s usual creativity is on display for this week. IWI is going with their tried and true method of absolute silence until Tuesday, when people actually walk into the booth. It’s bizarre, but it works in a contrarian way to do a similar thing to the full court media press.

Colt and CZ are just like, “Oh yeah, hi! See ya next week like we already were going to.” It’s like your cousin saying, “Hey, I’m going on vacation with you next week.” when its the annual big family vacation, they’re always there at it, there was no indication they wouldn’t be there this year too, and its far too late to change plans if they weren’t going, but they are going so… yeah. Neat.