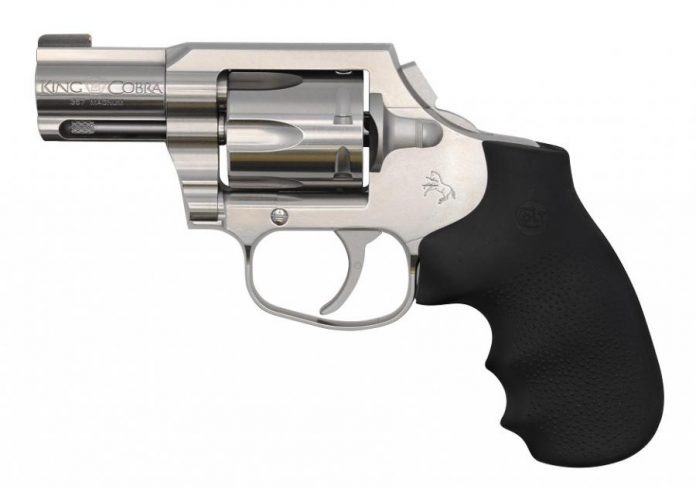 Colt is continuing to flesh out their return to the revolver world with a new .357 Magnum snub nose, the King Cobra Carry. After a long hiatus from the revolver market, Colt re-entered the waters in 2017 with the rebooted .38-caliber Cobra. The company followed up on that entry with the .357 Magnum King Cobra earlier this year.

The new Colt King Cobra Carry is a DAO .357 with a bobbed hammer and 6-shot cylinder (Photo: Colt)

By comparison, Smith & Wesson’s Model 60 stainless 2-inch in the same caliber has a retail of $729 but only has a five-shot capacity. Ruger’s real estate in the same neighborhood is the 2.5-inch version of the seven-shot GP100, which has the same price point as the Colt but tips the scales at 36-ounces.