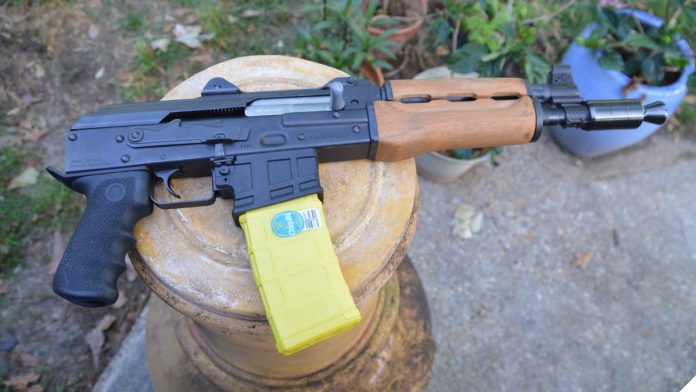 Colorado’s high court on Monday announced they have decided to hear a continued challenge to the state’s restrictions on gun magazines.

The case, brought by an individual and two Second Amendment groups — the National Association for Gun Rights and Rocky Mountain Gun Owners — takes issue with the state’s 15-round limit to magazines adopted in 2013.

The plaintiffs in the case argued the right to bear arms clause of the Colorado Constitution, written in 1876, was trampled by the magazine cap. They previously argued the protection prohibits the government from setting limits on the firepower available to Coloradans, citing for instance that magazine-fed Gatling guns were available and in circulation to civilians at the time the state constitution was adopted. Further, they argued the regulation was a de facto ban on almost all detachable magazines as capacity can often be readily changed through the use of detachable base plates.

A unanimous three-judge panel of the Colorado Court of Appeals stood behind the state’s ban last October. In that ruling, Judge David Richman said on behalf of the court that limiting magazine size to 15 cartridges “does not unreasonably burden the right to self-defense,” and that the 2013 law is “a reasonable exercise of police power without sweeping constitutionally protected activities within their reach.”

Below is the oral arguments in the case before the Colorado Court of Appeals last year.