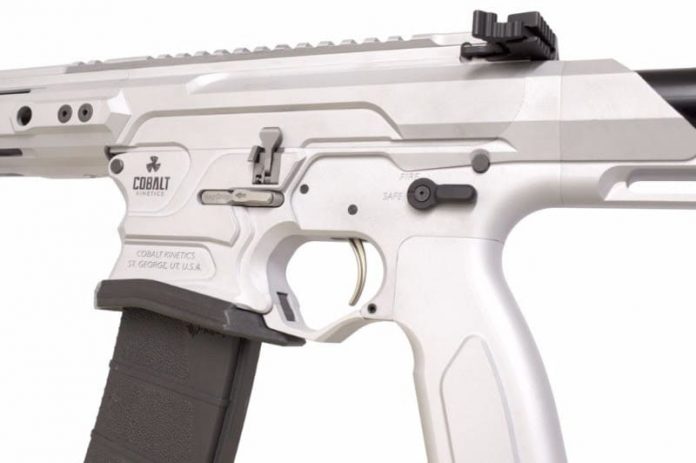 Cobalt Kinetics announced plans to open their CARS (Cobalt Advantage Reloading System) platform to the public as a limited beta test through select dealers.  The highly anticipated release of the CARS is available as an upgrade package on the following Cobalt Kinetics rifle models: BAMF, Eclipse, Edge, Team, Team Stage 2.

The limited beta test will run through the end of May.  The upgraded functionality of the “beta” CARS will cost $800 as a premium option when ordering.  Additionally, Cobalt is extending continued warranty and support and any upgrades or improvements to the rifles purchased on this initial beta release.

The CARS rifle autonomously drops an empty magazine and loads the chamber once an ammunition supply is present. When using a CARS equipped rifle, the user is only required to pull the trigger, and introduce a fresh magazine as ammunition becomes exhausted. More time and attention can be spent on target acquisition and engagement, allowing for faster and more accurate shooting. The CARS retains the standard operation of the AR-15 platform; the bolt catch and magazine release are still present and operational.

The CARS auto-drop feature can be selectively deactivated to retain an empty magazine. CARS auto-load is always active and operational; the gun will chamber ammo from a fresh magazine once it is inserted and seated. CARS functionality works with most AR-15 magazines.

The components used in the construction of the CARS system are made from D2 and S7 tool steel and coated in nickel-Teflon.  This process produces parts that resist wearing while also reducing the need for lubrication.

CARS is in its 5th revision since inception; reflecting dozens of improvements and refinements by their engineers. The 5th revision was extensively tested, with over 15,000 rounds expended during development and was vetted by numerous experts in the industry.

If you wish to become part of the beta test, locate a Cobalt Kinetics dealer near you on their website at: https://cobaltkinetics.com/cobalt-kinetics-authorized-dealer-locations/
or contact them directly at:
Phone: 435.656.0599
Email: [email protected]

Cobalt Kinetics was founded because of dissatisfaction with the status quo–rows of the same black rifles on every gun shop wall across the country.  The issue with “black rifles” is that there is little differentiation in the market and very little true innovation.

Cobalt decided to change the industry by demonstrating that common functions can be upgraded through thoughtful engineering.  Functions such as the Dual Drop and Cobalt Advantage Reloading System.  Also, platform flaws, such as muzzle rise, can be mitigated not by use of a muzzle compensator but by innovating changes to the buffer system. These changes can be done while still creating a rifle that maintains both precision, durability and aesthetics. Cobalt is driven to create firearms that are more effective, more reliable and more rewarding for the owner.