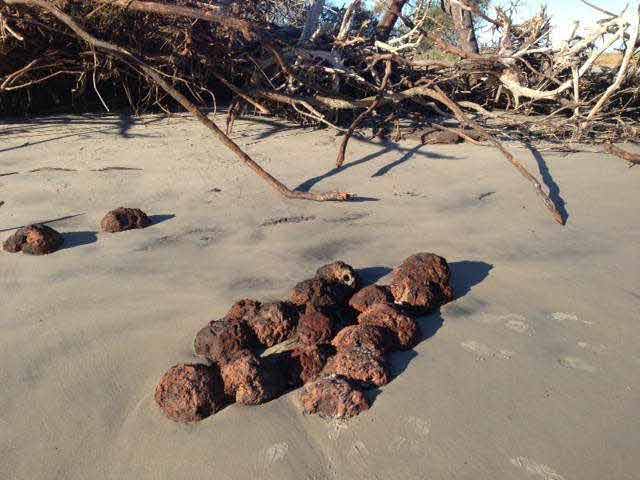 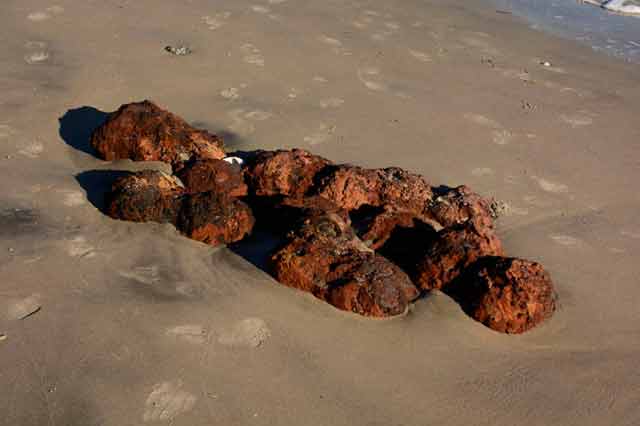 The former mayor of Folly Beach, South Carolina, discovered more than a dozen Civil War-era cannonballs on the beach Sunday after following the wake of Hurricane Matthew.Richard Beck said he knew as soon as he saw the objects that they were old cannonballs.The Charleston County Sheriff’s Office’s bomb squad, along with the US Air Force Explosive Team, came to the beach to evaluate and denote the relics, some of which were subsequently taken to the Naval Base.