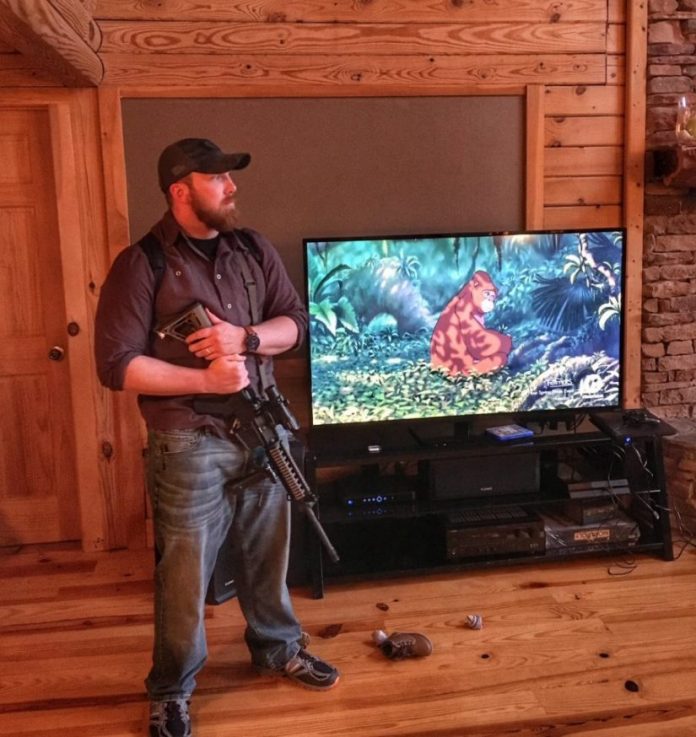 The debate between AK-47s and AR-15s is perhaps a bit more civil than the digital spats between the likes of Glock fanboys and 1911 historians in your Facebook newsfeed, but there are certainly some similarities. Arguments about stopping power, reliability, and accuracy get touted about by both sides in such generalized and exaggerated ways that one could be forgiven for thinking no AK platform in the world has ever malfunctioned and every AR-15 is a sniper rifle. Of course, the fact of the matter is, both platforms are made by a variety of manufacturers and in a variety of different set ups; some more reliable, more accurate, or more affordable than others.

I’ve gone on record in the past as saying the warring factions of the firearm world, like the automotive one, miss the forest for the trees when ranting at one another in forums and on Twitter. There are lots of great, budget friendly 1911 platforms available out there, and there are lots of solid shooting Glocks out there too. There’s nothing wrong with having a preference, but in our modern upvote/downvote culture, we seem to think liking one thing means having to hate the other… as though the solid reliability of your Glock in some way diminishes the accuracy of its competition in the 1911 camp. In truth, they can both be great guns, and if you’re not able to see that… you may be being guided by the team dynamic, rather than the facts.

I bought my AR-15 years ago at Wal-Mart along with a six pack of beer and a few hundred rounds of ammunition. At the time, it bore a striking resemblance the rifle my father carried in Vietnam, but there was no denying the familiar comfort that set in as a slung it over my shoulder and found my hands settling on the pistol grip in the same way I spent so many hours standing around in uniform. It was like visiting my old home town and finding everything just where it had been.

To this day, I still get that same sense of coming home when I hang that rifle over my shoulders. It’s changed a bit since that day years ago, and now looks and acts a lot more like the rifle Uncle Sam loaned me. Each time I remove it from the safe and do my usual tinkering or maintenance, I feel a connection to a younger me – one that saw a rifle as a companion as much as a tool.

Still seems like a totally normal way to spend an afternoon to me.

My AK-47, however, was the product of a chance meeting and a good deal. I had fired a few AK-47 platforms before, but not extensively, and in contrast to the AR I bought years ago, it was my unfamiliarity, rather than history with the platform, that prompted me to buy it. I looked forward to the challenge of learning how it functions, how to care for it, and of course, how to mess with it until it was uniquely my own. A new project, I told myself, and nothing more.

I was wrong. I love the damn thing.

While I left to serve in the Marine Corps, my older brother continued working in racing, eventually finding himself behind the wheel in a number of races before starting his own business. His budgets are bigger and interests are different, but his approach to cars is very much like my approach to guns: tailor each to a purpose, and you could always use one more. I spent some time driving and then shooting with him recently, and I realized that the AK and AR platforms are similar to two of his cars: the Dodge Charger Hellcat and the Dodge Viper SRT-10.

At first glance, I don’t see why you’d need both. At 505 and 707 horsepower respectively, they’re both scary fast, plenty loud, draw a crowd and rarely turn up on the losing side of a race. To the uninitiated, one certainly seems enough… but when you look more closely, you see that each is designed for variations within that “go fast” purpose. The Viper will tear the Hellcat to pieces in the twisties, the Hellcat will roar to victory in a drag race.

Cars: a much more expensive hobby.

My AR-15 feels like a precision weapon. It’s crisp, light enough, it talks to me through its behavior and, if I’m honest, occasionally gets in moods. The rifle exudes the confidence we’ve developed together: I know I can hit a target at 500 yards with iron sights with my AR because I’ve done it plenty of times. It’s hard not to develop an attachment to something like that.

In contrast to the AR, my American made RAS-47 feels like a tractor. It clunks and clinks as it releases rounds with little more recoil, but a noticeable difference in tone from the barrel, as it’s simple mechanics lumber away inside the pressed steel body. When I run and gun with the AR, I feel like a precision instrument. When I do the same with the AK, I feel like I’m throwing hammers at the target – and I freakin’ love it.

These two rifles, while similar in purpose, vary widely when it comes to execution. The AR, like a Viper, gives you a sense of confidence and poise. The AK, like a Hellcat, gives you this sense of primordial power: like that concrete wall doesn’t mean shit to me, I’ll just go straight through it.

One could argue that there are distinct advantages to each platform, and by and large, there are – but with so much variety on the market, your reliability and accuracy (often the two biggest talking points involved in this debate) are really just a matter of your budget. Both platforms are capable of being incredibly accurate as well as reliable.

Picking a favorite, then, really comes down to shooter’s preference. Some will be drawn to the comfort of the familiar, others will succumb to the allure of simplicity and cheap ammo… but the fact of the matter is, neither is a bad choice.

My recommendation? Get them both if you can. You never know when you might be in the mood to throw some hammers..

Images courtesy of the author