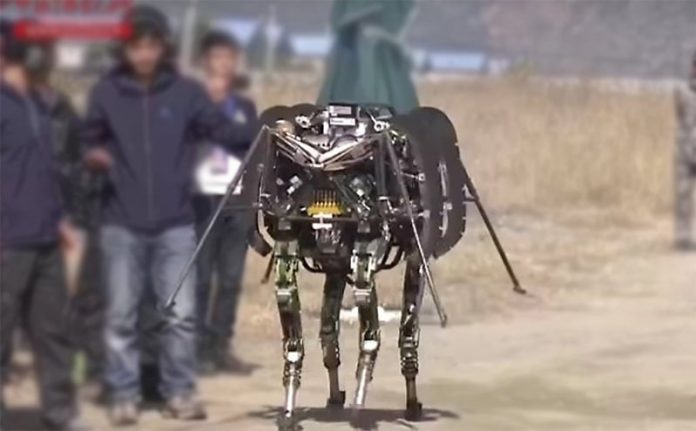 An eye-catching video emerged on the internet featuring Chinese combat biomorphic robots which were showcased at a military competition in China.

An ordinary Chinese military competition triggered interest hen biomorphic robots resembling animals were spotted in a video which found its way to the Internet despite strict Chinese rules which control usage of Internet, Russian newspaper Rossiyskaya Gazeta reported. According to the details found in the video, the footage was taken during the “Overcoming Obstacles 2016” annual competition which took place in China’s Heilongjiang Province.

The competition brings to the contest 73 teams from special research institutes and industrial enterprises, including the Engineering Academy of the Chinese People’s Liberation Army’s Armored Forces, National Defense University, the China North Industries Corporation NORINTO and Beijing University of Technology.