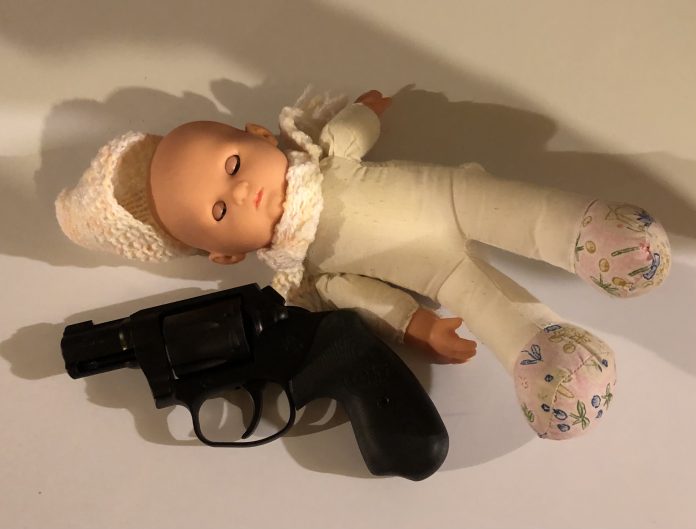 The term in the title carries quite a bit of emotional baggage, doesn’t it? As it should. No one wants to see statistics on the deaths of children. Except for the gun-grabbing left who toss such numbers about like confetti. And except for the fact that the numbers they toss are wildly misleading and show their craven disregard for actual facts.

Warning – I feel a rant coming on.

The statistics of gun-grabbers rarely separate out “gun deaths” as a result of criminal activity, law enforcement intervention, or self-defense, or even suicide. The age for the term “child” can go up to 21 or higher if organizations such as the American Academy of Pediatrics gets involved.

That means that the death of the 13 year-old who was out running the streets with a gun at 3AM is included in those stats. As is the death of the 16 year-old knife-wielding foster child. And every teenaged armed robber who is killed by a homeowner in the middle of the night in self-defense. Not to mention the teenaged gang members who murder each other and innocent bystanders with impunity nearly every day in places like Chicago.

Those are all “child deaths”. Except without context one is led to believe that toddlers are dying in the streets, and it is all the fault of the cops and the NRA.

Yet we rarely hear about the actual children killed in actual criminal violence. Those tragic stories rarely last in the news cycle and the children’s names are rarely chanted by marchers – because their deaths don’t fit the narrative and are thus not politically useful.

As a pediatrician and a gun owner this both enrages and saddens me.

WHERE are the parents? WHERE is the community? WHO are the ones who are allowing these “children” to grow up parentless, rudderless, and amoral such that they turn to gangs and crime and murder?

It’s not me or my gun-owning friends and it’s not the NRA who are at fault. This is a FAMILY problem, a SOCIAL problem, and a CULTURAL COMMUNITY problem, not a gun problem.

I am frankly fed up with taking the blame for the inaction and failings of others, and having fingers pointed at ME as a lawful firearms owner every time someone else’s lifelong series of bad choices results in a nearly predictable tragic outcome.

It’s not that I don’t feel badly for the grief of the families involved, but where were they for their kid? Where was the parenting? Where was the cultural and spiritual community support for that kid BEFORE something happened?

“Support” and marching AFTER the fact does jack. Stop blaming other people for the problems you yourselves have caused. Clean up your own communities. Mold your own children in the way they should go. Stop abdicating your responsibility and moral duty and BE the PARENT!!

I feel like a senile old lady yelling at the clouds :-(

Editor’s Note: The deliberate obfuscation of circumstances is in narratives that don’t fit the agenda are the greatest sin in media, in my opinion. It’s okay to have an agenda, to have goals, to have things that you as a writer or you as an organization would like to see come to fruition through policy, community efforts, or as agreements between companies and groups around the nation and around the world.

What isn’t, what undermines your credibility even if more than an agenda driven bias is obfuscating trends and circumstance that don’t fit your narrative in order to exploit them. A 17-year-old gunned down by a 16-year-old, or a 14-year-old, or blown up by a 12-year-old or a 10-year-old, is not a “child gun violence” death. It isn’t a stat to be swept into duct-taped together pile of barely correlated events based upon a wide age bracket. It may be the death of a young man or young woman, due to suicide, due to homicide, due to criminal violence between organized groups, or due to terrorist insurgent action. It may be any of those… but it isn’t a “child gun violence” statistic.

Undermining the argument by inflating the numbers through poor correlation does nothing but make any salient points you may have lose their value. We can’t talk about a reasonable strategy to reduce suicides among you people or reduce accidents through better safe storage education and strategies if you come to the table lying.

If you say its 4,000, and we know the number is 400 in context, why should we go further in that talk? We aren’t on the same page because one of us isn’t grounded in reality. If we both know the number is 400 incidents and we both know the goal is 200 incidents within 2 years, and then 100, and then as close to zero as we can make it, that is something we can have a reasonable “common sense” conversation about.

It’s like COVID, conversations about COVID are all over the map on there basis in reality. The folks who believe its a myth are every bit as wrong about the whole situation as the folks who believe that your chances of being hospitalized are 50% plus if you catch it (It’s a 1-5% hospitalization rate by the way) and neither of those groups can come to the table for a reasonable conversation about it.

Gun control policy suffers a similar problem, although much more heavily skewed onto the side of the ignorance of the anti’s. Every one of the policies, magazine bans, “assault” weapon bans, UBC’s, licensure, all of them sound like they are coming from the same fools who believe COVID hospitalizations are at 50%. It isn’t a sustainable conversation. It isn’t even a conversation worth having, unless there is an audience around to illustrate the foolishness too.