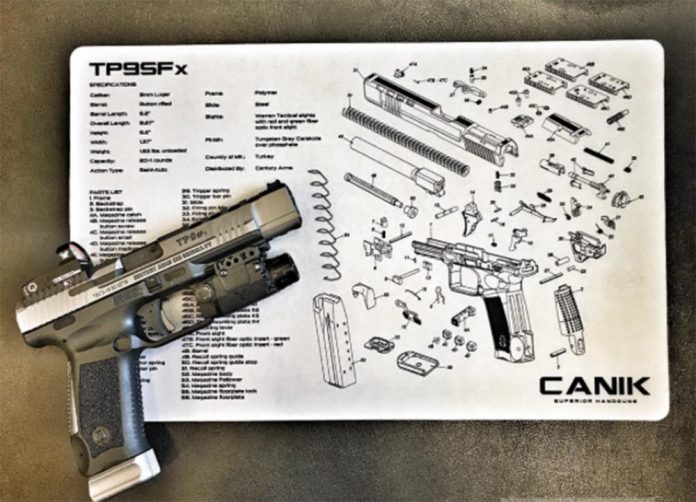 The TP9SFx, the latest addition to the Canik handgun lineup, is now shipping and will soon be available at major retailers, Century Arms announced Thursday.

The competition-ready pistol is chambered in 9mm with a 20+1 round capacity. Weighing 1.83 pounds, the TP9SFx boasts a 5.2-inch barrel with an 8.27-inch overall length.

“The TP9SFx is purpose designed to be an ‘out-of-the box,’ race-ready and ultra-reliable platform for competitive shooting,” said William Sucher, Vice President of Century Arms, in a statement. “It features, among many things, the smoothest trigger of any pistol in its class along with Warren Tactical Sights and the ability to easily mount the most common reflex-style red dot optics.”

Inside the box shooters will find the TP9SFx, two magazines, a polymer holster with both a paddle and belt attachment, cleaning rod and brush.