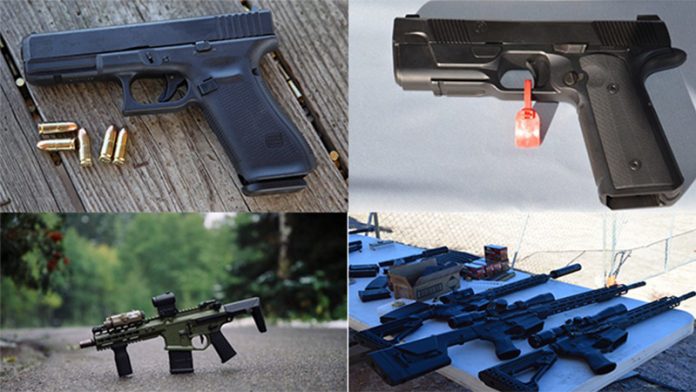 In case you’ve been living under a rock or maybe in your nuclear shelter, here’s a wrap-up of the notable new guns we saw roll out from manufacturers in 2017. 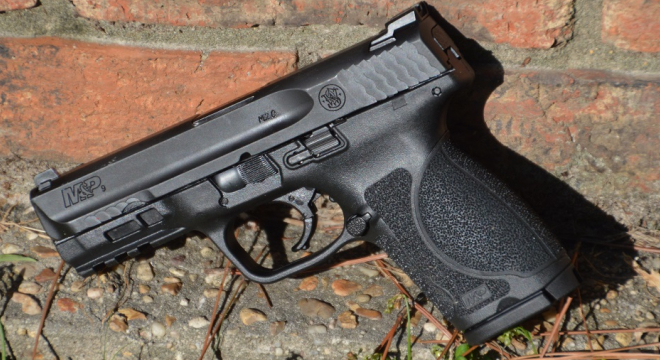 On the heels of the new M2.0 pistol, Smith & Wesson launched the M2.0 Compact version going head-to-head with Glock’s G19 series. The M2.0 Compact took the M&P lineups popular pistol features and squeezed them into a slimmer, smaller package. Chambered in 9mm and .40 S&W, the Compact version offers a four-inch barrel nestled inside a stainless steel slide with Amornite coating. MSRP comes in at $569. 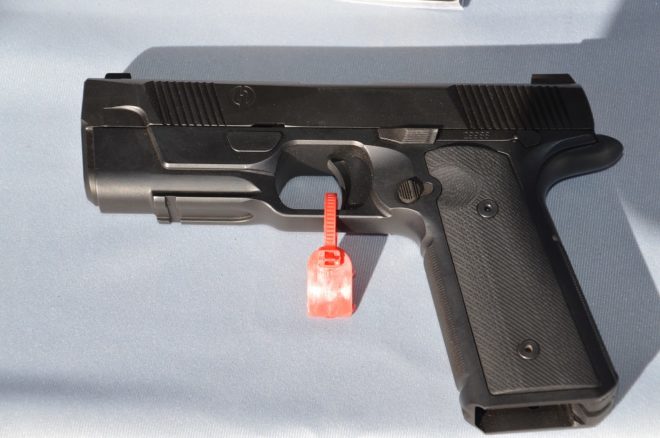 The Hudson H9 rolled out this year, featuring a 1911 style paired with a modern striker fired design.(Photo: Chris Eger)

The flagship model from newcomer Hudson Manufacturing, the H9 pistol boasts a full-size 9mm design that pairs striker-fired goodness with that sweet 1911 trigger breaking at 4.5 to five pounds. Tipping scales at 34-ounces unloaded, the H9 offers a 4.28-inch barrel. The double stack, 15-round capacity, low bore axis, and accessory rail up the capabilities of this newbie — which is a good thing considering it costs a pretty penny. MSRP on the H9 comes in at a cool $1,147. 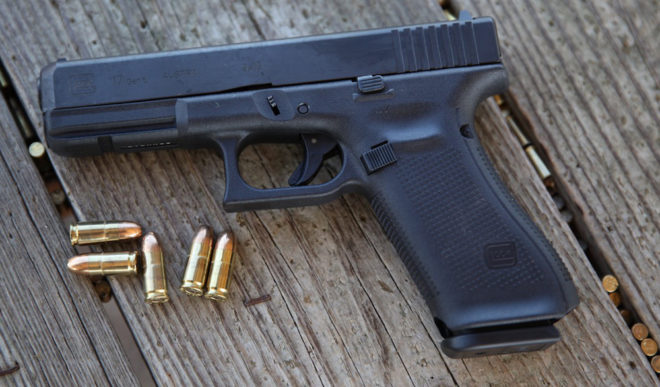 The Gen 5 Glock 17 was one of two Gen 5 pistols introduced in the fall. (Photo: Jacki Billings)

We’d be remiss if we didn’t at least mention Glock’s foray into the next generation with its Gen 5 series. Announcing the Gen 5 17 and 19 to the delight of Gaston’s fanboys everywhere, the Gen 5 series saw some minor tweaks to the G17 and G19 design. Removing finger grooves from the grip was just the start of the improvements, with Glock also equipping the new series with a new nDLC coating and Glock Marksmanship Barrel. Rounding out the notable features on the Gen 5 was a trigger overhaul that cleaned up the Glock’s notorious mushy feel and delivered a crisper, more responsive trigger. Pricing on the Gen 5 series starts at $599. 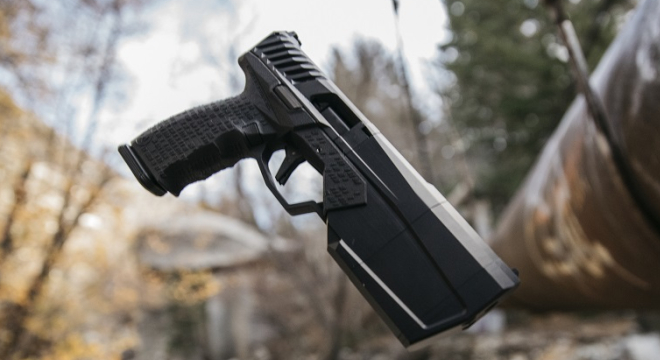 Though the SilencerCo Maxim had been in devleopment for years, it made its official debut to consumers in January 2017. The 9mm pistol design turned heads and wow’d NFA aficionados with its integrated suppressor. Accepting double stack Glock 17 mags, the striker-fired handgun touts a 4.38-inch barrel and is hearing safe, according to SilencerCo. The Maxim showcases a hefty price tag of $1,499 and that’s without the required tax stamp; but for shooters looking for an all-in-one suppressed  pistol, the Maxim is worth its price. 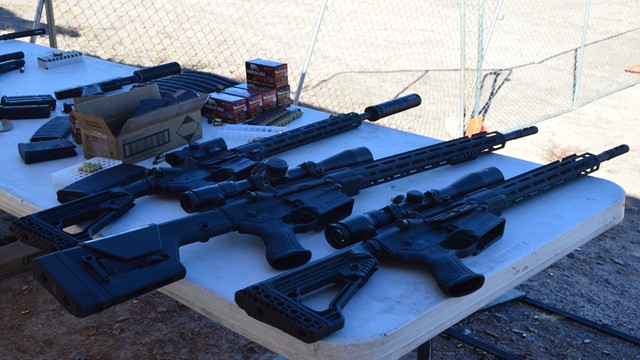 The MSR series delivers an entry level set up at an affordable price. (Photo: Kristin Alberts)

Savage Arms unveiled its lineup of Modern Sporting Rifles at SHOT Show earlier this year to quite a bit of buzz. The new line of direct-impingement AR-style rifles came chambered in popular calibers such as .308 Win, 6.5 Creedmoor and the always in style .223. Launching with four models, the affordable series offered a means for entry level shooters to jump into the rifle arena. Though prices ranged across the MSR platform, base set-up slipped into the market at just $852. 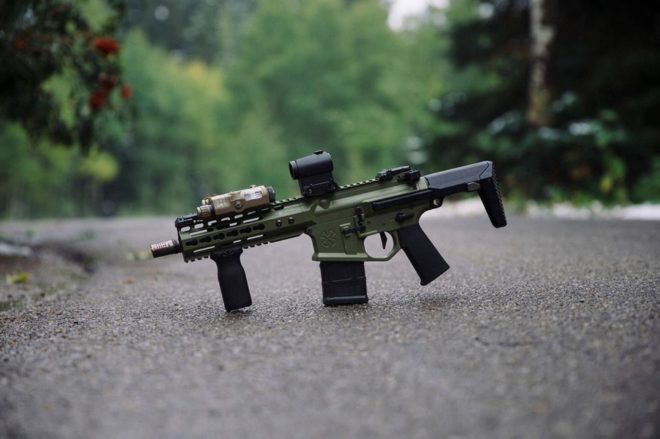 Giving the middle finger to political correctness, Noveske finished its year with a bang, introducing the Ghetto Blaster carbine series. Available in three configurations — 16-inch 5.56 and two 7.94-inch models in .300 LK or 5.56 — the rifles offer an adjustable gas block, Geissele SD trigger and Magpul grip. Serving up both Keymod and M-LOK handguard options, the Ghetto Blaster comes in around the $2,000 mark.