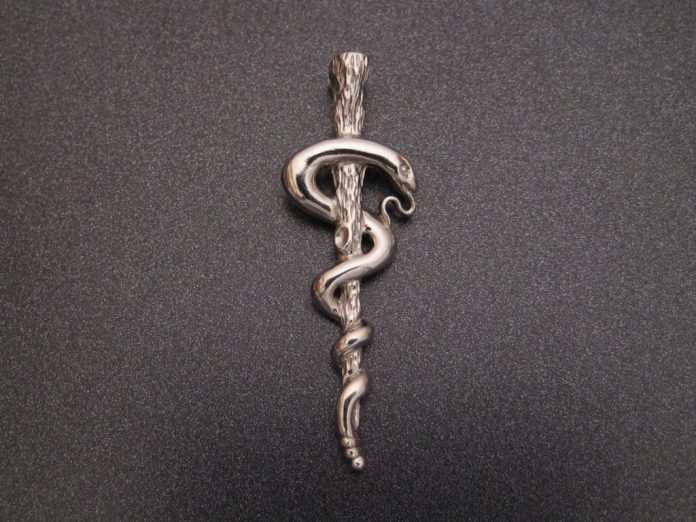 It appears that the coronavirus has outpaced both Obama and Beto as gun salesman of the decade.  Reports abound of large numbers of first-time gun buyers depleting inventory in local gun stores across the country.  These purchases have elicited the expected pearl-grasping by the confiscationists, but these hoplophobes always miss the obvious:  gun are used defensively vastly more often than they are used in the commission of crime.  Perhaps the pandemic-associated terms of art could help explain our position that these gun purchases are good for everyone.

[Editor’s Note: May, with it’s own brand of 2020 turmoil is looking at breaking records too]

The discipline of public health views efforts to stop disease through a model of graduated levels of prevention:

1. Primary Prevention—intervening before health effects occur, through measures such as vaccinations, altering risky behaviors (poor eating habits, tobacco use), and banning substances known to be associated with a disease or health condition.

2. Secondary Prevention—screening to identify diseases in the earliest stages, before the onset of signs and symptoms, through measures such as mammography and regular blood pressure testing.

3. Tertiary Prevention—managing disease post diagnosis to slow or stop disease progression through measures such as chemotherapy, rehabilitation, and screening for complications.

Applying these ideas to gun ownership, defensive gun usage, and violent crime, increased prevalence of guns in responsible hands might be the “primary prevention” of violent crime.  This may reduce the likelihood of criminal assault (see below), in a way increasing society’s relative immunity to violent crime. This is the ideal outcome of gun ownership: no one is harmed, and crime is averted.  “Secondary prevention” might be defensive gun use to keep a violent crime from occurring, in the service of preventing the threat from causing damage.  “Tertiary prevention” may be compared to firing the gun to stop violence in progress—the least favorable outcome, except for all the others.

The above analysis shows where the public health analogy about guns breaks down, and hoplophobes go astray. Although we have no way to keep viruses from thinking twice about attacking us, we absolutely have ways to make would-be violent felons rethink their approach to life. A complete public health model of crime prevention would promote gun ownership as primary prevention, i.e., publicizing the value of widespread gun ownership instead of discouraging it.  Having to use a gun to stop a threat is the consequence of the absence of general deterrence.  It happens because the commonness of American gun ownership isn’t well enough known that would-be attackers realize the odds of facing off with an armed potential victim, such that they don’t attack in the first place.

During the current pandemic lockdown and associated gun buying, criminals would be well advised to think twice about violent break-ins as the tide turns toward more widespread gun ownership.  Although it is difficult to capture this numerically, there are some promising data points that support the construct of deterrence as “zeroth prevention”:

“Higher rates of concealed carry permit holders are even more strongly associated with reduction in violent crime than are ‘right-to-carry’ states. The probable reason for this is that ‘right-to-carry’ studies often include ‘open carry’ states, which have not been shown to correlate with more people actually carrying or even owning firearms. Rates of concealed carry permit holders are better indicators of the number of people who actually possess and carry firearms within a given population.”

“56% of felons surveyed agreed that ‘A criminal is not going to mess around with a victim he knows is armed with a gun.’ 74% agreed that ‘One reason burglars avoid houses when people are at home is that they fear being shot.’

“A 57% majority agreed that ‘Most criminals are more worried about meeting an armed victim than they are about running into the police.’ [Yet i]n asking felons what they personally thought about while committing crimes, [just] 34% indicated that they thought about getting ‘shot at by police’ or ‘shot by victim’.”

Gun ownership does not require any further justification than its status as an inalienable right protected against government infringement by the Second Amendment.  Nonetheless, several state governments have closed gun stores during the pandemic lockdown, and are now the respondents to resultant  legal action.  Gun-grabbing politicians fail to appreciate that during times of unrest, when police forces are stretched thin either by illness among their ranks or their more urgent need elsewhere to manage the crisis, well-armed civilians are the best deterrence against violent crime.  We are our own first responders.

Ideally, training is obtained in person, but the current pandemic highlights the need for legal recognition of alternatives.  It is far better that these new gun owners avail themselves of online training than to go without.   I recently asked my Governor for consideration of this following the close of the Virginia General Assembly, which promulgated, among other infringements, HB 264, prohibiting online concealed handgun permit training.  Additionally, characterizing indoor shooting ranges as “entertainment” establishments is preposterous.  Fastidious attention to social distancing and hygiene practices could restructure how those establishments function, but there is no reason they should cease functioning, given the essential role they play in keeping civilians armed and “well-regulated.”

Concealed Handgun Permit holders are assets to society, not liabilities. The current pandemic and the appropriate widespread purchasing of guns and ammunition makes it clear that there is broad opposition to efforts that reduce access to self-defense.  Veto HB 264:  this is the safest way for new gun owners to obtain life-saving training during the pandemic.  Remove indoor shooting ranges from the “Entertainment” list in Executive Order 53.  A well-trained, well-practiced, and well-armed civilian population is the best deterrent to lawlessness.

Gun grabbers aren’t going to let any opportunity to infringe on our rights go to waste.  Remain vigilant, get involved, vote, and stay well-regulated.

Threats to Gun Ownership Amid the Chaos