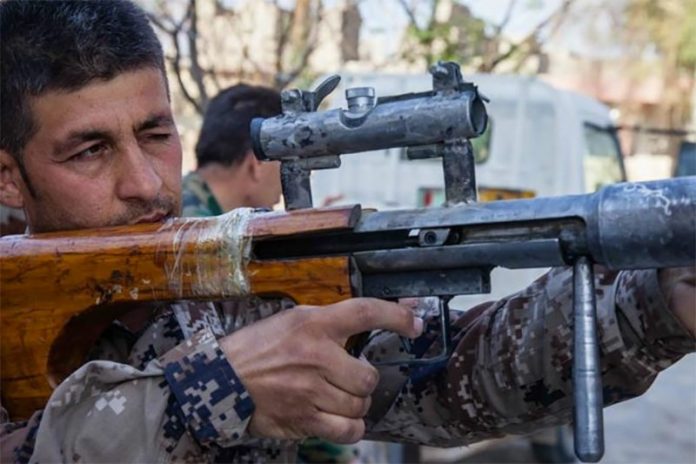 Jake Hamby, who describes himself as a “Former Combat Camera dude/Aspiring Filmmaker/Duel-Sport Enthusiast” recently ran across a whack job of a garage gun in Iraq.

The gun was apparently captured by Peshmerga forces which Hamby is working with near Bashiqa, a town in the Mosul District of northern Iraq and, if a picture says a thousand words, Hamby’s snap shots are profanity at its finest.

“Fanaticism is the mother of invention. This is a DIY .50 ‘sniper’ rifle recovered from an IS position by the Free Burma Ranger team in #bashiqa #iraq #kurdistan #banthoseguns,” noted Hamby on Instagram, going on to explain that the gun “weighed 25-30 lbs so [it’s] certainly not flimsy”

Mrgunsngear, a compatriot of Hamby’s posted more images to social media, some of which we have below. We warn you though, we have seen better and more reliable looking stuff from Royal Nunsuch.