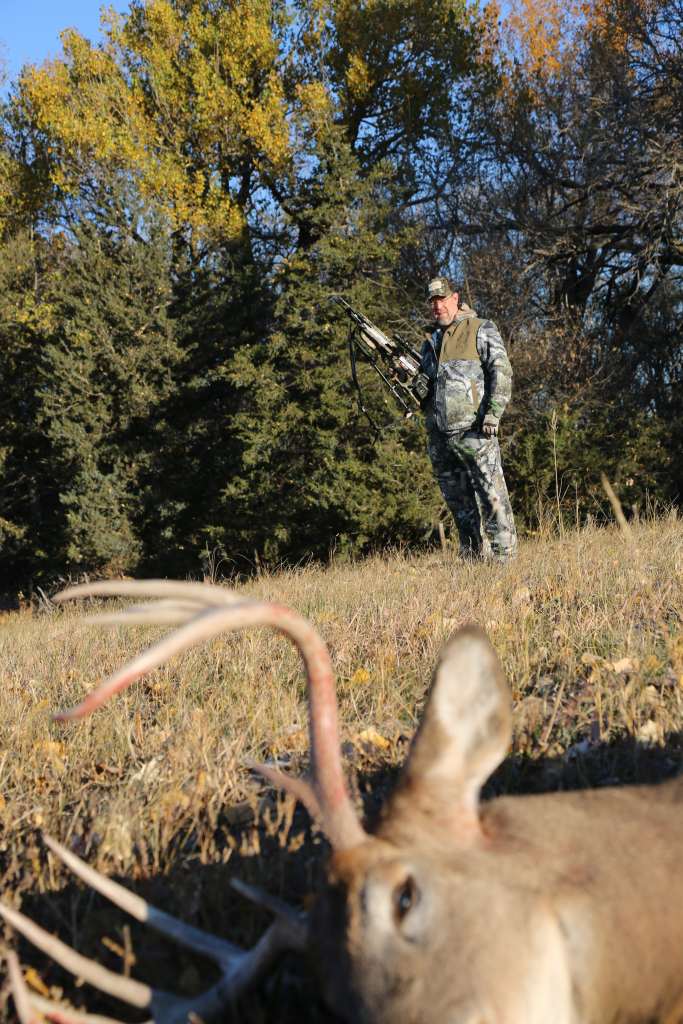 A pair of bucks ran across the rolling sandhills of Nebraska, making their way towards the woodlot I was watching. There had already been an abundance of doe and small buck activity, and as the sun made its way into the western sky, the big boys were making an appearance.

The lead buck had my attention with five even points stretching off each antler. My heart rate quickened in anticipation at the opportunity to level my crossbow at his big body. The bucks entered the cedars and deer started moving in every direction. Does were running through the trees, and smaller bucks were getting out of the way and watching carefully. I caught glimpses of antlers moving through the dense cover and eventually spotted my target buck about 200 yards down the fence line freshening up a scrape and raking the bark off an adjacent tree. The rut had obviously kicked it.

I worried the buck had run through the thicket and checked the does, and would continue his way to the next block of cover when a commotion caught my attention. The two biggest bucks were chasing a doe, and they ran right to the edge of the small field I was situated on. The doe kept looking back, and my target buck edged his way up the fence until he was right in front of me. I ranged him at 72 yards and dropped my crossbow to my knee.

The buck was perfectly broadside and busy working on a new rub. I had plenty of time to level my crosshair, double check the range, and let an arrow fly, but it didn’t seem right. Any shot at a whitetail over 50 yards is risky business. To begin with, they are spooky creatures that can jump a string at 20 yards, let alone 72. The arc on the arrow would make it more susceptible to the gusting prairie winds, and all the deer had to do was take half a step in the time it took for my arrow to get there and my season would be over with no deer to show for it.

I let the buck carry on, and he was soon chasing does and letting every creature in the woods know he was boss. The doe that had drawn his attention early tried to sneak back down the tree line, and the buck resumed his chase. This time he passed in front of me at 61 yards but never stopped walking. I reminded myself to be patient.

As the sun started to set below the horizon, I thought my day was done. I had watched the buck off and on for nearly two hours, and although he was close, he wasn’t within my comfortable crossbow range.

I was taking in the pastel-painted skyline and couldn’t believe my eyes when the big buck returned, jumped the fence and focused on his stomach instead of the ladies. I felt like I was in the chess game of my life, as the buck would feed towards me only to turn and not offer a shot. He would wander too far away, then tease me by feeding back into the field. With light fading fast, the buck finally stopped at 46 yards, offering a perfect quartering-away shot. My arrow found its mark and the buck only traveled 50 yards before piling up.

Targets Are Not Wild Game

Patience is a virtue, but ethics help define a hunter. With the long-range crossbow craze getting attention, some good advice would be never shoot at a live target in a hunting situation at yardages you have not practiced and are not comfortable with at the range.

Fact: A crossbow shooting a 400-grain arrow at 400 fps will drop 92.8 inches to hit a target at 100 yards. That is a significant arc, from what would be the fastest bow around. 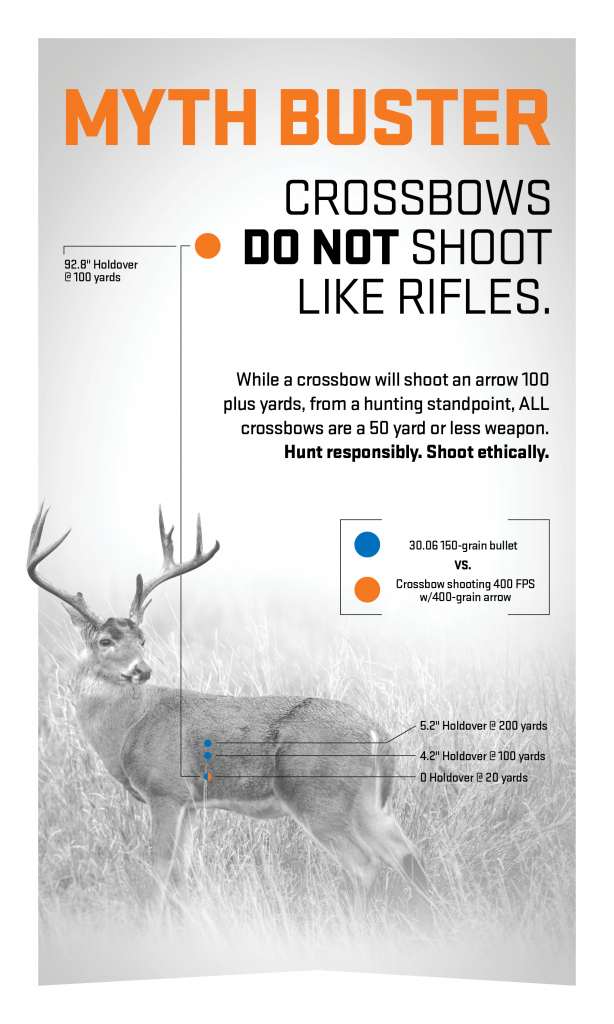 My 50-yard maximum forced me to pass the big buck I hoped to harvest. Anything beyond that has so many elements of risk that I can’t justify trying it. I owe it to the animals I pursue to make clean, ethical shots every single time.

Anyone that thinks they can make a 100-yard shot when hunting needs to run some tests. Set up at the range and shoot your crossbow so you can see the actual arrow flight. It should astonish you how big the arc is, looking like a bold rainbow after a good rain. Video the exercise and play it back in slow motion. The time it takes for the arrow to get to the target should make it clear that it isn’t an ethical hunting shot.

Have fun target shooting at extreme ranges, as it will only make you more accurate at distances you intend to hunt, but don’t confuse long-range target shooting with how far to push a crossbow when hunting.

This article was originally published on Shoot-On and is reposted by request. 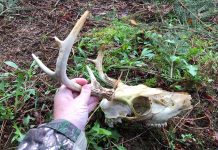 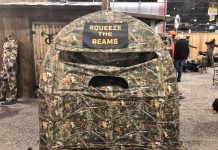 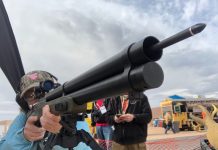 Blow-up Your Hunting Season with Umarex