Those of you with a sweet tooth are probably familiar with the sugary confection called Turkish Delight. The sweet treat is a bit obscure in the US but internationally appreciated. A parallel with that treat can be drawn to today’s handgun. Not only in origin, but also in its need for importation and in the question concerning how the US market will react to a product that is well-received in other locales. Will we dive in, smile, and rub our bellies, or will we turn up our noses? 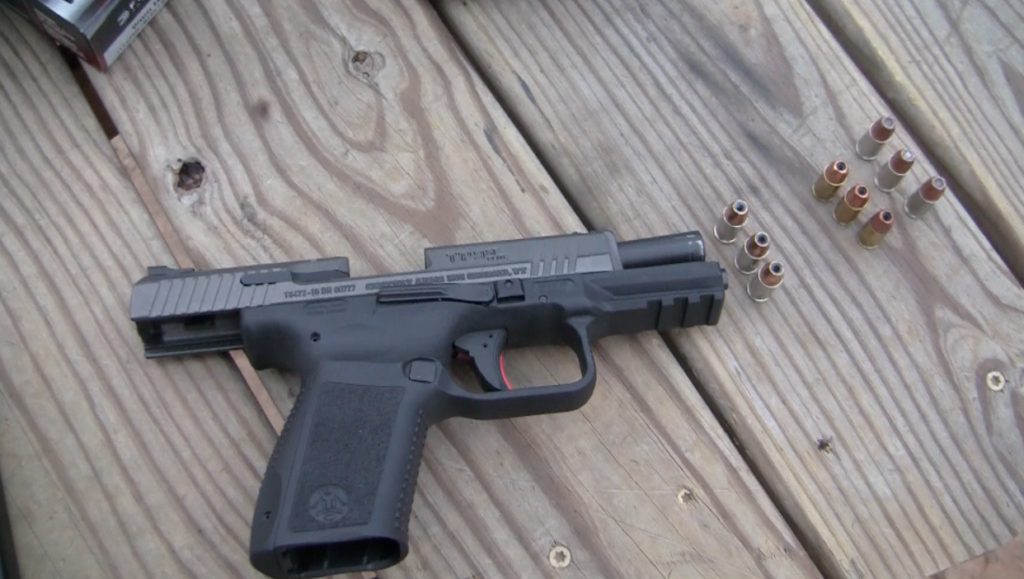 What the heck is a Canik? You hear this question in gun shops across the US regularly. For some the name is quite familiar, but for others the buzz has only recently grown enough to register on their radar.

It’s not uncommon for US companies like Century Arms to find a popular firearm and begin importing it into the US. Nor is it uncommon for those relationships to develop to a place warranting the platform be modified to better suit the US market. Think about Springfield’s decision to license the HS2000 line years ago. Or take a look at the Shotgun world and think of Stoeger, Huglo, Girsan, or even the Weatherby SA-08.

Canik is a Turkish company that’s been known for CZ 75 type clones in the past, and more recently, striker fired polymer handguns. In fact, I’d say these polymer handguns are what they are best known for today. The polymer TP series has evolved a bit over the years, listening to the US market in particular. Currently Canik’s website lists the TP9SA, TP9SF, TP9SF Elite, TP9SF Elite-S, and TP9SFx. The difference between the TP9 SF Elite and Elite-S is a safety at the rear of the trigger guard on the S model. The TP9SFx model targeting the competition scene is the most recent addition in Canik’s line up. Let’s take a look at the recently released TP9 SF Elite— the gun that Canik is positioning as their flagship model. 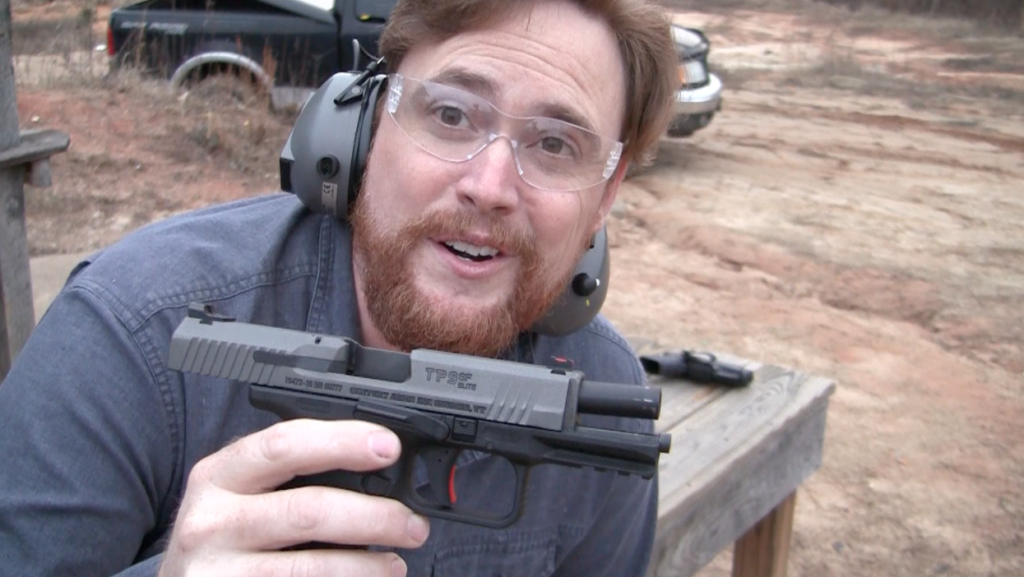 When you pick up the handgun, those of you that have prejudice or skepticism concerning handguns without name recognition will likely feel some cognitive dissidence. The gun gives off a quality first impression. The finish is well executed and several components typically made of polymer on other handguns in this category are made of metal on the Elite. You’ll notice the sights and think “I wouldn’t have to change those immediately.” By the way, that’s not only a good thing because of cost savings, but also because newer handguns often lag behind in after market support. Note: Folks around the range have been reporting installing M&P front sights and Glock rear sights on their TP9 SF models with success. I have no personal experience with this and am unaware of whether this works with the Elite models or not. 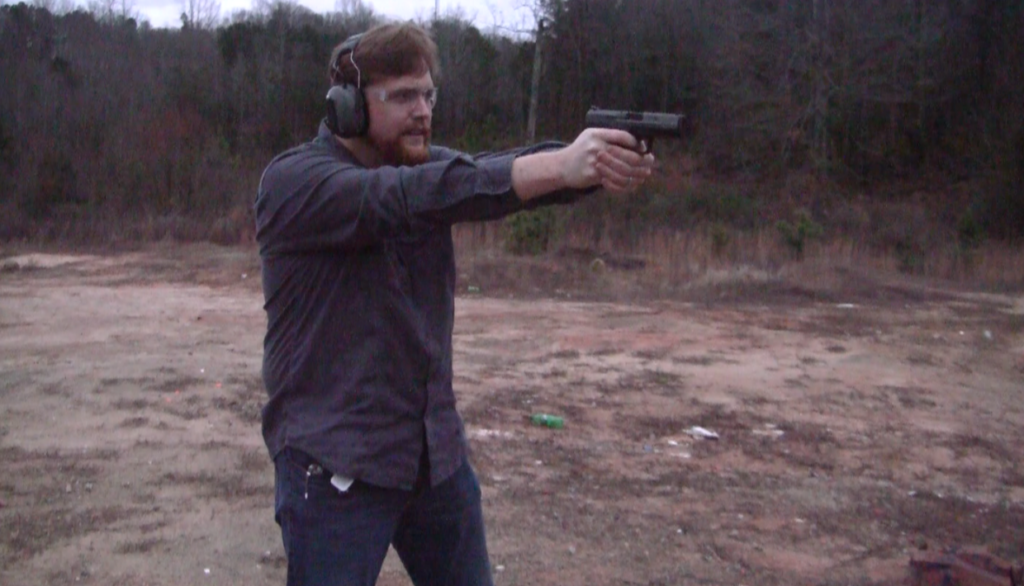 The grip on the Elite is farther forward than most competing polymer handguns. This allows for a higher than usual grip with a natural beavertail feel. The perceived recoil for this piece is notably soft— providing for quick follow up shots. For me, the gun pointed quite naturally and its short reset single action trigger was easy to become accustomed to. Overall, it’s a pleasure to use to ring steel at the range. 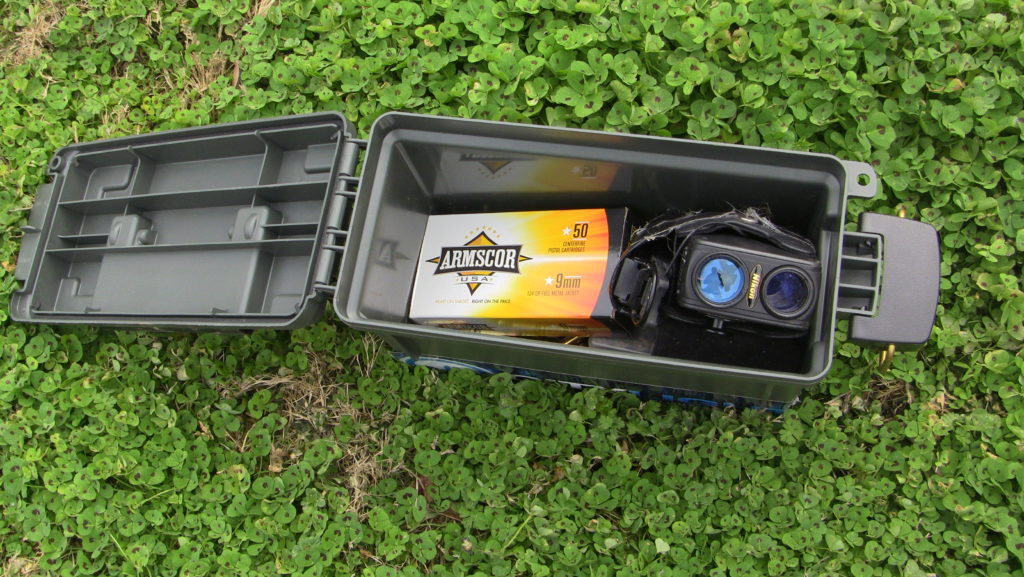 Century advertises 60,000 rounds without failure. They may, in fact, have a test model with those numbers, but that wasn’t my experience. I had one FTE and one double feed in the first 300 rounds. However, after those failures, I had no other failures (beyond the one I purposefully induced). As the title suggests, I shot 1,000 rounds.

The ejection pattern early on was erratic but seemed to normalize over time. However, though I didn’t continue getting brass in the face or to the body, the ejection did seem soft with shorter than standard throw. This may be no issue since the gun seemed to work well after those initial foibles, but I’d be comforted by a stronger extractor. 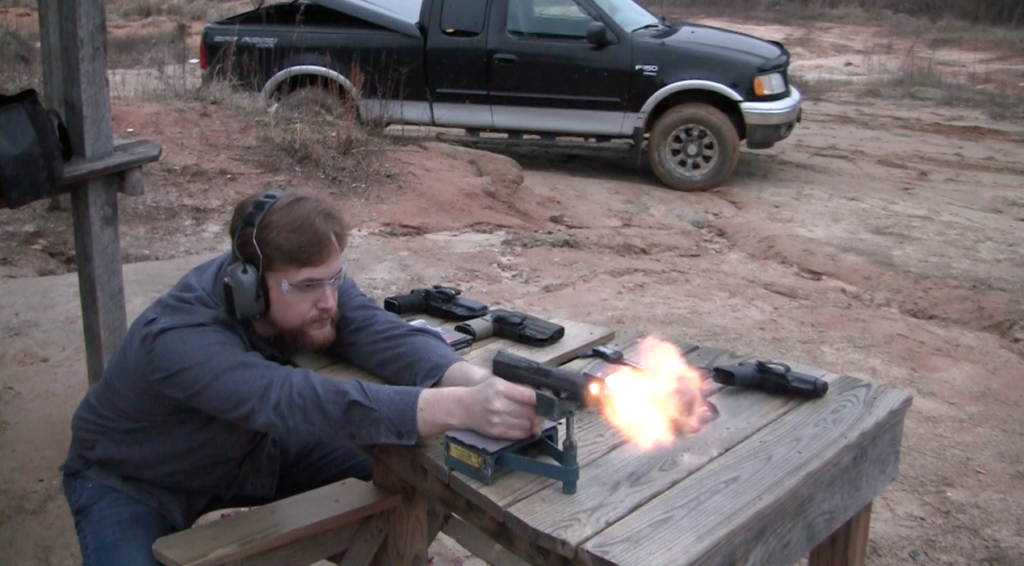 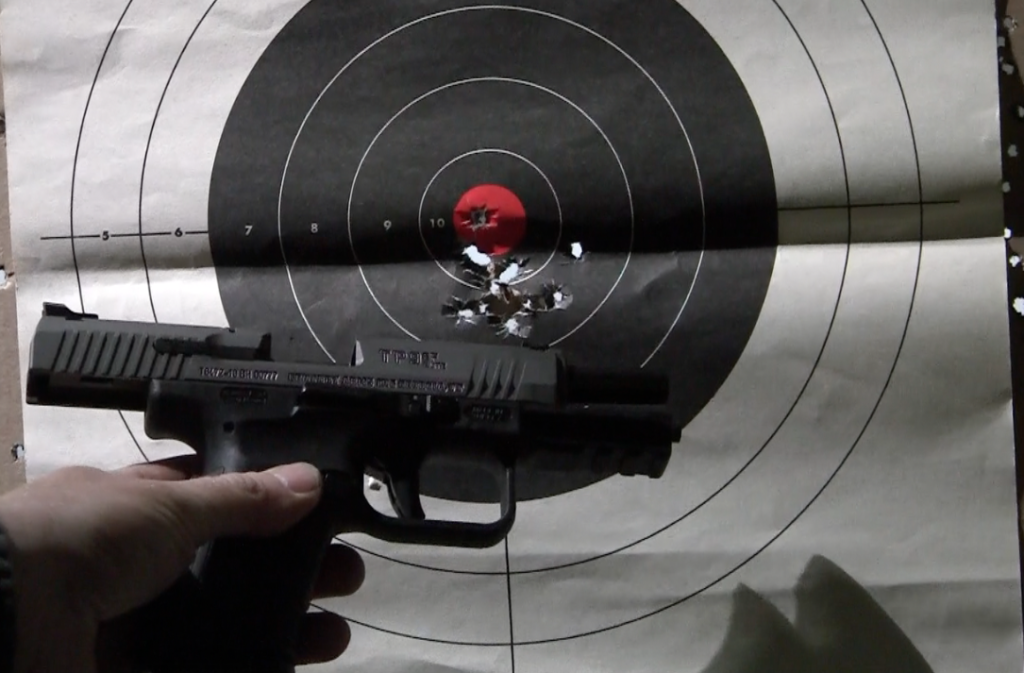 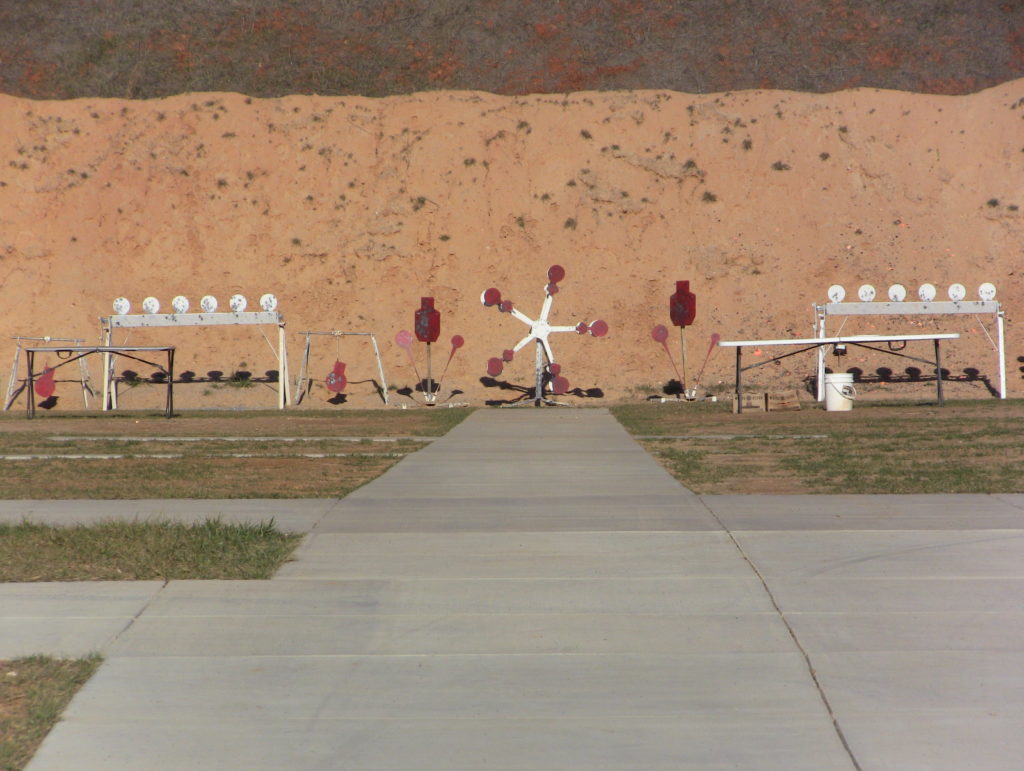 The gun’s accuracy seemed to be slightly above average for the type and definitely enough to be considered “combat accurate.” It’s not difficult at all to achieve palm sized groups off hand at defensive distances. You don’t even have to use Andre the Giant sized palms to say so.

Dinging my 8″ steel circle from Shoot Steel at 25 yds was quite manageable as well. 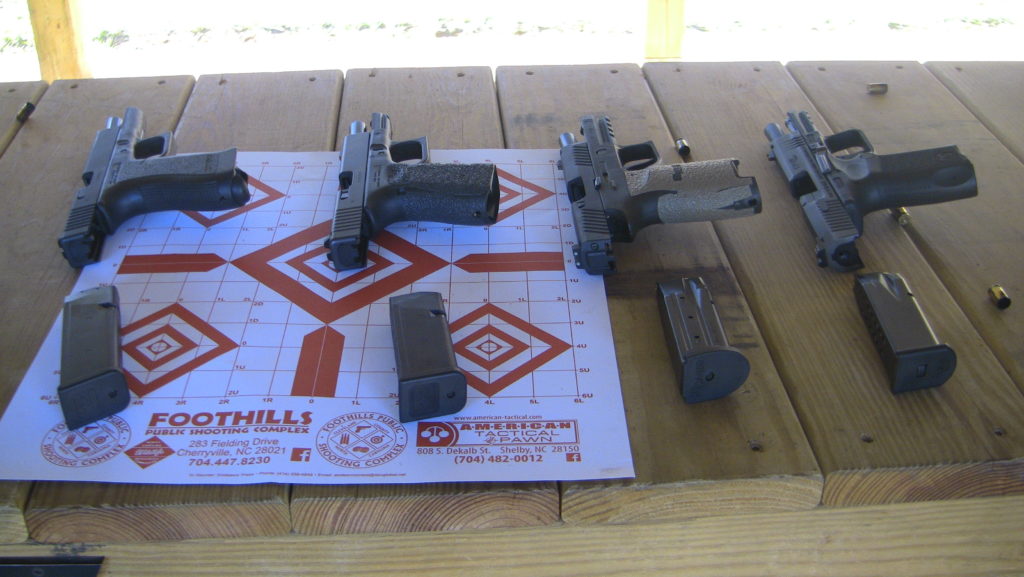 Over the first 1,000 rounds, the gun has seen a lot of North Carolina red clay and quite a bit of sweat, and the finish has held up well. A thousand rounds isn’t really enough to test the longevity of internal components, but it’s a significant test nonetheless. There are no concerning internal wear indicators yet. 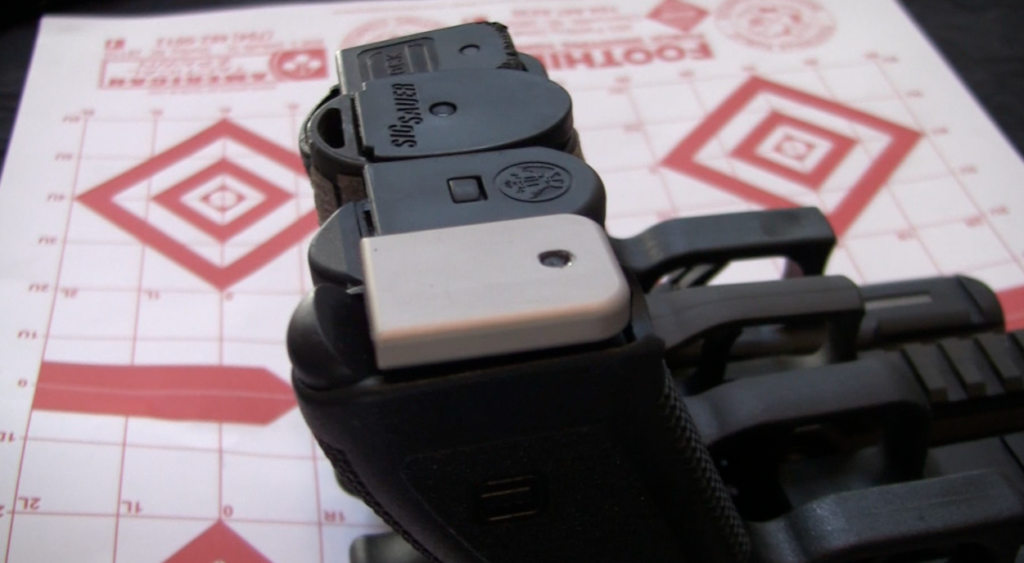 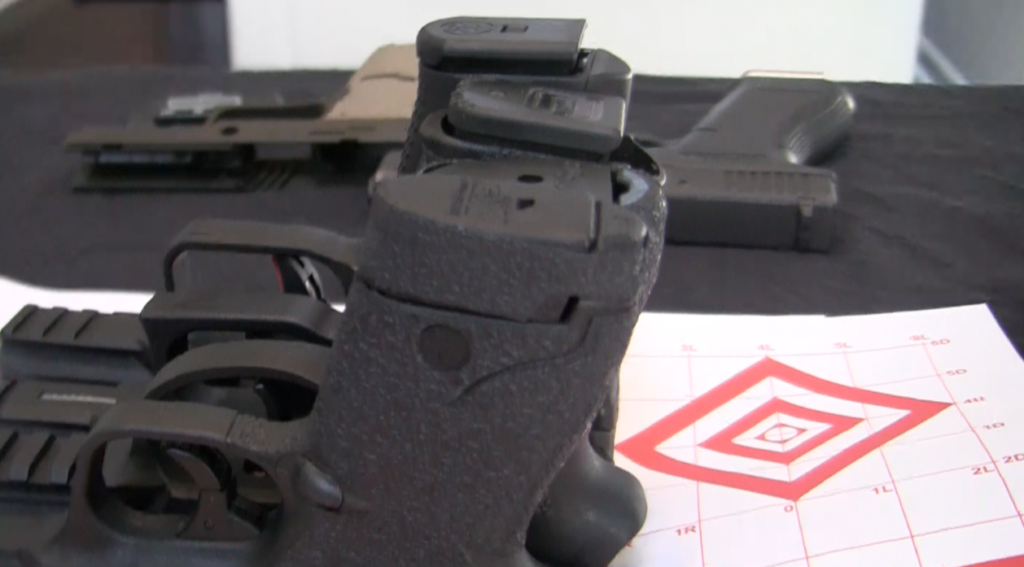 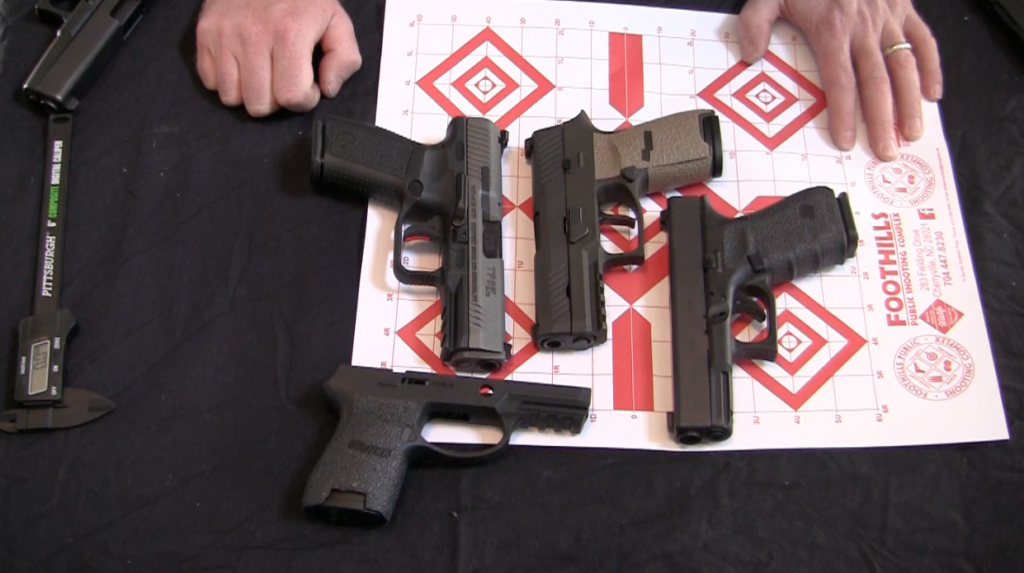 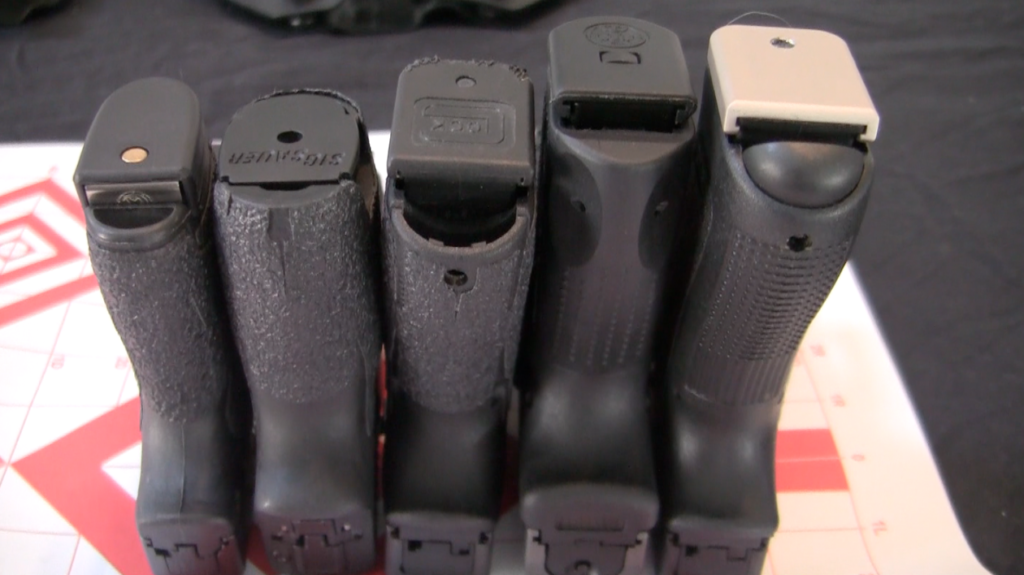 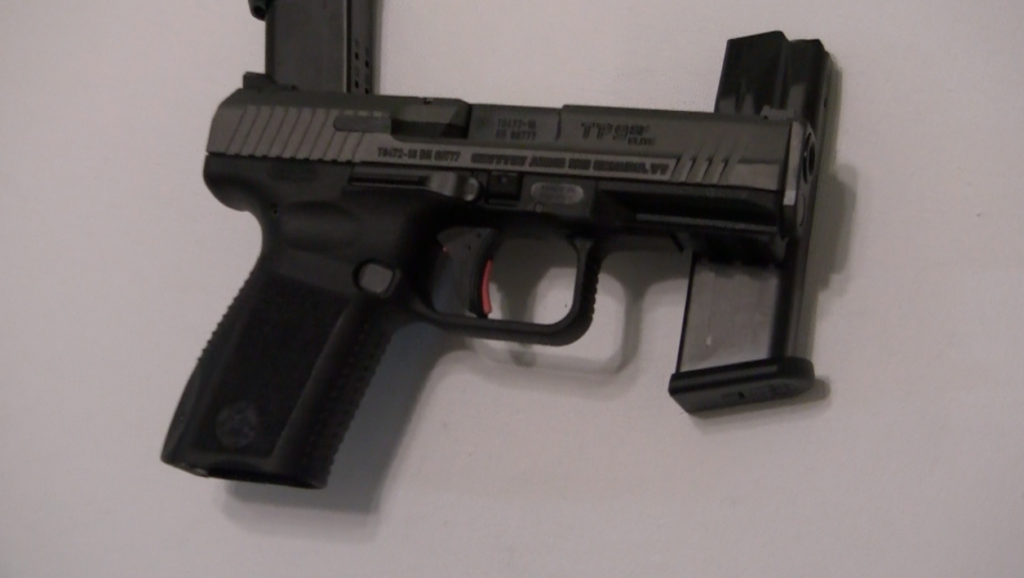 The gun is a joy to shoot and offers a lot of options at a value price point. I have a sample size of one, and time will tell if enough vendors pick it up to allow for robust aftermarket support. How widely the TP9 SF Elite is adopted will likely be determined by two questions. Can Canik maintain quality control as demand increases? How well will Century deal with any initial growing pains and/or customer service issues? If small concerns are answered in a timely way, this gun has the potential to be a phenomenal success.

Tons of features and really pleasant shooting characteristics at a very affordable price. An attractive overall design from my perspective. 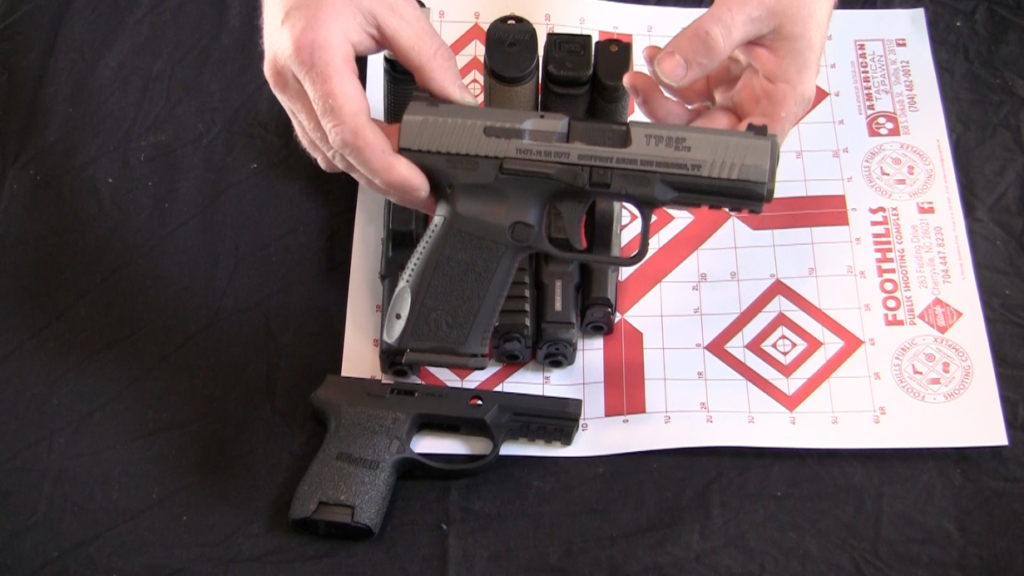 This gun is too large for the average user to consistently carry, but may be attractive to those who favor carrying full-sized guns as this will prove a bit more concealable than a G17 or standard M&P. So what the heck is a Canik? Perhaps it’s a magic word used to describe a sweet international shooting treat that will prove quite easy for those in the US to digest. Perhaps.