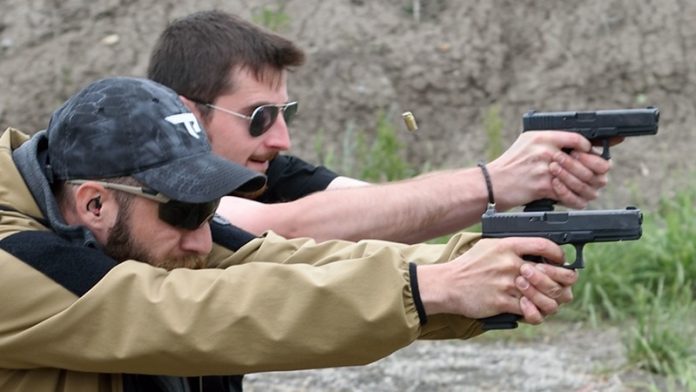 Much like the United States, Canada is reporting a surge in gun and ammunition sales as a result of the Coronavirus pandemic.

Much of the ammunition and guns sold in Canada are sourced from the US. Shortage fears are mounting amongst Canadian hunters, sport shooters and gun enthusiasts driving them into local gun shops and stores to stock up.

While the Canadian government has reassured its citizens that essential supplies such as food and fuel should not be affected by the virus, guns and ammo do not fall into this category. As it stands, Canadian gun retailers routinely wait up to six months to receive new shipments from the US or Europe.

“In no product in our supply chain does it take longer to replenish than in firearms and ammunition,” Wes Winkel, head of the Canadian Sporting Arms and Ammunition Association, told the Candian Press. Winkel explained that the complicated supply chain is the result of regulations and paperwork in the Canadian firearms industry.

Many first-time gun owners are also encountering the oftentimes difficult reality of buying a gun in Canada. A permit is required to purchase a gun and with the government focused squarely on the Coronavirus, new gun safety courses and permits are in limbo. As a result, many who want to enroll in a gun safety course or buy a gun are currently unable to do so — and there’s no indication of when things may return to normal.

The one silver lining in the situation is that recent discussions surrounding banning guns in Canada are now on hold as the government focuses its full effort on the virus.