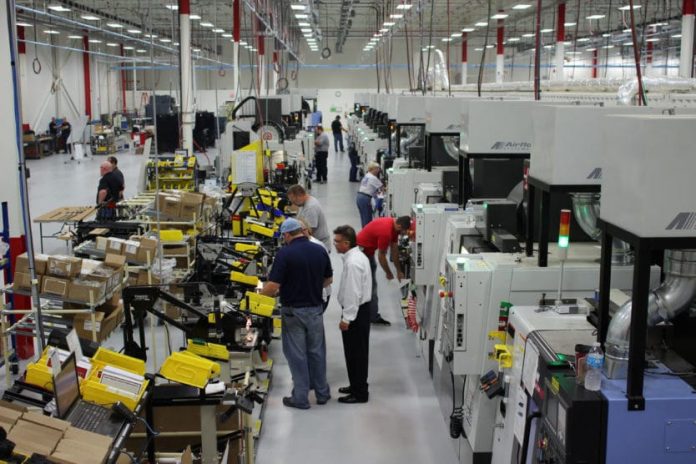 Over 27.5 million background checks were performed in 2016, up 19% from the prior year, more than double levels from a decade ago, and three times the number of checks performed in 1999, the first full year the FBI began tracking these statistics.

To keep up with rising demand, the industry’s manufacturing capacity has expanded along with it. Each year, the Bureau of Alcohol Tobacco Firearms & Explosives lists the total number of guns sold in each category — pistols, revolvers, rifles, and shotguns — along with how many each manufacturer made.

As can be seen, production spiked in 2013 as gunmakers sought to catch up with demand in the wake of calls for more gun control following the Sandy Hook shootings, and then finding a stable, but steadily growing base afterwards. It should be noted that the BATFE-reported data is delayed by one year to protect trade secrets.

But the picture changes when you look at each product category. For example, Smith & Wesson, which just this year changed its corporate name to American Outdoor Brands (NASDAQ:AOBC) to deemphasize its focus on firearms, is the undisputed leader in pistols and revolvers, making a total of 1.26 million handguns in 2015, compared to Ruger, which produced a little more than 1 million.

At these volumes, Smith & Wesson accounted for 28% of all of pistols and 31% of all revolvers, making its offerings some of the most well-known and most widely-owned firearms today. Ruger was second, with 21% and 29%, respectively. Where Ruger was able to surpass Smith & Wesson, however, was in rifle category with over triple the volume.

by Rich Duprey at The Motley Fool