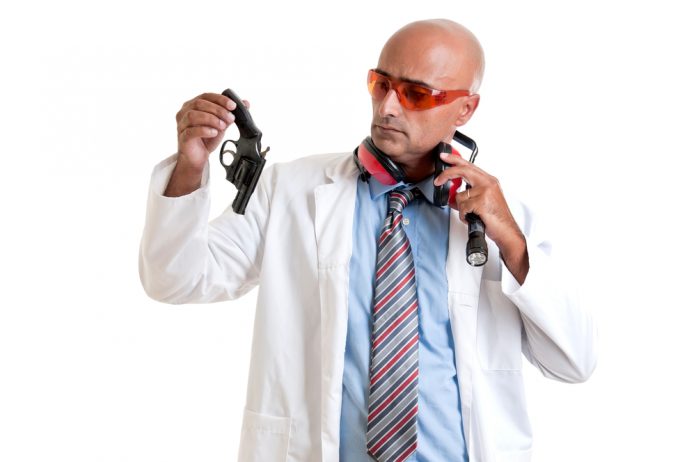 Ed: We are delighted to welcome to DRGO a precociously “woke” medical student, Tyler Watson, who has given his permission for us to post his recent article from The DO.

If we are going to advocate for restricting access to items for health reasons, let’s start with those that cause more deaths and aren’t as legally protected.

Recently, the Student Osteopathic Medical Association announced that it was joining with the Giffords organization to lobby for gun death research funding. The announcement compared gun deaths to “threats like car accidents, smoking, and sudden infant death syndrome,” along with an accusation that policymakers are “prioritizing firearms over patients.”

It is hypocritical to call for research and political intervention on firearms when we have not yet conquered these other issues. In fact, banning cigarettes would, applying the same theory of gun control, save 12 times as many lives.

Extending this same reasoning to alcohol and automobiles, banning these items would save three times as many lives as banning firearms. Although “car control” may not be as popular as gun control, it would arguably save more lives.

With gun control, there’s also the legal factor to consider. The Second Amendment states: “A well regulated Militia, being necessary to the security of a free State, the right of the people to keep and bear Arms, shall not be infringed.”

Further, the Supreme Court has held that “private citizens have the right under the Second Amendment to possess an ordinary type of weapon and use it for lawful, historically established situations such as self-defense in a home, even when there is no relationship to a local militia.”

The government has an obligation to protect Americans’ rights to own and use firearms. No such right or obligation exists for cigarettes, alcohol, or automobiles. If we are going to advocate for restricting access to or banning items in the name of public health, let’s start with items that cause more deaths and that aren’t as legally protected.

The campaign to bring in federal dollars isn’t entirely necessary either. The Giffords Law Center has done research without federal finding. It has established a rating criteria where each state gets a scorecard based on that state’s gun laws — A for tight gun regulations, F for few gun laws, and ranked each of the 50 states by the strength of their gun laws.

However, this rhetoric fails to address a basic premise: access to guns will necessarily increase gun death rates, but murder and overall death rates are more important factors to consider than simply gun death rates.

To look at the data, I compared the Giffords Law Center’s state scorecards and ranks to each state’s gun death rates and then compared Giffords’ state grades to factors that the organization cites in its campaign: suicide, murder, gun ownership (measured by NICS federal gun background checks), and death rates.

The only factor that correlated strongly was suicide (-0.7 Pearson coefficient); murder, gun ownership, and death rates were weakly correlated (ranging 0.15 to -0.22). To investigate further, I compared gun ownership to each of those rates, and found weak correlations to murder (0.07), gun deaths (0.23), suicide (0.14), and death (-0.05). This seems to indicate that states with higher gun ownership rates have little correlation, positive or negative, to any of these undesired effects.

Further searching showed some abnormalities that might be of interest: several states with “F” ratings actually have lower-than-average gun death and murder rates. These states also have a murder rate lower than the national average.

— Tyler Watson, OMS II, attends Oklahoma State University College of Osteopathic Medicine. Mr. Watson’s article reflects his own opinions only, and not necessarily those of The DO or the American Osteopathic Association.