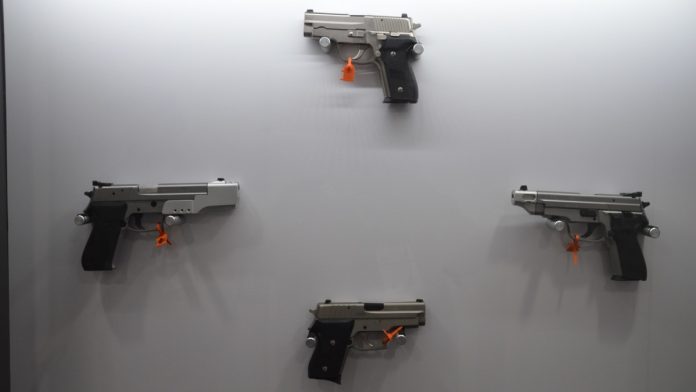 A legal challenge to California’s controversial microstamping law that has effectively outlawed the commercial sale of new semi-auto handgun models in the state is being sent to the nation’s high court.

The microstamping mandate, part of California’s Unsafe Handgun Act, was upheld by a 2-1 panel of the U.S. 9th Circuit Court of Appeals last August in the case of Pena v. Lindley. The lawsuit’s plaintiffs — Ivan Pena, Dona Croston, Roy Vargas, and Brett Thomas — stress they are unable to buy the majority of popular new semi-auto handguns from such companies as Smith & Wesson, Ruger and Glocks as the manufacturers do not make pistols that can pass the state’s 2013 requirement that handguns mark cartridges with a microscopic array of characters, that identify the make, model and serial number of the pistol upon firing.

Backed by the Second Amendment Foundation and Calguns Foundation, Pena and the other plaintiffs are represented by attorneys Donald Kilmer and Alan Gura, who argue that the Supreme Court’s past ruling in the 2008 Heller case is plain when it comes to California’s law.

“In Heller, this Court held that the government cannot ban handguns, as these are Second Amendment ‘arms’ of the kind ‘in common use’ for traditional lawful purposes rather than ‘dangerous and unusual weapons,’” says the 39-page filing. “All of that was tossed aside below. California’s legislature believes handguns are ‘unsafe’ if they do not microstamp. If handguns in the United States today do not eject microstamped casings, that is too bad . . . for consumers.”

While the current roster counts some 699 handguns, the list includes revolvers and derringers — which are exempt from the microstamping requirement — as well as semi-autos. Further, on Jan. 1, no less than 70 legacy pistol models were removed from the list as their five-year approval expired.

Last year, Judge Margaret McKeown brushed aside Pena’s concerns over the shrinking roster that in 2013 contained 883 semi-automatics but by 2017 had contracted to 496, saying “all of the plaintiffs admit that they are able to buy an operable handgun suitable for self-defense — just not the exact gun they want.”

A similar case brought by gun industry groups was rejected by the California Supreme Court last year with justices there saying essentially that the law is the law, regardless of what was or wasn’t possible.

“Impossibility can occasionally excuse noncompliance with a statute,” Justice Goodwin Liu said for the majority. “But impossibility does not authorize a court to go beyond interpreting a statute and simply invalidate it.”

Larry Keane, general counsel for the National Shooting Sports Foundation, one of the groups in the California Supreme Court challenge, told Guns.com that the state is experiencing a “slow motion handgun ban as fewer and fewer models are allowed to be sold in the state. California is to handguns what Cuba is to cars; only old models are available.”