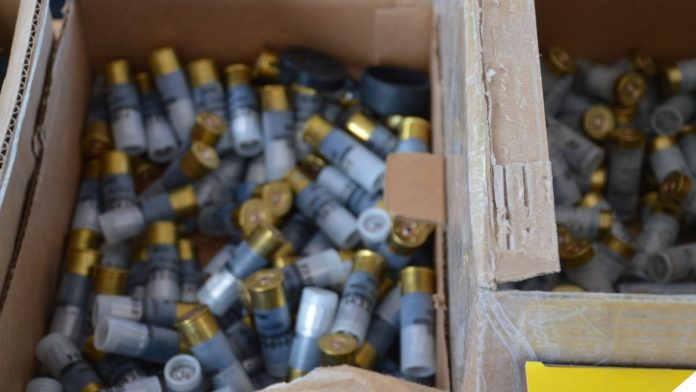 A state lawmaker is urging California’s governor to close the state’s gun and ammo shops to the general public. (Photo: Chris Eger/Guns.com)

A Democratic California Assemblymember is reportedly urging Gov. Gavin Newsom to order a halt to the sale of guns and ammunition in the state.

The lawmaker, Asm. Miguel Santiago, D-East Los Angeles, this week penned a letter to Newsom asking the fellow Decmorat to freeze the sale of firearms and ammo statewide. There is no suggested end-date for the move.

“Thank you for the work that you and your administration have been doing to face down the COVID-19 pandemic,” said Santiago. “I am writing today to urge you to enact a statewide suspension of firearm and ammunition sales, with an exception for law enforcement and authorized peace officers.”

Santiago argued in his plea to Newsom that the recent surge in the purchase of guns and ammo is panic-buying much akin to the rush on household items, cleaning supplies, and personal protective gear, but contends, “While personal safety is extremely important during these challenges times, so is public safety.”

Among the reasons stated for such a freeze on the sale of items associated with the right to keep and bear arms is that “An increased population of firearms in our state not only poses a greater risk to children and families who are largely confined to their homes, but also to our communities facing racially motivated or otherwise targeted hate.”

While the Governor’s office has not listed gun stores and firearms industry members as “essential,” the federal government in late March issued non-binding guidance that such businesses are critical to the infrastructure of the nation during the crisis. While local county and city governments in the state have chosen to shutter gun shops in their jurisdictions, some, such as Los Angeles County, have waffled on the decision to do so and backtracked after lawsuits from pro-gun groups.

Layers of Sacramento red tape over the past three decades have made it illegal in most cases to trade, sell, or loan guns or ammo in private transactions outside of licensed dealers, a factor that has centralized the flow of Second Amendment-protected arms to gun shop storefronts in the Golden State. Now, Gov. Newsom, who in 2018 led a statewide “bullet control” referendum to become law, could have his finger on the switch to shut down the firearm industry in California under the guise of a COVID-19 emergency measure.

The letter from Santiago has been widely panned by state, regional and national Second Amendment advocates including the Firearms Policy Coalition and the National Rifle Association.

“How Newsom reacts to the request to halt sales is anyone’s guess, but it certainly won’t be in favor of protecting freedom for law-abiding Californians,” said the NRA is a statement. ” We’ve witnessed Newsom’s willingness to gut fundamental rights and liberties far too often to believe he won’t agree to such draconian measures in the name of ‘public safety.’”