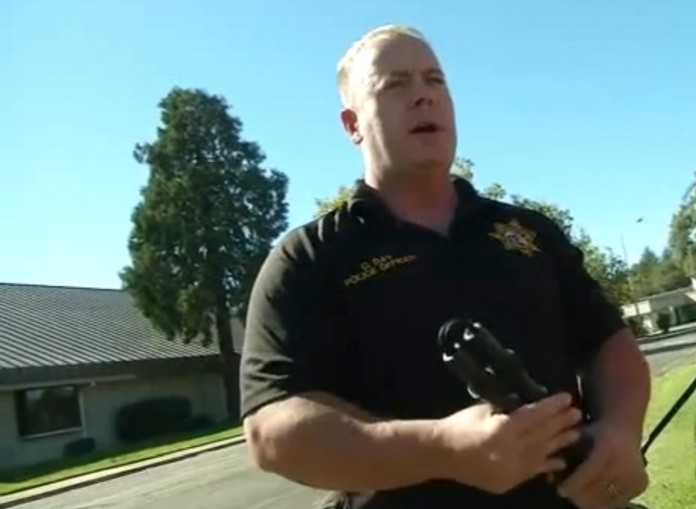 Twenty officers with the Anderson Police Department in Northern California will soon have what some may see as an unusual, yet effective, tool added to their duty belts: Nunchakus, otherwise known as nunchucks.

“It gives us the ability to control a suspect instead of striking them,” said Sgt. Casey Day, who has been certified to use and already carries nunchucks.

Although nunchucks can certainly be used as a weapon, Day explained – and demonstrated with a local reporter – how the weapon can be used as a tool to subdue a suspect in a more peaceful way, with less force and without striking the individual.

“I see the value and the safety they bring to me,” Day added, noting that the nunchucks put more distance between the officer and the suspect compared with typical tools, like batons.

Currently, with the exception of certified law enforcement officers, nunchucks are illegal in the state of California.

Day has now completely replaced his baton with nunchucks and the department’s other officers have the option to do the same, if they so choose, provided they pass the mandatory 16-hour training class.