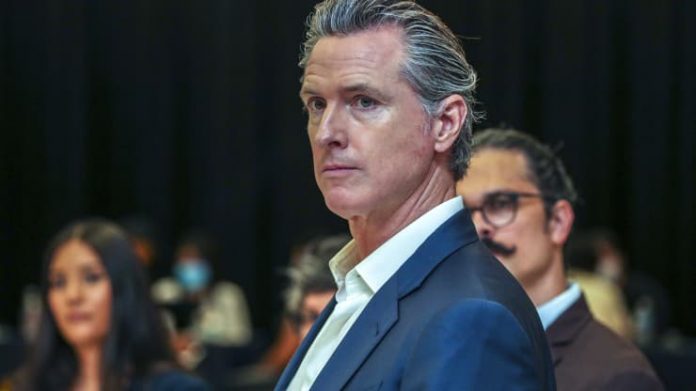 So as to avoid any misquoting, misunderstanding, or general missing of
anything, we will provide you with the text
of the bill as written, before proceeding.

“This bill, beginning on July
1, 2023, would establish a firearm industry standard of conduct, which would
require a firearm industry member, as defined, to establish, implement, and
enforce reasonable controls, as defined, take reasonable precautions to ensure
that the member does not sell, distribute, or provide a firearm-related product,
as defined, to a downstream distributor or retailer of firearm-related products
who fails to establish, implement, and enforce reasonable controls, and adhere
to specified laws pertaining to unfair methods of competition, unfair or
deceptive acts or practices, and false advertising. The bill would also
prohibit a firearm industry member from manufacturing, marketing, importing,
offering for wholesale sale, or offering for retail sale a firearm-related
product that is abnormally dangerous and likely to create an unreasonable risk
of harm to public health and safety in California, as specified.

The promised functional definitions
do not arise later in the bill, despite promises to the contrary. The closest
we get is “reasonable controls” which is defined as a gun
manufacturer taking “reasonable procedures, acts, or practices…”
that will somehow stop straw purchases, prevent user loss or theft, and to
abide by a “Firearm Industry Code of Conduct”, which sets out an
equally poorly defined standard of behaviors that involve nebulous terms like
“assaultive purposes”, “abnormally dangerous”. Surrounding
this half-baked dictionary writ law, is a theme of generally establishing that
a gunmaker who either produces products that are legal under the law, but
effectively reduce the impact of their failed AWB. Also, anyone whose products
are at any point involved in criminal activity after their legal wholesale or
retail sale, is liable, and can be sued by functionally anyone who can claim to
have been affected by gun violence, and every attorney employed by the state or
local government. In addition, marketing by gunmakers is now subject to
somewhat less vague, but equally punitive restrictions.

We recommend you read the text yourself. Most news articles hit on one or two
major points, but I have yet to see any of them publish the truly buried lede,
which is the final sentence of the bill. Perhaps Newsom and his comrades are
more intelligent and aware than their vaguely worded legislative windmilling
would suggest, because tucked in at the very end like a favorite stuffed animal
is the following gem.

“If any provision of this act, or part of this act, any
clause within this act, any combination of words within this act, or the
application of any provision or part or clause or combination of words of this
act to any person or circumstance, is for any reason held to be invalid or
unconstitutional, the remaining provisions, clauses, words, or applications of
provisions, clauses, or words shall not be affected, but shall remain in full
force and effect, and to this end the provisions of this measure are severable.”

It’s almost like they know this was dead in the water before
they wrote it, given Heller, McDonald, and Bruen. They have seemingly tried to
obey the letter of those rulings while pissing on their spirit, and I expect
everyone with an inch of skin in the California RTKBA movement is currently
smelling the blood in the water and starving their lawyers to make them meaner
for the upcoming fight.

Gov. Newsom reportedly said, when asked about the obvious
potential for legal challenges “Bring
it on, they’d be crushed.”. Well, be careful what you wish for, Governor. The
wave of lawsuits coming to CA on the heels of this legislation may not be the
one you were anticipating.