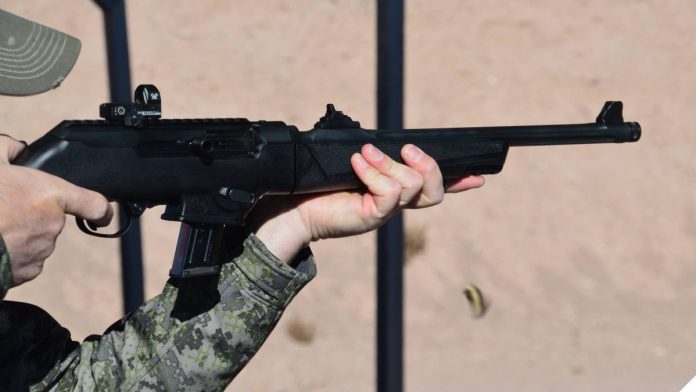 The California Assembly on Monday advanced a bill to add school faculty, employers and co-workers to the list of people who can ask a judge to take away someone’s guns.

The measure, AB 61, passed the Assembly in a Democrat-heavy 54-16 vote and now heads to the state Senate. It would greatly expand who can file for a Gun Violence Restraining Order in the state under California’s so-called “red flag law.”

Adopted in 2014, the current law allows the seizure of firearms– for up to 21 days– from an otherwise legal gun owner who is believed to pose a “significant danger.” This initial order could be extended for as long as a year if the situation warrants while filing a false petition is a misdemeanor offense. As it stands, just law enforcement and immediate family can seek such an order. AB 61 would expand this to include school employees such as guidance counselors and teachers as well as the employers and co-workers of a subject.

Second Amendment groups such as the Firearms Policy Coalition and Gun Owners of California, who have long felt the orders were a dangerous pathway to gun confiscation without delivering any promise of treatment for someone in legitimate crisis, are opposed to the expansion.

According to the state Department of Justice, GVROs have been issued 614 times from 2016 to the end of 2018.