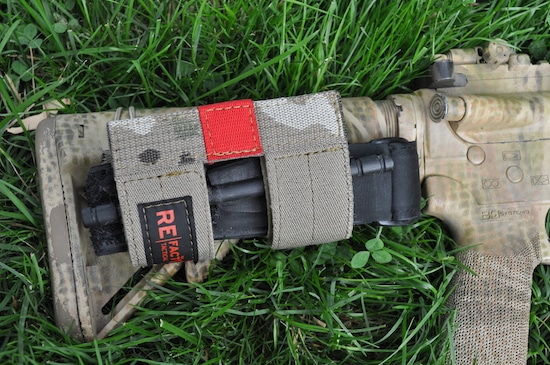 Carrying a tourniquet is wrong. It’s almost pointless. What kind of person carries a tourniquet? Seriously though, who? Someone who doesn’t understand bad shit can happen to good guys, no matter how much you train or prepare.

You shouldn’t carry a tourniquet. You should carry several tourniquets. As in plural. It’s not a “two is one, one is none” type thing, it’s a “you might get cut, shot or wounded in numerous places” type thing. Reality is, the same IED, booby trap, mine, mortar, RPG, or methhead with a Hi-Point that put one hole in you, might put a few holes in you. More is better, especially when it comes to TQs.

RE Factor Tactical is a company that understands this, partially due to the experience of their Army SF and combat veteran employees. When shit goes sideways, you want your tourniquets accessible ASAP. The problem is, there are limited ways to effectively carry tourniquets (much less a way to carry all the different types that are commonly issued). So the company set out to create a solution, in the form of a universal carrier that can securely haul this critical piece of life saving gear, regardless of the make. 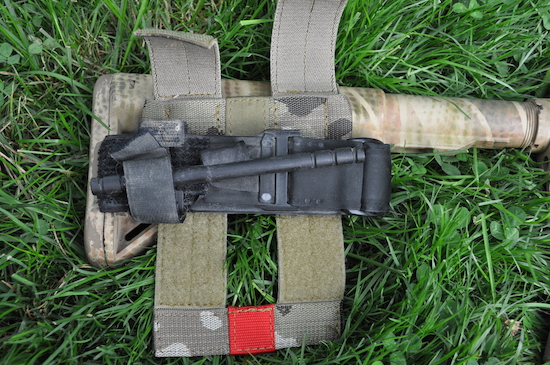 The Buttstock Tourniquet Holder is constructed from long lasting 1000D Cordura nylon, the same stuff a lot of packs and armor carriers are constructed from. This simple carrier secures to the weapon via two shock cord bands, which are easily adjusted for different weapons. These same bands allow for alternative modes of carry, such as on vehicle roll cages, rucksack straps and other gear. The nylon carrier is backed with non-slip material, to ensure it stays where you place it on your buttstock. It’s uniquely designed to give the user rapid access to their tourniquet, via a pull tab marked in red. A quick, one handed pull on the tab releases the TQ for fast access. 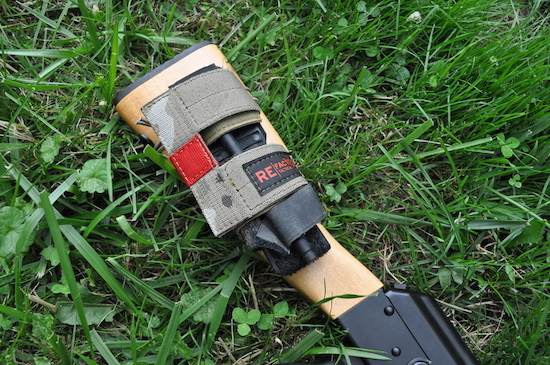 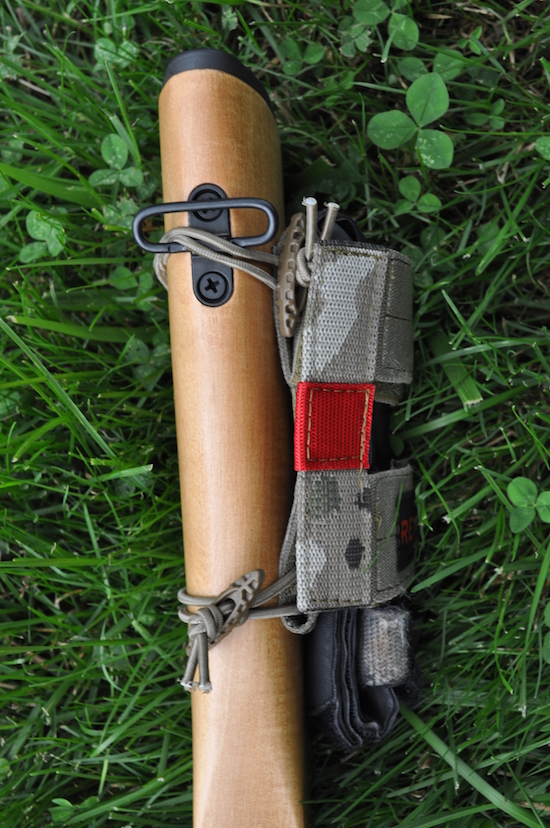 Having used other TQ carriers in the past, the RE Factor model is probable one of the best, most idiot proof examples that we have seen. Gone are the days or fragile rubber bands, or over-securing the TQ with riggers tape. We experimented with the TQ holder on a variety of stocks, and found that it fits all equally well. Mounting the carrier only takes a few seconds, and is removable just as fast. Fixed or collapsible stocks, M4 or AK, it will attach to all. 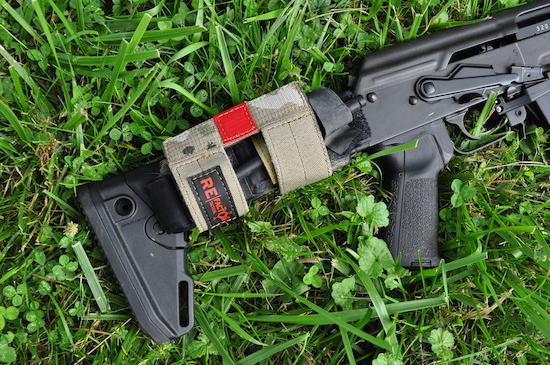 The added benefit is now you can carry a TQ on your issue carbine, patrol rifle, home defense gun or hunting rifle. The holder will not interfere with charging your weapon if properly placed, another important point. The downside? We can see the shock cord wearing out over time, but that should be cheap and easy for just about anyone to replace on their own. 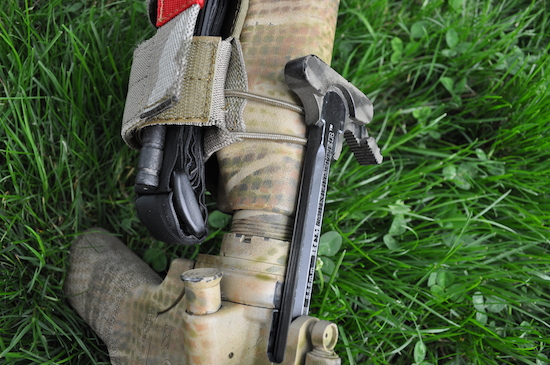 The small red square where you lift the velcro to free the TQ is almost unnoticeable, but we wish RE Factor would place their giant manufacturer’s tag somewhere else on the pouch. Worst comes to worst, you can always cut it off. The Buttstock Tourniquet Holder is made in America, and is available here.