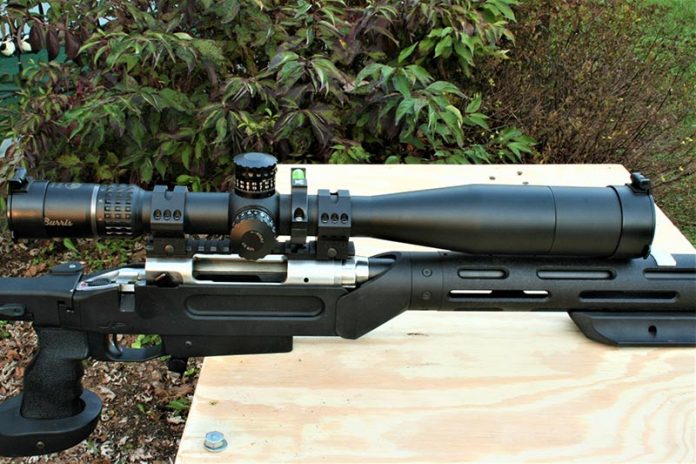 CHECK OUT THE BURRIS XTR II 8-40×50 ON GUNS.COM
A few years ago, while working on my first full custom rifle, I was on the hunt for a scope to pair with the build. I had a few requirements, among them the scope needed to bring clear glass, elevation adjustments, solid click, zero stop and high-power range all under the first focal plane banner. The Burris XTR II 8-40×50 F-Class looked to check every box, so I grabbed one to find out if the XTR II could live up to its specs.

A Brief History of Burris

In 1971 Don Burris, previously a design engineer for Redfield optics, set out with big ideas for a new company and a new way to manufacture optics. Boasting many firsts in the optics field (including the first to utilize 4-12 and 6-18 variable power scopes, multi-coated lenses and Posi-Lock system), Burris made a scope that would put the Colorado-based company on the map — the Fullfield Scope.

After a few years and a few iterations, the popular Fullfield would undergo a redesign emerging as the XTR in 2008. The new XTR delivered a robust 30mm tube with MRAD or MOA options and shipped in either black or olive drab. Still not content, the company upgraded the XTR eight years later revealing the all-new XTR II line of optics. That brings us to the XTR II 8-40x50mm scope. Designed for the competitor in mind, Burris went out of its way to design a state-of-the-art optic. Using Burris’ XT-80 click adjustment knob, the 34mm scope provides 80 clicks per rotation or 1/8-MOA gradation per click for a total of 10-MOA per full rotation. The glass is superb through the power range, while clicks are solid and precise. The glass-etched ballistic reticule matches the turrets in measurement making missed shots easier to dial in. The XTR II’s windage knob is also clearly marked left and right, which can easily be seen behind the rifle.

The nitrogen-filled body tubes eliminate internal fogging in the rain and cold weather while the Hi-Lume multicoating brings low-light performance with glare elimination. The one-piece design is both waterproof and also durable capable of tackling high volume and high caliber shooting.

Though the XTR II is a sturdy design, it doesn’t come without some faults. Though the XTR II boasts 11 brightness settings, in truth the lighted reticle doesn’t work in all light conditions. Adopting a small orange dot within a crosshair, the reticle is difficult to see in low light even on its highest setting. Additionally, the eye box is a little tight, resulting in the shooter lining up perfectly to see the full field of view clearly. The Burris XTR II 8-40×50 is a solid scope at an affordable price. (Photo: Jeromy Knepp/Guns.com) 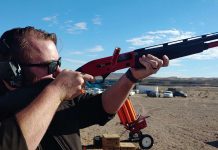