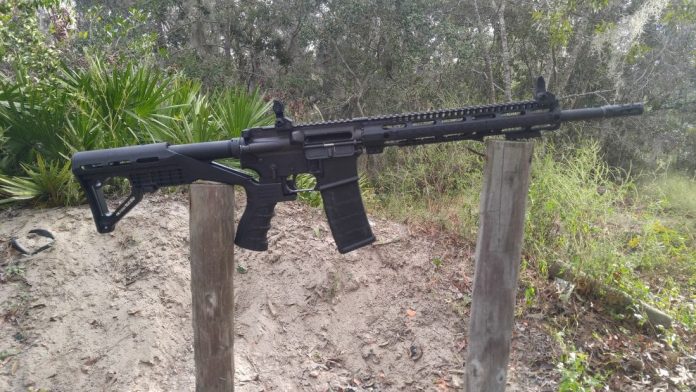 Travis brings us a look at the most controversial technology in the firearms debate today. My personal feelings on the devices closely mirror his observations here.

There has been a lot of back and forth about bump fire devices in the last few days. We know of their involvement in the Vegas shooting, and as far as I’m aware this is the first crime committed with one present. Almost overnight bump fire devices have quickly become the target of anti gunners, and even had the NRA pushing the ATF to take a second look at them. Of course the talking heads on TV haven’t stopped discussing them. Per usual the news has greatly misrepresented what a Slide Fire stock is, and how it actually functions. CNN Probably has the winning animation in that category.

Today my goal is to clear up some misconceptions about Slidefire stocks, and bump fire in general. If you’re familiar with bump fire I’m not teaching you anything today. This article is for those who are unfamiliar with guns and want to better understand what a bump fire stock does. 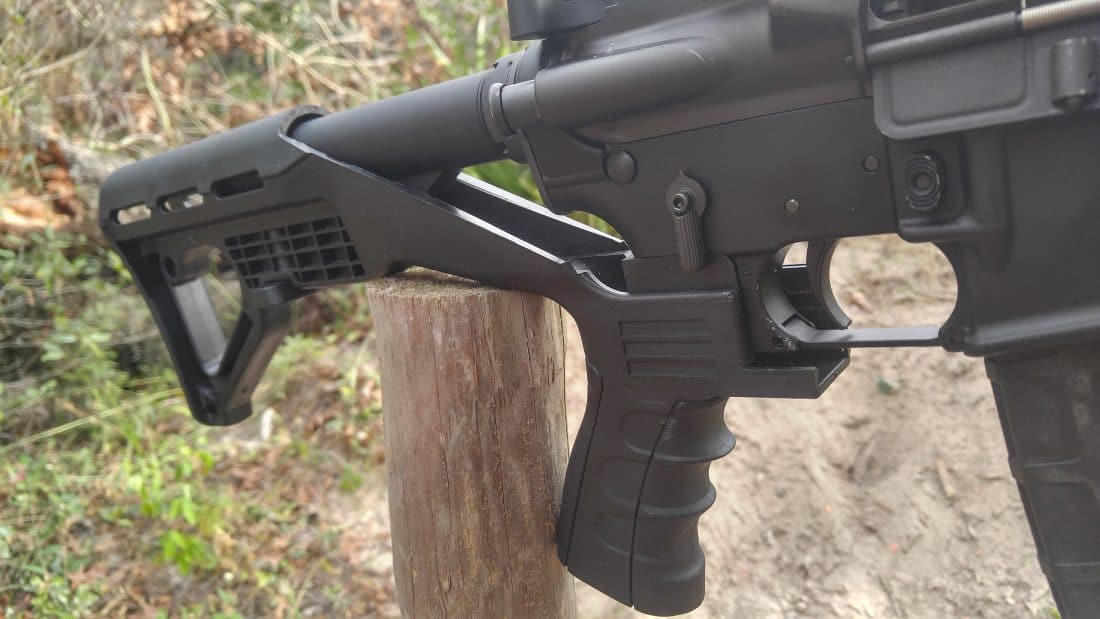 I served five years as an 0331 Machine Gunner in the Marine Corps, I know what full auto is. My job was literally the application of full auto fire. The best a Slide Fire bump stock can do is kind of mimic full auto fire by helping you pull the trigger over and over again faster.

No device can make a semi auto weapon fire faster than you can pull the trigger. These devices simply facilitate a faster pulling of the trigger. You could, with practice, fire a weapon pretty fast. Be it an AR 15 or a revolver. Pro Shooter and Gun Grandpa Jerry Miculek is an excellent example of this.

You Do Not Need A “Stock” To Bumpfire

I first bump fired a gun by just holding it down at my waist, holding it loosely, and putting my thumb in my belt loop. Wrapping a rubber band around the trigger and taking almost all the tension from a trigger accomplishes the same effect also. Both methods allow you to bump fire a gun without adding a stock.

Prior to writing this I’d only tried a bump fire style stock once and decided it was fun, but too gimmicky and expensive to justify the cost. At the time I figured a bump fire stock was the living embodiment of a regretful impluse purchase. They look dumb, they are expensive, and as an actual stock they suck compared to something from Bravo Company or Magpul. It’s about as practical as the iPhone scope, the very definition of a gimmick for entertainment.

In terms of actually firing them they are a bit of a joke. Normally full auto rifles are controlled in short bursts, most rifles even capable of full auto fire are never used as such because of the ammunition waste. With that in mind a rifle equipped with a bump fire stock is literally jerking and sliding back and forth, by design, in the stock. This makes it almost impossible to control and effectively aim.

Additionally the system only works about half the time. It’s tricky to master and you can easily induce a stoppage by doing something wrong.

I borrowed one from a friend of a friend for this article and the issues I’ve had include:

What are they for?

Bump stocks exist because people shoot for fun. That’s all these things are for, is to turn money into noise. I’m a fan of turning money into noise, but the bump fire is one of those things that’s more frustrating than fun in my opinion. I have more fun with a Gat crank on my 10/22 than any bump fire stock. As far as I know there are several models out there, and I haven’t tested them all. My experience with them all boils down to them being dumb.

Does that mean they need to be banned?

I don’t think so.

The people pushing to ban them are the same ignorant anti gunners that try to ban the ‘shoulder thing that goes up’ once a year. Right now with the demand so high the prices are ridiculous, and if you are thinking of buying one due to the fact they may be banned I wouldn’t recommend it. They aren’t worth it, and you could certainly regret it down the road.

With that being said, banning them sets a dangerous precedent. Email your legislators, email the NRA, and make your voice heard. If you’re a media member and have questions about the bump fire stocks feel free to ask.

Did the Bumpfire stock contribute to the deaths in Vegas?

I can’t say for certain but I doubt it.

Aimed deliberate fire would have likely been a more effective causality inducer than bumpfire, the inconsistency and inaccuracy of the bumpfire in all likelihood reduced deaths with more rounds fired that didn’t cause injury than did.