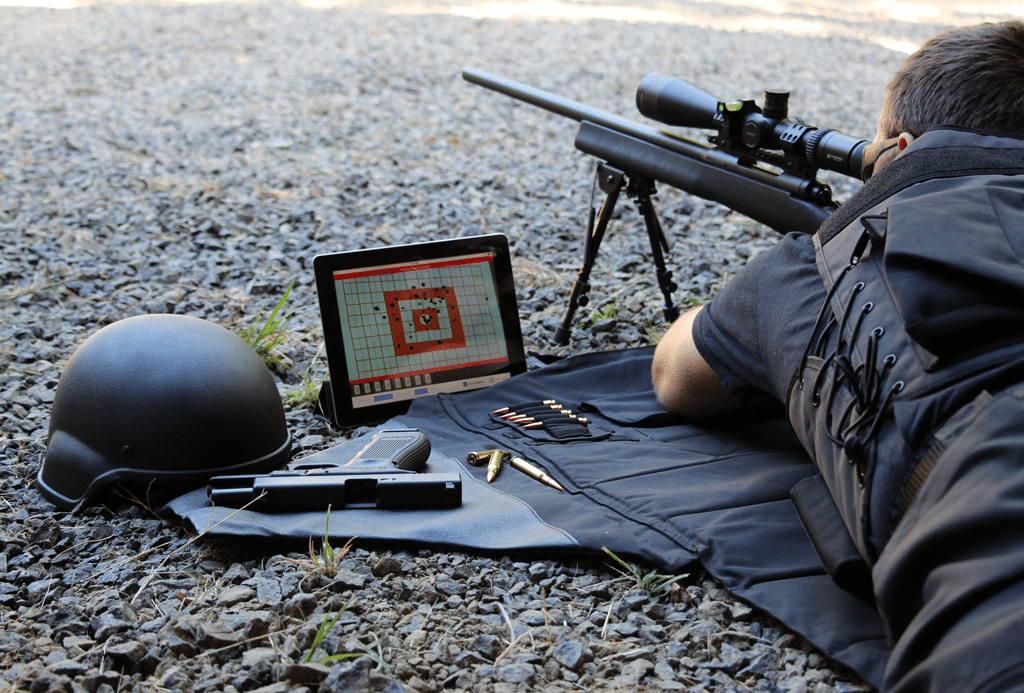 So you finally got that hot new gun you been eyeing for weeks, months or years over on Bud’s Gun shop or at your local store. You even picked out the perfect glass to put on top of it, and it’s time to sight it in.

While I feel this scenario doesn’t happen enough, my wife thinks it happens too much around here. Either way, when it comes to sighting in my riffles, it’s a bittersweet experience.

I have the luxury to belong to more than one private range, but all of the ranges I belong to make sighting in your rifle a bit of a chore. Walking down range after each shot is often not feasible with other shooters around.

Trying to mark shots with binoculars works as an option but I prefer marking each shot and looking at the target up close before making adjustments. If your lucky enough to get a range that lets you shoot, 600 yards+ then chances are even with the option to go downrange with each shot , your not going to want to walk that much.

Am I proving here I am not tier 1 heavy-duty operator? Yeah, I am. Frankly I don’t care. I shoot because I enjoy it, and it may keep my family safe someday. I love to take training classes and develop hardcore skills, but any tool that is going to make my life easier or allow me to maximize the time I have on the range is appreciated.

This is where Bullseye Camera Systems made my range time more enjoyable and productive.

Bullseye Camera Systems makes a fully enclosed kit that allows you to view a target at 1k yards (or more with the extender) on a windows laptop, tablet or smartphone running an Android or iOS. 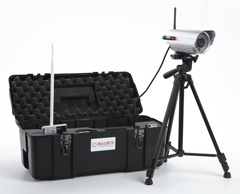 Setting up the system is super easy, and that is in a big part based around the ingenuity of its creator. I called Nick, the inventor of the product and CEO of the company to speak to him directly about the system.

The idea behind how it was designed was that it would take less than 2 minutes to set up and be completely self-contained.

Open Tripod and put camera on it.

Raise antenna and power on.

Back at the bench connect your device to the Wifi signal of the Camera and start shooting. 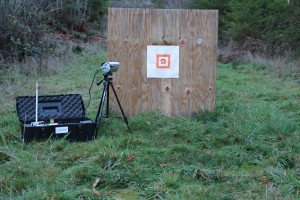 At first glance, it’s easy to scoff at this product and think, “What do I need this for I have binoculars”. The truth is yeah you can use binoculars but much like some people prefer a semi auto pistol to a revolver, new technology offers shooters advancements if they are willing to upgrade.

One such advantage and advancement this tool offers is the Bullseye Target Manager Software. This software included on the USB stick in each package is a Windows-based program that allows you to record, store and retrieve tons of information. Locations, firearms, ammunition, and target distances allow you to keep track of your performance and create a library of information to use in adjusting your optics.

When developing hand loads or testing various factory ammunition you can tag each shot or group with a different color to determine your best setup. All without leaving the shooting bench.

We are huge fans of is the immediate last shot recognition. The software quickly recognizes new shots and flashes that shot on screen. This makes tracking and finding your last shot a breeze at long distances. No more having to play battleship and guessing at which hole was your last shot.

What is even more incredible is that this software can detect when you hit the same hole. If there is any expansion on an existing hole (clear through won’t is detected), it will flash, so there is no more guessing on Robin Hood shots.

If you have kids and take them shooting, you already know after every shot they want to know exactly how well they did. My son can’t wait to get up to the target and see how he did first hand.

Using the BCS he can combine his love of technology and using his iPhone he can easily see for himself how he is doing on each shot and quickly make corrections to hit the Bullseye. With kids spending more time on the iPhone, requiring instant gratification, tools like the BCS are perfect ways to get them outdoors and hands-on with nature.

There are three different versions of the software that can be used with the BCS.

The laptop version is Windows only right now, though BCS has stated on their website as well as to me personally that a Mac version is coming. As a Mac user who does not have a PC, this is something I am looking forward to. The other 2 versions are the iOS and Android versions.

So far I have tested the system using a Windows 7 laptop that was borrowed from a friend of mine, as well as the iOS version using both an iPad and an iPhone. The Windows version has way more functions and features with a larger focus on logging and data tracking than the mobile versions. In addition to the logging, there is the ability to mark individual shots or groups in a color-coded manner.

The iOS version offering is a down and dirty see your shots, live stream or step back in time. It is very limited in what it can do with the promise of more to come in the future. Even in it’s limited state it gets the job done and is easy to use at busy ranges.

You can see how to configure the software and what it looks like here:

Sometimes when I go to the range I feel more like I’m packing for the zombie apocalypse or a month long trip to Africa (minus the Ebola suits). With so many products to review, articles to write and techniques to evaluate, each range trip starts with an itinerary and results in lots of gear and camera.

The hard case that the BCS is packed into is lightweight and easy to transport, which is a huge plus. It does however take up some trunk real estate. If you’re doing a long day of shooting with multiple rifles, calibers and gear you’re going to notice the space loss. If you’re a one or two gun person, shooting only a few calibers, it’s easy to pack and not a big deal.

I find myself wishing I had a windows laptop so I could track my performance and use the advanced software features that are missing from the mobile versions. This has serious applications in tracking your progress as a shooter as well as how your gun handles various loads.

The only thing I have found missing is something that is likely not an issue for most users. Since we need to have a camera on our targets, like seen in our AR500 Armor video, it would be awesome if we could shoot video using this camera. This also is something that is in the works from what I am hearing.

The system is not cheap at $549 for the 1K yard version but it’s not outside of many people’s price brackets. For what you get it is worth the investment. It adds to your overall shooting experience. When you compare this to high-end spotting scopes or optics, you will find it is very affordable.

One thing I would really like to see happen is for ranges to integrate this technology as a part of their offerings to the public. While I see the advantage of owning a system for myself having the ability to head to a range and have this already set up and working would be a huge advantage to me as a shooter as I move into more and more long range shooting. 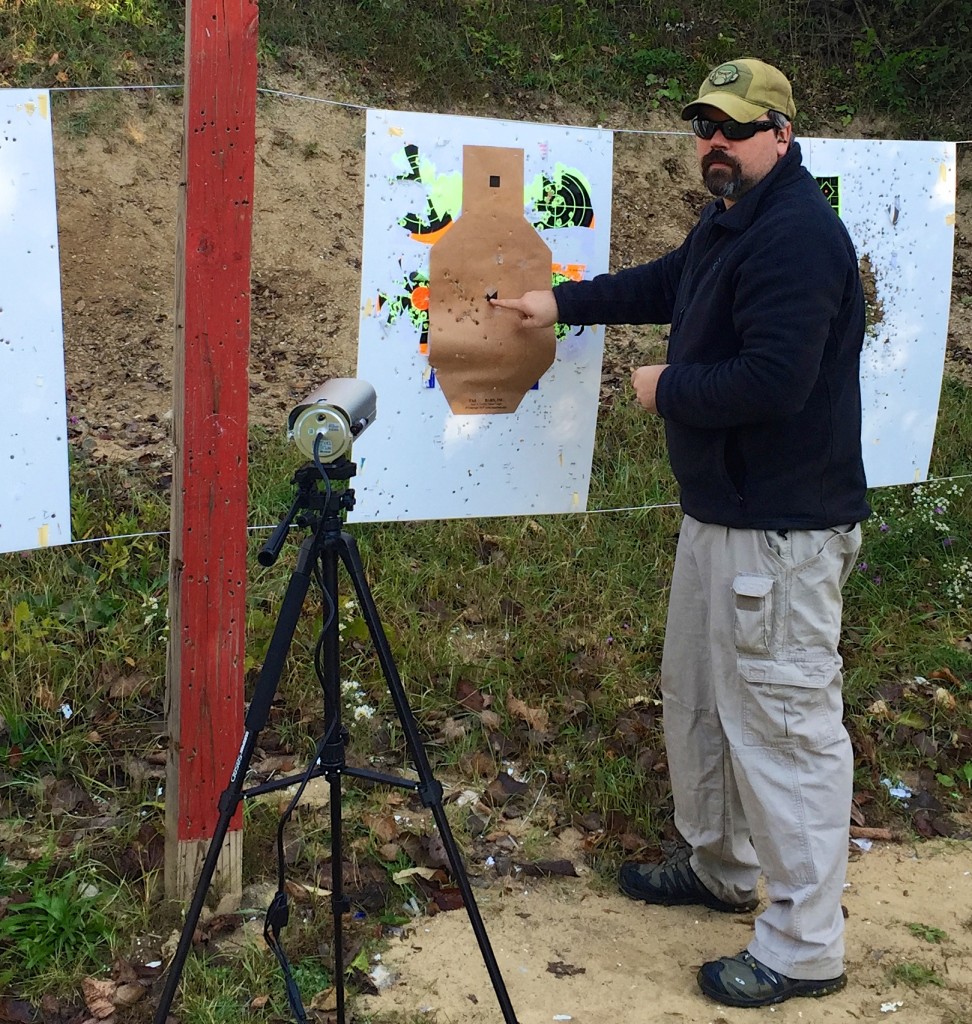