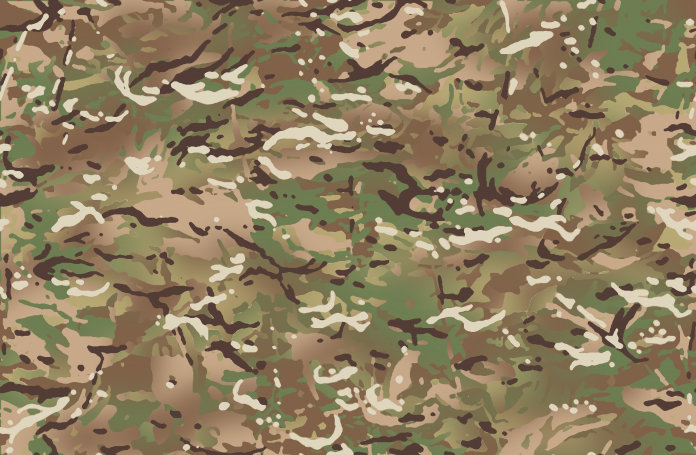 Okay guys, I buy a lot of military surplus. A lot of the gear out there is junk. Ripped up, beat up, old smelly garbage. Every now and then we come across something that is a diamond in the rough. Today, that shiny gem is the British Multi-Terrain Pattern (MTP) camouflage.

Essentially, MTP is a poor man’s Multicam (Mom: “We have Multicam at home!”). It looks a little different. It costs significantly less. But most importantly, it works really well.

One of my biggest driving factors when I buy any camouflage gear is the effectiveness of the pattern. You can give me the most durable, comfortable, and cost effective gear but if you can’t use it to hide, frankly it is useless for its intended purpose.

The British MTP pattern has been proving it’s effectiveness in warzones with the UK since 2010. Since then, a host of other nations have also picked up the pattern. Instead of reinventing the wheel in terms of testing, I’ll leave you with a youtube review by Brent0331, a Marine Corp veteran who reviews some of the most popular (and unpopular) camo patterns and gear around the globe.

Gear in this pattern is cheap. I recently purchased a British MTP combat shirt and basic pants for around $50 combined. There are backpacks, rucksacks, magazine pouches, and vests all in this pattern and all for very reasonable prices. Ebay is a good source but watch out for those high shipping prices. There are also U.S. based sources such as Coleman’s and Sportsman’s Guide.

I really like the cost of the MTP wet weather gear. I recently purchased a rain jacket and pants in MTP for around $70 combined cost. If you were to purchase this in another pattern, let’s say Multicam or the U.S. Army’s OCP, you would be spending several hundred dollars for equal quality.

Frankly, this is high quality equipment. There isn’t much else to say about it. Many troops across the globe use it and trust their lives to it. I am guilty of buying some crappy low tier military surplus equipment; you can buy British surplus with confidence. It will last.

I am currently testing a set of British MTP pants and combat shirt. In the short term, these are comfortable, light weight, and match up really well with the Multicam gear I already own. As I use this gear more in the field, I may do a full review, but in the meantime many others have tested the durability on Youtube.

To put it simply, I would highly recommend the British MTP pattern for anybody looking for high quality gear that will blend in to a wide range of environments. The equipment is high quality for military surplus, cost effective, and available in most of the developed world. Best of all, you can mix and match with Multicam or OCP gear without looking like a weirdo.