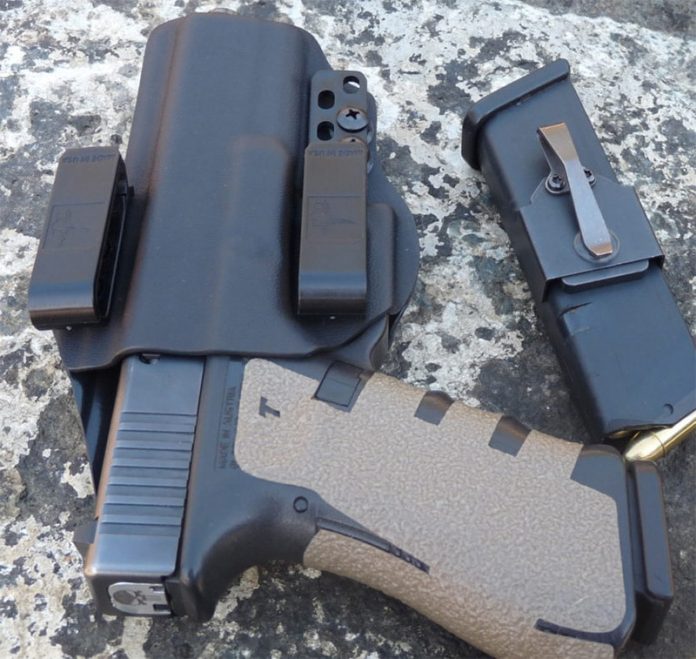 Texas-based Bravo Concealment has been hand crafting kydex holsters and magazine pouches for military, government and civilian use for a while now.  When my editor let me know he was shipping one over to me, I went through my long history of holster purchases and realized I’d never tried out one of their products before.

The DOS (drop out 0f sight) holster I received is designed for dedicated IWB (inside waist band) carry, whether appendix or elsewhere along the belt line.  Available options include three colors, 1.5-1.75″ belt clips and allowance for threaded barrels or RMR sights.

This is described as a “deep concealment” holster and represents my introduction to appendix carry.  I usually carry a Remington R1 or Glock 17, neither of which are ideal for concealing.  Carrying the G17 within the DOS in the strong side appendix position is both more comfortable and easier to pull of than I assumed it would have been.  Below are a couple of shots showing the effectiveness of the DOS even with a full-sized Glock. 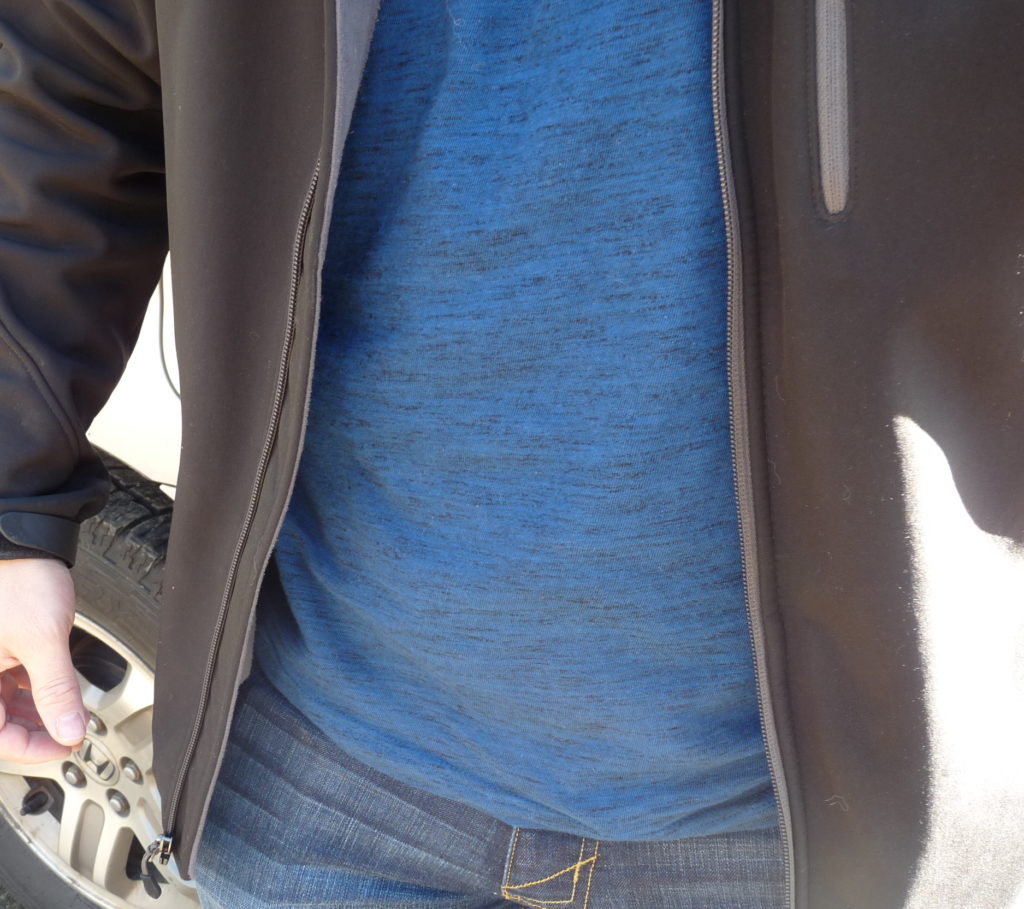 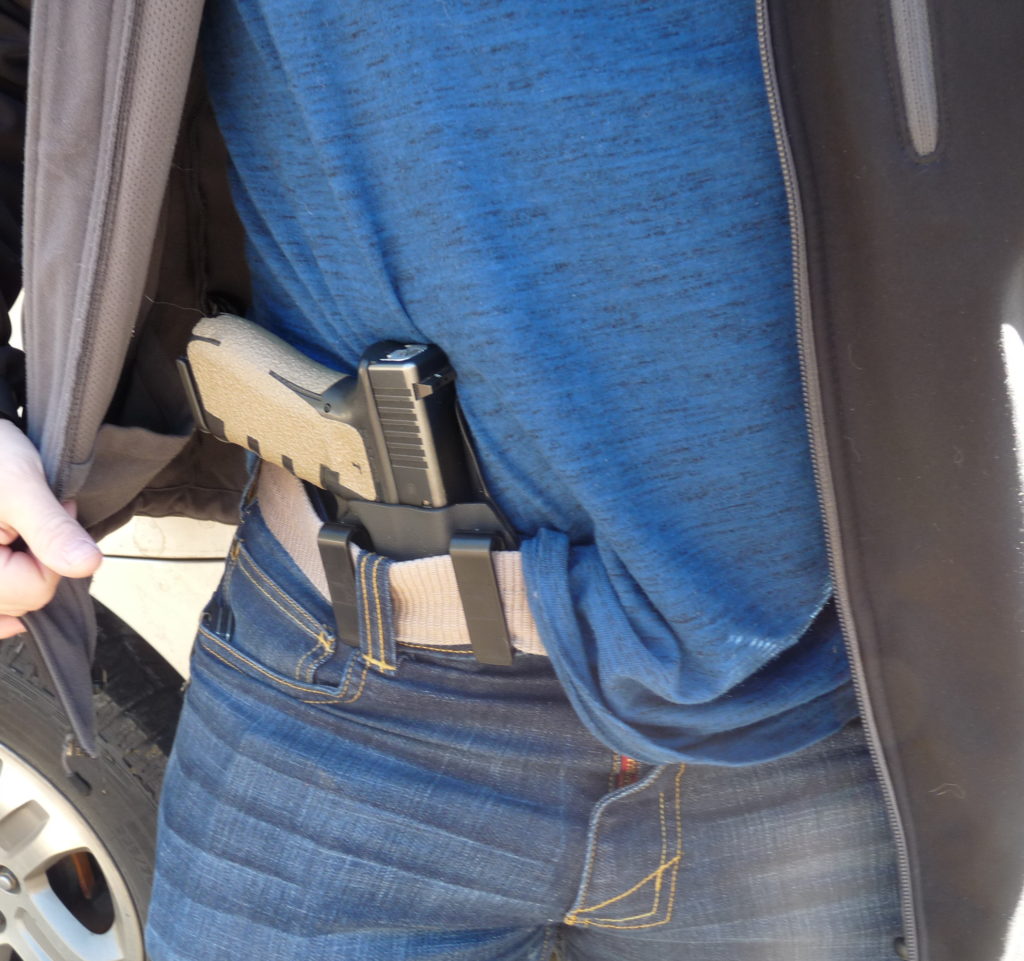 The bulge of my phone and wallet is more noticeable than the concealed leadslinger.  My shooter fits snug in the DOS, but not excessively tight.  The threaded barrel from Silencerco fits through the opening up front, despite this not being specifically cut for this option.  The belt/waistband clips are really effective and also really easy to release when it’s time.

I found draws from the appendix carry position to be pretty intuitive and fast.  I’m used to a 3 o’clock carry, but the comfort curve in adjusting to the up-front draw an appendix carry utilizes was surprisingly brief.  I’m still pretty impressed with the speed I was able to pull off a live fire draw and shoot from full concealment after only a couple dry fire drills prior.

Despite being a pretty full featured IWB holster, Bravo Concealment’s DOS holster only runs for $53.99.  If you’re dissatisfied with your current holster or are looking to switch over to IWB carry, definitely give the DOS a long look.