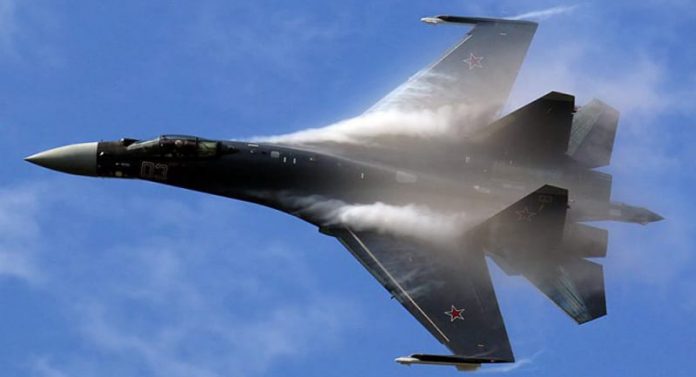 The F-16 Fighting Falcon has been a workhorse in the Pentagon’s arsenal, but Russia’s cutting-edge new aircraft, including the Sukhoi Su-35 and the Sukhoi PAK FA, have rendered the all-weather supersonic multirole aircraft, which has been in service since 1978, as “obsolete,” defense and national security writer Kyle Mizokami asserted.

The F-16 is “seriously outmatched by a new generation of Russian and Chinese fighters,” he wrote for the National Interest.

“The Su-35 may not be stealthy, but it can detect and engage the F-16 before the F-16 can detect it, and this puts the American plane at a big disadvantage. In a one-on-one fight, the F-16 will probably not even be able to get the Su-35 into dogfighting range, where the smaller fighter’s legendary maneuverability would come into play,” Mizokami explained.

The gap between the F-16 and the Sukhoi PAK FA, also known as the T-50, is even more glaring. The cutting edge aircraft is the first operational aircraft in Russian service to use stealth technology. The PAK FA is currently undergoing testing and is expected to enter service with the Russian Air Force and the Russian Navy in 2018.

PAK FA’s “stealthy design will ultimately mean F-16s won’t even detect their adversaries before they realize they are being targeted by beyond-visual-range guided missiles, launched by aircraft only visible on radar for the brief moment their internal weapons bay doors are open,” the analyst noted.

The F-16 could be upgraded to become more competitive, but the lack of stealth is the plane’s ultimate weakness when compared to other advanced aircraft.

“Thanks to PAK-FA and the J-20, [the F-16] days as a day-one frontline fighter are over. As the F-35 enters service with the United States and with its NATO and Asian allies, the F-16 begins its long, well-earned flight into the sunset,” Mizokami said.