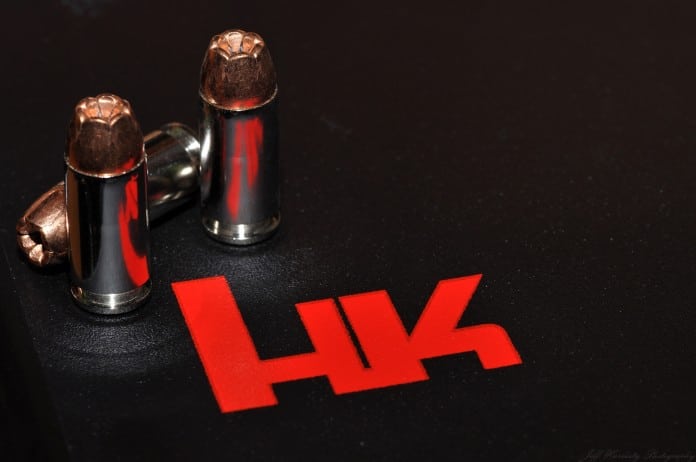 Heckler & Koch’s majority shareholder loaned the company 60 million euros of his own money to get the arms maker back on track.

“Heckler & Koch is an important element of the supply chain and the security infrastructure of Germany and its NATO partners,” Andreas Heeschen, the primary owner of HK and company managing director, said in a statement. “We expect Europe to become more exposed to conflicts on the international stage in future.”

Following the loan, which is equivalent to $64.5 million in the U.S., Heeschen hopes to reduce HK’s 300 million euro debt by a third and improve the company’s credit rating.

“With the reduction of our net debt, we want to send a strong signal to our clients that Heckler & Koch continues to be a reliable and growth-oriented partner,” Heeschen said.

In April, the German gun maker shifted focus by targeting civilian consumers in the U.S. rather than its traditional source of revenue from military and law enforcement contracts. The change follows the German Minister of Defense announcing it would phase out the HK model used as its primary small arms weapon.

The decision by German officials was released in a report in April that said the G36 rifle’s accuracy was affected greatly by temperatures 30 degrees celsius and up. The difference did not meet the German military’s standards.

HK has also experienced a number of legal issues. Earlier this month, six ex-HK employees were charged in by Germany’s justice department for illegally selling and exporting arms to Mexico.

At the end of October, the company filed suit against the German federal government for failing to process applications to export rifle parts to Saudi Arabia.