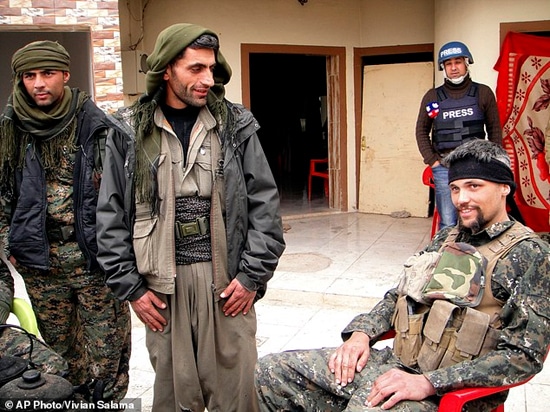 This used to be in the realm of fantasy for young men who read too much Soldier of Fortune growing up. It’s easier now than ever before to fight for any side of a conflict. Read up and leave us with your comments Mad DuoSome people miss war. Many of you, for example, would rather be back in Iraq or Afghanistan than doing what you’re doing now. We know this to be true, though there are no doubt a lot of civilians (or for that matter, veterans) who don’t understand the impulse.  Whether it’s because you’re restless, you miss the camaraderie or the clarity of combat, are miserable doing what you’re doing now or have simply forgotten how much it sucks, we’ve heard several acquaintances express their willingness to go back. A few actually have (or say they have) returned.

Sometimes you miss the fight. Sometimes you wonder what it would have been like if they’d given a war and garrison hadn’t shown up, or if they hadn’t had crayon-eaters writing the ROEs.

Sometimes you’re a dumbass who is fooling himself and doesn’t realize how good he has it now.

Regardless, increasing numbers of American volunteers  are making their way to the fight; many are rolling with the Kurds. Some are even joining “NGOs” of a sort who are actively recruiting – like Matthew Van Dyke’s non-profit “Sons of Liberty International” (q.v.) or other organizations with less notoriety.

A couple of days ago the New York Times ran an article about Patrick Maxwell, a man described as a former infantry Marine NCO from Texas, who recently spent some time with the Pesh Merga. Maxwell, who left the Marine Corps in 2011, was one of anywhere from 1 to several hundred Americans and other Coalition-nation veterans like Brits, Australians, Canadians (the number depends on the reporting source) fighting alongside Kurdish militias (particularly “People’s Protection Units”) as civilian volunteers. At least a couple have reportedly been killed.

According to the article,

The pair ended up in a ragtag infantry battalion on the front lines near Kirkuk, eating meals of rice and flatbread, traveling in beat-up, sometimes bullet-pocked trucks and sleeping on the floors of shipping containers.

“This is just like back in Al Anbar Province,” Mr. Maxwell said with a laugh in a video he made while speeding to the front lines in the back of a Ford pickup, holding a belt-fed machine gun. “Except we have no safety gear, no medical support and no air support.” 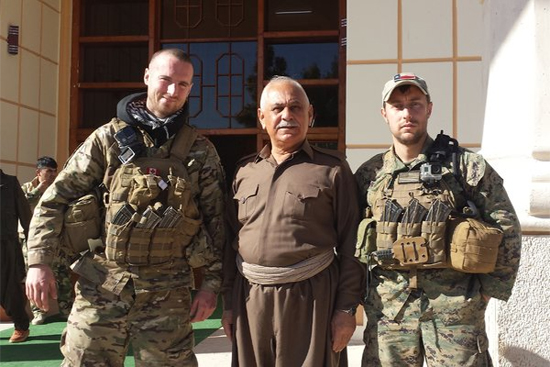 Read more at the Source Article from http://www.breachbangclear.com/bored-at-home-go-fight-isis/