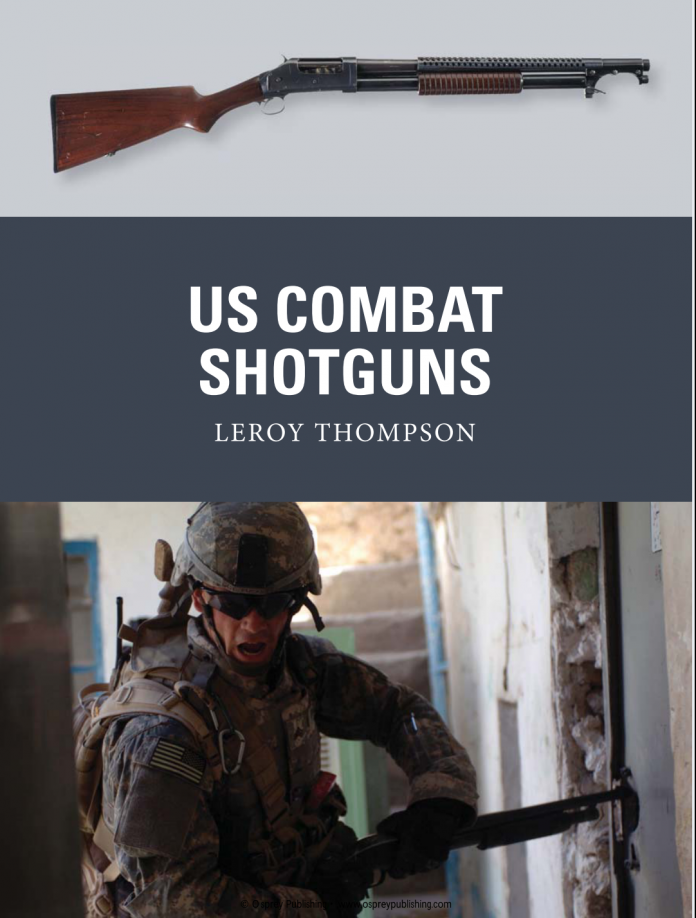 As a shotgun and small arms history nerd, books like Osprey Publishing’s US Combat Shotguns strike me just right. US Combat Shotguns is a quick read. It delivers a ton of information on the United States’ use of combat shotguns. The title literally says it all, and it’s one of the few books you can judge from its cover.

US Combat Shotguns is written by Leroy Thompson, who has been writing about guns for decades. He has several books to his name, with many published by Osprey Publishing. Personally, I’m adding a number of them to my list because I enjoy the format and information provided. 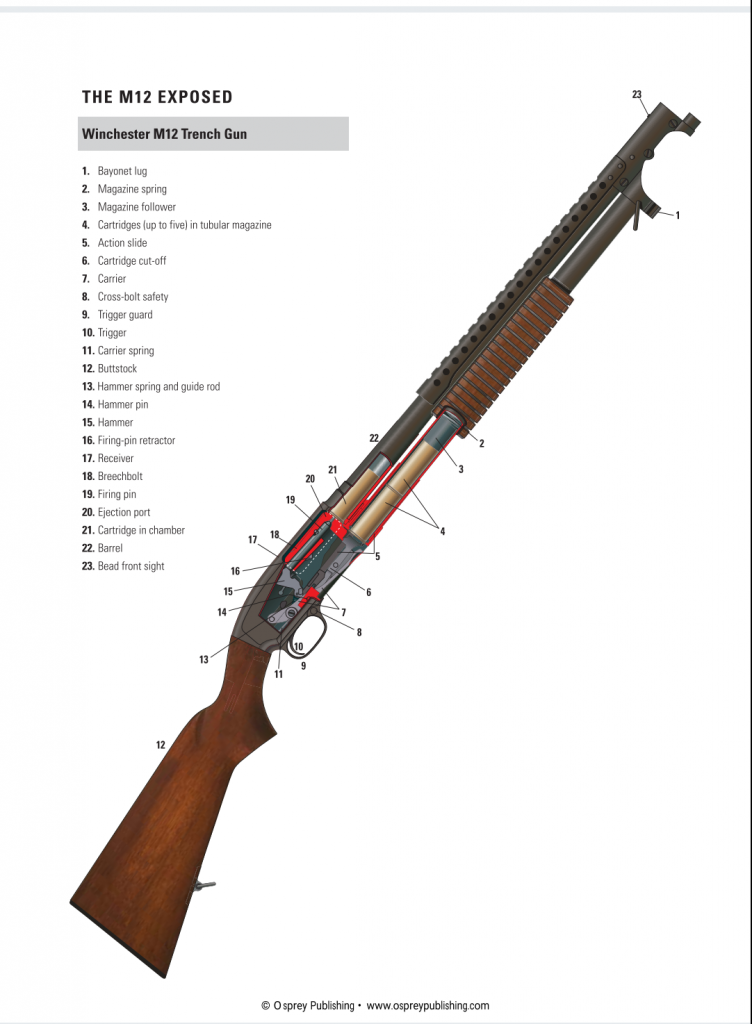 The book is a quick read at only about 80 pages. It’s a solid book that tracks US Combat shotguns throughout their inception in the United States. The book specifically focuses on the military use of shotguns and barely mentions police use, but that’s fine with me.

The book goes from the early days of buck and ball loads all the way to the Global War on Terror. Admittedly the front half of the book is a bit more loaded than the last half. The use of shotguns in the United States military has shrunk considerably. War has changed and the carbine has taken over.

US Combat Shotguns – Informative and Entertaining

From here, the book goes from era to era and discusses the type of shotguns and how they were used in that genre. They discuss advantages and issues based on the environment and situations soldiers and Marines found themselves in. 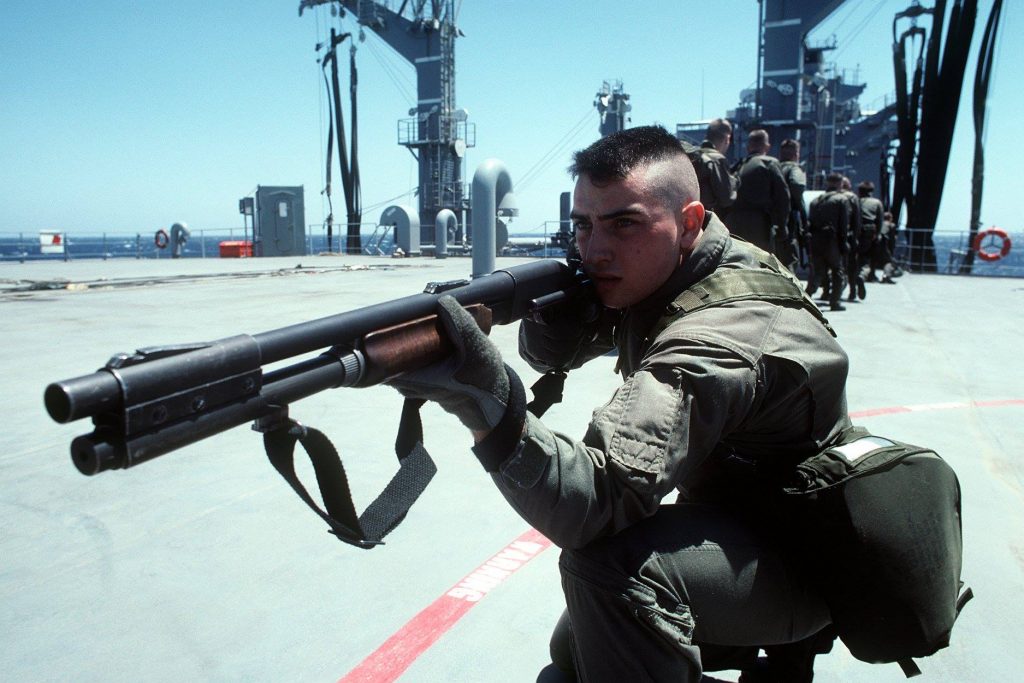 We get a great mix of both purely informative data and narrative from the men armed with shotguns in war. These include reports, excerpts from books, and many more that really flesh out the historical information with on-the-ground analysis.

In between learning that the Army ordered 22,000 Ithaca shotguns for Vietnam, you also read about a SEAL armed with an Ithaca 37 and another wielding the short-lived Remington 7188 and their impressions of the guns.

This mix of dates, quantities, and model numbers beside user-operated tales form an interesting, educational, and, yes, entertaining book. We can also see how shotguns have evolved for combat use and how much they’ve remained the same.

Along the way, there are discussions on ammunition, its evolution, and sidenotes into guns like the USAF M6 Aircrew Survival Weapon. These break up the focus on US Combat Shotguns and keep things interesting without getting distracted. 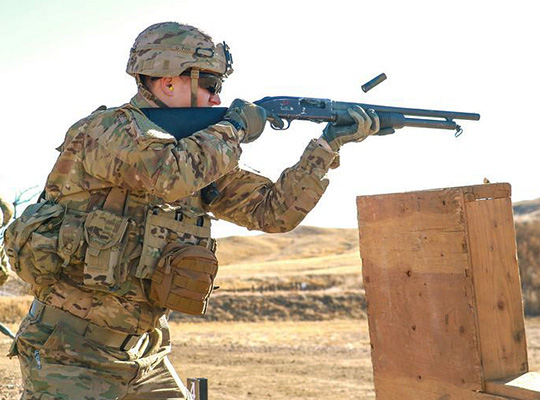 There are also some awesome pictures and diagrams that range from informational to historical.

US Combat Shotguns – My Complaints

The information provided is fairly high level. If you want an in-depth discussion of why the Mossberg 500 and Remington 870 replaced the M12, Ithaca 37, and similar shotguns, you won’t find it here. The terms trench and riot gun are thrown around a fair bit, but neither is defined very well. What makes a trench gun a trench gun? You don’t get that detailed here. 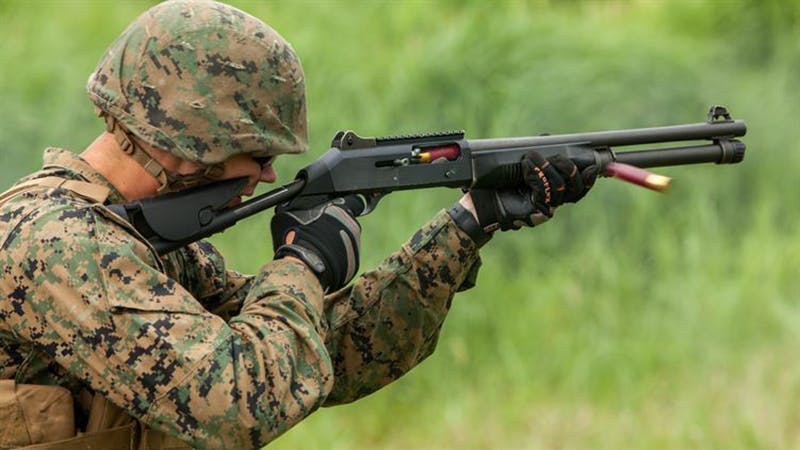 I’d love to see more information or even sidebars talking about the benefits of a gun with dual action bars versus a gun with a single bar. I’d like to have seen more on the shotguns used during the GWOT as well. It’s a bit glossed over, and while carbines rule, shotguns were used a fair bit during Fallujah and similar urban battles in Iraq.

Those are small complaints, and this is a great place to start if you have an interest in US Combat Shotguns. It’s less than 16 bucks and is available on Amazon. I’m about to grab the M16 book by Osprey Publishing as well since the Black Rifle is out of print. Sometimes we can take some time off from the range to learn a thing or two about our favorite firearms, and Osprey Publishing and their books seem to make that an affordable proposition.